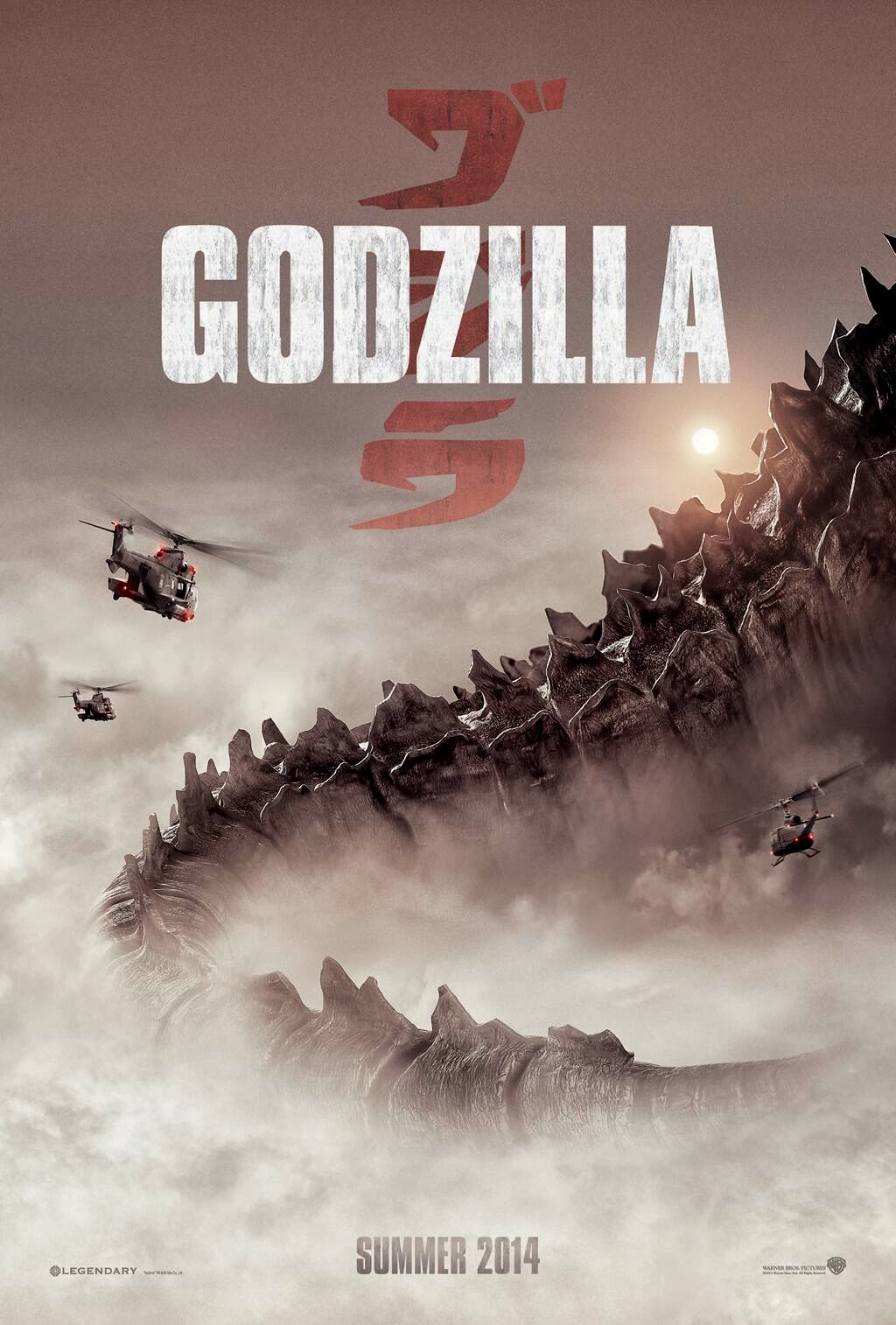 It is, sadly, my way: barely a day after announcing my intention to pause my blog, here I sit, blogging feverishly. The act of announcing my lack of interest in blogging, properly understood, provides an indicator that I am in fact thinking about my blog again (or else I just wouldn't be posting here at all); and through the act of acknowledging that my blog exists, and that I am thinking about it - even in the form of saying that I don't intend to write on it - I end up stimulated to do just that.

Ah, frailty; ah, self-contradiction. For the record, a similar phenomenon happens in my sex life, though I would prefer not to elaborate further here...

Anyhow: re-watched Godzilla tonight. I had had other film plans, but a buddy had never seen the original, Burr-less Japanese version of the film, and he's quite excited about the upcoming re-re-make of the film, helmed by Monsters director Gareth Edwards, so I had to re-adjust my plans. Glad I did, because I'm suddenly really excited about this remake, having revisited the original, since I can now see how Edwards is an inspired choice for a director. Monsters effectively conveyed the strange horrors of an alien occupation in America, and the difficulty of adjusting that its tattered survivors face. Godzilla, in the original - we can call it Gojira if you prefer - does much the same, showing the Japanese people's struggles to come to terms with the equally strange, but far more vividly real, horrors of Hiroshima and Nagasaki, unsubtly encoded into the film at every turn. While I was previously a bit puzzled by Edwards presence on a blockbuster, given how un-blockbustery Monsters feels (it scores about zero on the Michael Bay meter, which is one of the reasons it succeeds), now that I've refreshed my memory by actually re-watching the original, suddenly I can see that Edwards is a perfect pick. (One wonders if the new film will make reference, even obliquely, to Fukushima...).

What also struck me tonight was that not only is the pain and suffering of the Japanese people expressed in allegory in Gojira, but their tenacity, too. It's something I had not thought much on before, but witness the old professor (Takashi Shimizu, of various Kurosawa films): he admires the monster because it has had the capacity to absorb massive doses of radiation and survive - just like the Japanese nation did! Here we see, maybe, the earliest seeds of Japan's later love affair with Gojira, the first inkling that he might become somewhat of a representative of Japan: he may be a monster, but even in the first film, dour as it is, there is something to be admired in his fighting spirit, his gaman. His ability to survive parallels Japan's own.

There's also something about the character of Serizawa that struck me for the first time tonight - something more obvious, but which I hadn't reflected upon much before: that his ambivalence about using the oxygen destroyer to combat Gojira is meant as a comment on the lack of ambivalence on the part of the Americans about using their own new nightmare technology on Japan - and not only once, as Serizawa vows will happen with his weapon, but twice, in the bombing of Nagasaki. Serizawa's moral conflict (and ultimate self-sacrifice) valorizes the Japanese conscience, by contrast with the American: if you're going to invent a super-weapon, you should keep it secret for as long as possible, and if it really has to be used, you should make sure it is only used once and then never built again, even if it means burning your research and killing yourself. Not exactly how the Americans handled matters, eh?

Looks like the Gareth Edwards Godzilla is coming out in May. I don't expect it to be that faithful to the original, certainly don't expect it to be as grim - but it will be interesting to see what he does with it. An interview with Edwards and Bryan Cranston is online here, for an early inkling... Not often I'm particularly curious about a remake, but this time I am.
Posted by Allan MacInnis at 2:19 AM

I'm really excited about this one - the godzilla movies are among the first movies I remember seeing in a theatre. I even thought about hunting down the location shoots when I found out it was shooting here.