So the loonie store at Haney Place Mall brought in a bunch of $1 DVDs the other week (maybe they're actually $1.25 or $1.50, but cheap). Among them were two films I admired: Richard Linklater's Bernie, and Rodrigo Cortes' Red Lights. The latter is an intelligent and well-made, if somewhat manipulative, thriller about CSICOP-type investigators, played by Sigourney Weaver and Cillian Murphy, who run into problems when investigating a cunning, Uri Geller-type psychic (played by Robert DeNiro). It has a mere 29% on R/T, and was a box office failure, but quickly vanished from the loonie store table. I should imagine that anyone who picked it up had never heard of it before, since it only briefly flickered in theatres; no doubt, Maple Ridge being what it is, the presence of a few name stars alone was enough to convince them to check it out. I would further hazard a guess that when they took it home and watched it, they were pleased; it certainly gives you a buck-and-something's worth of entertainment, and proves to be exactly the sort of crisply-realized genre film it promises to be (if not a whole lot more).. 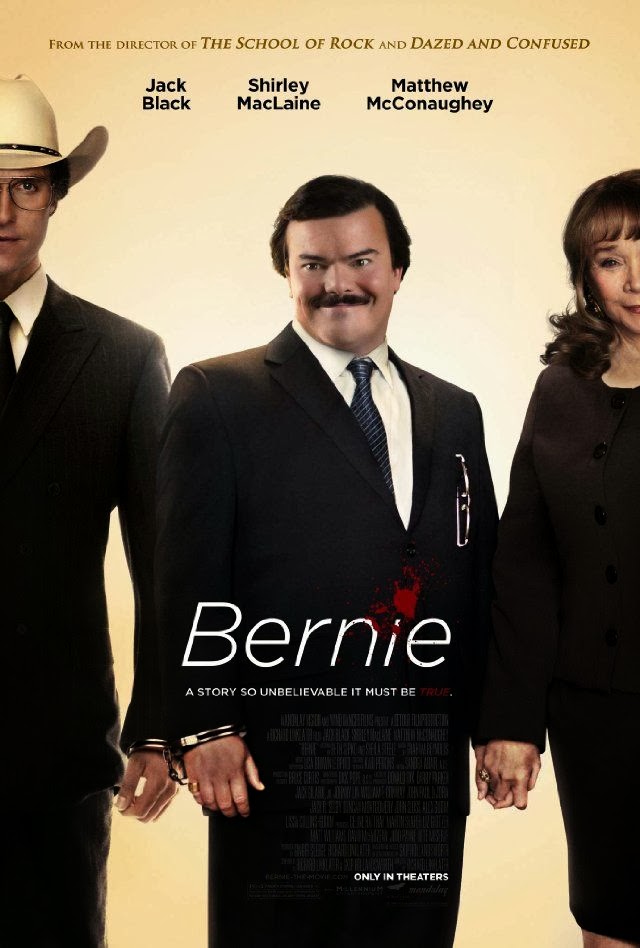 Bernie is certainly the more curious and ambitious of the two films, however. Directed by Richard Linklater (Slacker, A Scanner Darkly, School of Rock), it tells the story of a community-minded, harmless-seeming, possibly gay mortician named Bernie Tiede (Jack Black) who befriends an elderly, wealthy, difficult widow named Marjorie (Shirley MacLaine, who may not be as pretty as she was when she made her first film, Hitchcock's The Trouble With Harry, at age 20, but who certainly has retained her talent). Bernie ends up becoming her travelling companion and something of a kept man - though neighbours can only speculate as to whether the two are actually having sex. Eventually, their relationship takes a dark turn, which draws the attentions of the local district attorney (Matthew McConaughey). That's about all you really want to know about the film before seeing it, except that it is based on a true story, from 1996. The box art makes this clear enough, and if you happen to forget, the end credits show Jack Black talking with the real Bernie Tiede, as he prepares for the role; but what you don't realize throughout the film is that the various "witnesses" to the relationship between Bernie and Marjorie, who describe what they see in sometimes affectionate, sometimes scandalized terms, are actually the real neighbours and acquaintances of Bernie and Marjorie, being interviewed by Linklater in straightforward documentary fashion. Only the leads in the film are played by actors. Linklater does something I have not seen often in feature films, mixing re-enactments with actual documentary; it's not that formally innovative, since true crime TV does this sort of thing all the time, but it works quite well, and - if you don't realize what's happening at the outset - kind of catches you off guard when it reveals its method at the end. Add to this that Jack Black is really quite good, here, keeping his natural exuberance in check and creating a believable character, instead of just playing himself; I'm not normally a fan, but I liked him in this. The film gets 90% on R/T and was given an award for being of the highest-rated comedies of 2012; I would happily throw my vote in with the majority here. It's a good little film.

Well, guess what? I went back to the loonie store the other day. All the Red Lights were long gone, but there were still a few copies of Bernie on their display table. Curious if there were any other titles to be perused, asked if there was a section on the shelves where other DVDs were hiding.

Indeed, there was. This is what I found when I got there: 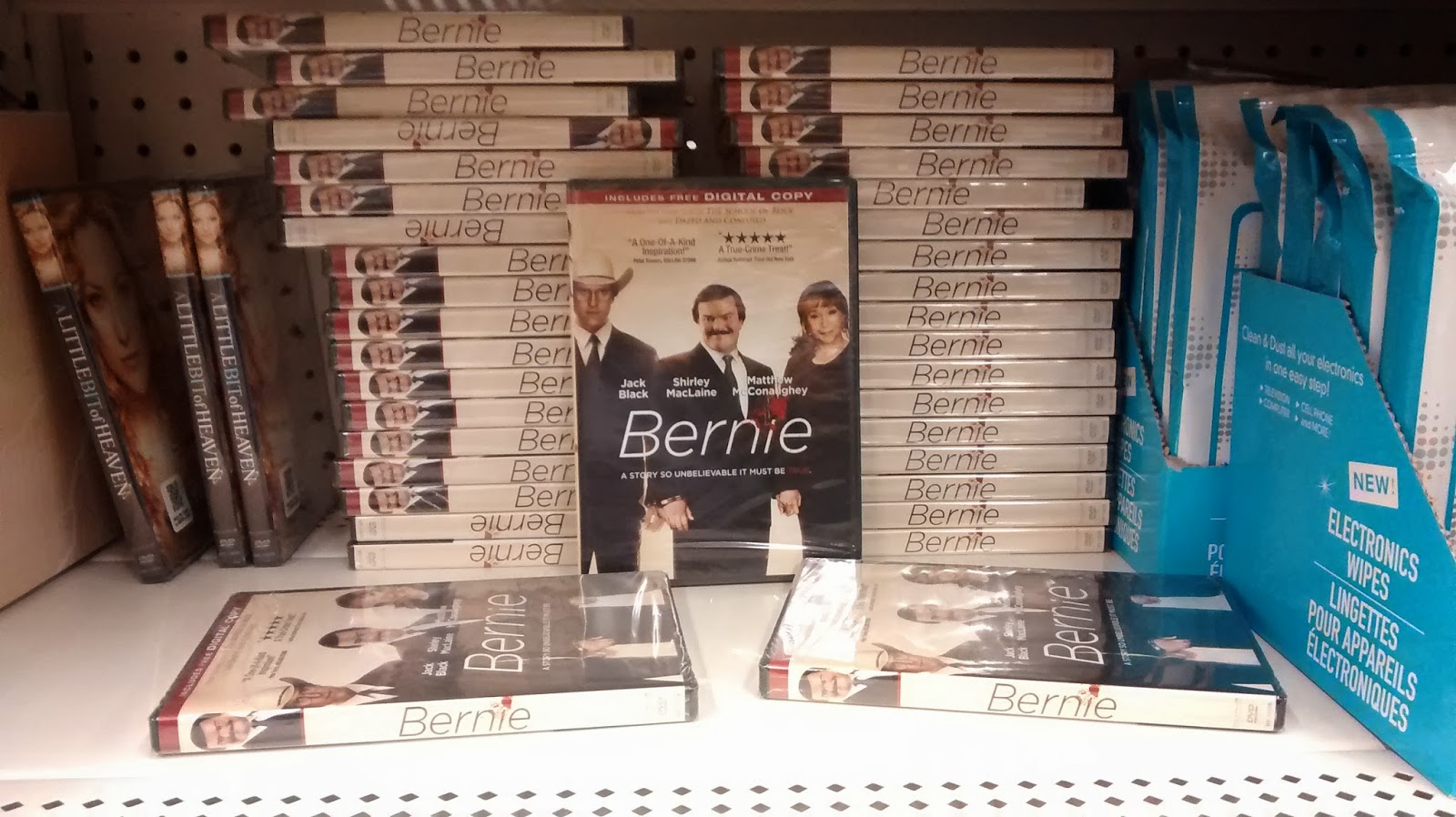