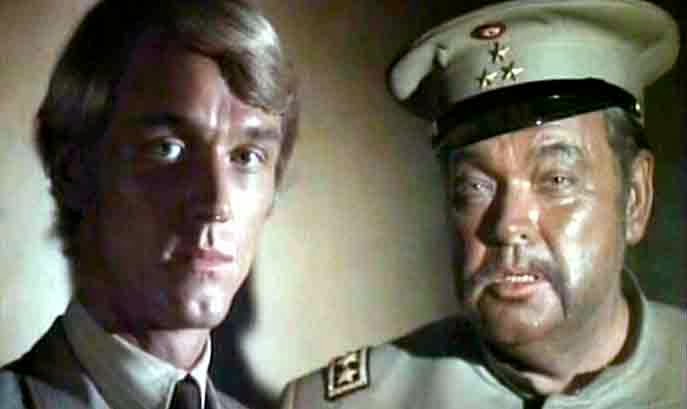 I always enjoy seeing British actor John Steiner (left, above, beside - wait, who is that?) pop up in a movie. 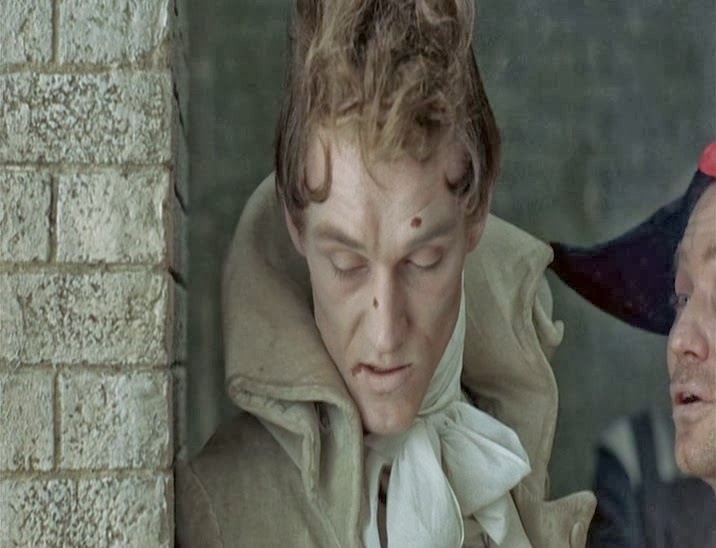 I first knew him from his role in a play within a play within a film, Marat/ Sade - aka The Persecution and Assassination of Jean Paul Marat As Performed by the Inmates of the Asylum of Charenton Under the Direction of the Marquis de Sade; it's an acid-soaked, disorienting, gleefully evil challenge to the viability of any form of revolution, as laid out by de Sade (played by Patrick Magee, whom cult film followers will recognize from A Clockwork Orange). Plus it's a musical! Directed by Sir Peter Brook, based on the work of Peter Weiss and the English-language stage adaptation that Brook had directed with the Royal Shakespeare Academy, the film features Steiner as a sex maniac charged with the role of Duperret, the suitor of Charlotte Corday (as played by a narcoleptic inmate being played by Glenda Jackson). Corday being the woman who ultimately stabs Marat to death in his bath. It's a dark, challenging film - but also a giddy, crazily energetic one that will make an impression on any serious cinephile. 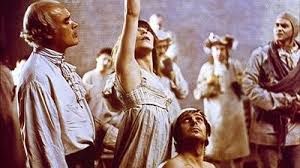 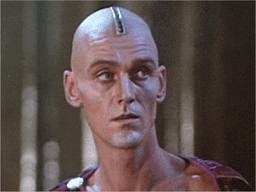 It was only some years after having first seen Marat/ Sade - one of those films you can watch dozens of times over your life and never get tired of - that I realized, when checking out the extras on the Caligula "Imperial Edition" DVD - that I had seen Steiner years previously, when, as a teenager, I watched Caligula with friends, mostly for its porn value. The extras for that disc are actually amply entertaining, and I kind of regret having sold it; the second disc features an alternate, porn-free cut of Caligula that actually! works! as! a! movie! ...and it also has an interview with John Steiner, who, it turns out, is now a real estate agent in California. (If you're looking to buy a house in the Hollywood hills, his official website is here). He had worked with Caligula director Tinto Brass on other films, and, it develops in the featurette, had a long career in Italian exploitation cinema, which I only began to mine a few years ago... 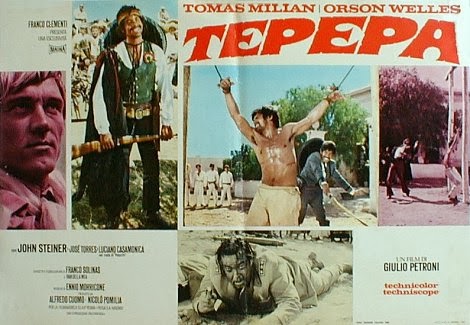 At least one of Steiner's spaghetti westerns is now wayyyy up there on my list of must-see Italian films: Tepepa is a "tortilla western" - set in Mexico during the revolution - that co-stars Steiner, Thomas Milian, and, yes folks, ORSON WELLES (in brownface, playing a corrupt Mexican comandante!). The production has also sorts of colourful anecdotes behind it, like Welles supposedly calling Milian a "dirty Cuban" and stealing film to use on his shoot of his own film, Chimes At Midnight. What makes it truly interesting for Steiner fans, tho', is that, like Marat/ Sade, the film, as co-written by Battle of Algiers screenwriter Franco Solinas, is very much also a questioning of the viability of revolution, a probing of the pros and cons, with Milian as a heroic, Che-like figurehead on the one hand and a murderous rapist on the other. The theme of whether bandits and criminals were actually revolutionaries of a sort was also explored by Solinas in his more prestigious collaboration with Francesco Rosi, Salvatore Giuliano, and to a lesser extent in his other spaghetti's, like Corbucci's uneven The Mercenary. If I were programming a double bill of classics of political cinema, I would probably slam Marat/ Sade and Tepepa together for the light they throw on each other, and for the sheer oddness of the pairing (though thematically they play on each other brilliantly, and like I say, they have a cast member in common!). 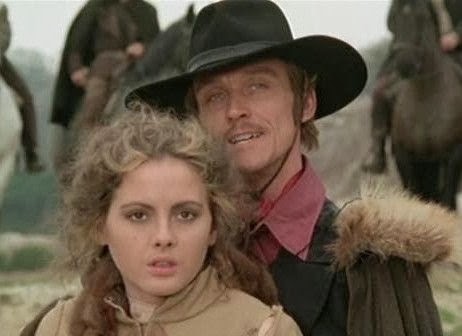 There are tons of Steiner Italian exploitation films I have not yet seen - he has a very long filmography, including classics like Tenebre - but the one I most wanted to ask him about was Mannaja: A Man Called Blade, one of the very last classic-period spaghettis. I fruitlessly Googled around for an hour or two after catching the film the other day, trying to answer a burning question: what the hell is up with Steiner's weird accent in that film? In his natural voice, the man speaks with the accent of an educated, mild-mannered Brit; but his character in Mannaja - an entertaining, stylish, violent, and surreal spaghetti job that suffers only from having not a single idea in it - toggles bizarrely between speaking a German-inflected, crisply Nazi-like English and a grotesquely slimy southern US drawl. What the hell is up with that? When Google proved unable to help - lots of people comment on his weirdo accent in the film, but no one explains it - I actually emailed Steiner to find out. Was he instructed to act with this bizarre dual accent, or was this a dub done in post-production, using someone else's voice?

The latter, apparently. Mr. Steiner informs me of the following:  "So often when a new sale occurs the distribution wants a redub. I did not remember that I had a German accent in this one. If there is one now then it was added as an afterthought."

Tell the world, folks! They've dubbed John Steiner!
(Many thanks to John Steiner for scratching my geek itch on this one...).

Posted by Allan MacInnis at 2:29 PM