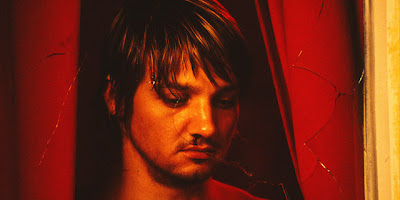 Happy Pride Week, folks! Since I've got nothing else remotely gay to share, the best queer themed movie I've seen lately was Dahmer, with Jeremy Renner; he gives a great performance (looking oddly at times like Rainer Werner Fassbinder), which we gather was the reason Kathryn Bigelow selected him for The Hurt Locker. If you've missed this'un, the film - which is actually very sensitive and non-exploitive, and will likely be more satisfying to queer audiences than horror buffs - implies that if Dahmer had grown up in a society more accepting of homosexuality - if he hadn't been so conflicted about being gay - he would have killed no one.

That's not quite the tack taken by My Friend Dahmer, a very provocative graphic novel written by someone who knew Dahmer in high school (a preview of the opening pages is viewable online here). A fast, compelling read, it offers a glimpse of Jeffrey Dahmer as a redeemable, tortured, but not entirely unlikeable teenaged misfit who was allowed to slip through the cracks. As someone who grew up weird and stifled in the suburbs, who got up to some strangenesses of his own (never on JD's scale!), I can identify with Jeffrey Dahmer far more than I'm comfortable with, thanks to these particular aesthetic experiences. Aren't the suburbs rad? Isn't art great? 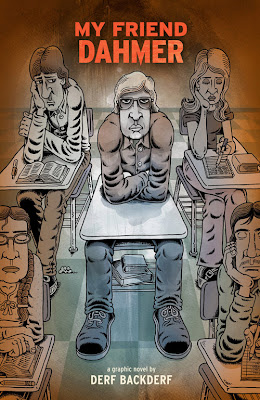 Speaking of art, the Dead Kennedys are coming, with new vocalist Skip McSkipster (their third, post-Jello; see him with the band here, opening with a weirdly non-updated version of "California Uber Alles," as if Jerry Brown were still relevant. Jello, of course, updated that song to take in Reagan and then Arnold Schwarzenegger, and it's my fervent hope that, if his political bids ever bear fruit, he will some day have cause to write a version about himself). They play October 2nd at the Commodore - an ambitious booking, if you ask me. Having seen the DKs at the York Theatre back in the 80s, and having been fortunate enough to have caught Jello Biafra live twice in recent years - see here for a concert review of his last Vancouver appearance, with great photos from Femke van Delft and Bev Davies, or here for his new song - I cannot for the life of me understand why anyone would want to see someone singing his lyrics in his place, especially knowing that all this is happening against his wishes; there's some basic does-not-compute, here, for me. I can only imagine going to see this show as a kind of Jello-bashing move, but in that case - if one really doesn't respect the guy - why would you want to see ANYONE perform DK's songs? And isn't punk supposed to be about authenticity? Isn't there something weirdly inauthentic, fake, foolish about the DK's touring without Jello...? I'd just as soon go see Doug and the Slugs performing without Doug... 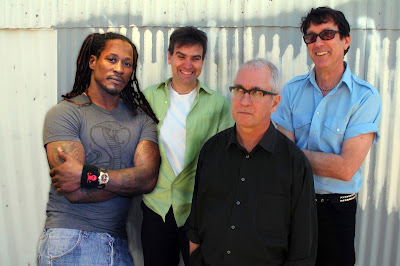 Dead Kennedys promo shot, 2008: I wonder which lead singer the guy in green is?

Then again, I'm a bit of a tribal animal when it comes to punk rock loyalties, so whatta I know? Pretty good interview with East Bay Ray here, and his new song is here, with his other band, The Killer Smiles. He DOES have a pretty cool guitar tone; I presume that song is directed at Mr. Biafra, though I haven't given it a close listen. Funny to think of it: I probably would go see a show by East Bay Ray and the Killer Smiles! (Or the three former Kennedys performing under any other name, doing original songs; that could actually be kinda cool).

As for upcoming concerts that DO excite me, there's Melechesh, who will be opening for Septic Flesh at the Rickshaw this fall. Livevan.com appears to be down at the moment, so I can't tell you when that is. If you like creative, heavy rock (and like the idea of a cross-fertilization between metal and Middle Eastern culture), click their name for a real treat.

Hope y'all are havin' a good summer! That's going to be about all from me for awhile, I have stuff to do, though I may link to other interviews elsewhere that I'm workin' on. Stay cool...
Posted by Allan MacInnis at 2:31 AM

Oh, thanks go to Eamon (Eamonn?) for turning me on to My Friend Dahmer!