Blog pause, plus the cellphone photography of Allan MacInnis

Well, at the start of last term I declared I was going to stop blogging altogether. It lasted two months. However, this term, I've doubled my courseload at UBC, and I really, really need to cut this out for awhile. Barring MAJOR DEVELOPMENTS, this blog is on hiatus. I mean it. Really.

Though you should all go see the Creaking Planks anniversary show at the Railway Club next Wendesday (at 8:30, as a "late show" second-billed to a free, I think, concert by Edmonton Block Heater at 7:30). And aren't we all delighted that the new Cronenberg and Polanski movies are playing? And there's a Tarkovsky retrospective at the Cinematheque (I recommend Ivan's Childhood) and next month a screening of The Wages of Fear. I'm not as familiar with the Vancity Theatre's upcoming films, and won't have time to acquaint myself, but there's a great series of films on newspapers, Stop the Presses, which features a highly underrated and very well-cast Ron Howard "comedy/drama" called The Paper, which I liked well-enough when I stumbled on it some years ago (Michael Keaton, Robert Duvall, Glenn Close, Randy Quaid, Marisa Tomei, and Spalding Gray star). Sam Fuller's Park Row will screen (I haven't seen it), as will a bunch of other films (including, of course, Citizen Kane).
The gem by me is Billy Wilder's Ace in the Hole, a terrifically cynical skewering of American media, screening February 2nd...

Oh, and did you notice that you can get an amazing Ingmar Bergman box set (featuring three of my favourite Bergmans - Shame, Hour of the Wolf, and The Passion of Anna) for peanuts at the HMV closeout sale? (There's about a week left, but their stock is badly dwindling. They also have a substantially discounted Murnau and Borzage at Fox box set - last I checked, there were about eight of them, marked down from $300-odd dollars to $80-something, on the main floor by the Burrard Street windows. It's still not in my price range, and they say there'll be no further markdowns, but fans of silent cinema who actually have money might want to check it out. Plans are also afoot for a birthday film event, too, though it may (or may not) run a little later this year than my actual birthday (so it won't conflict with classes). We'll see. THAT I will announce here, as it gets closer.

Meantime, to keep you entertained, here are some pictures (I'm told they're worth 1000 words each): 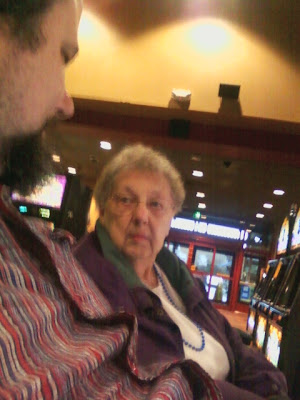 Mom and I go casino gambling! 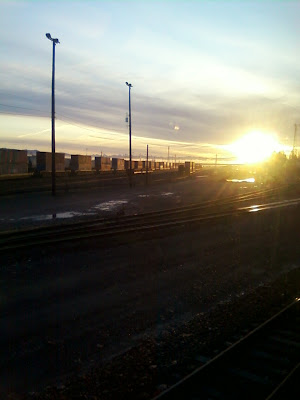 Shot from the West Coast Express: trainyards in Coquitlam 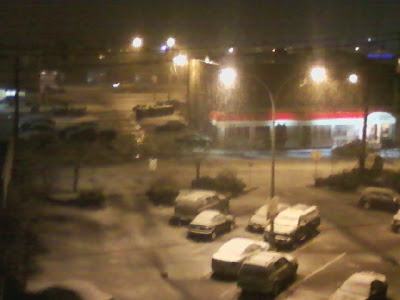 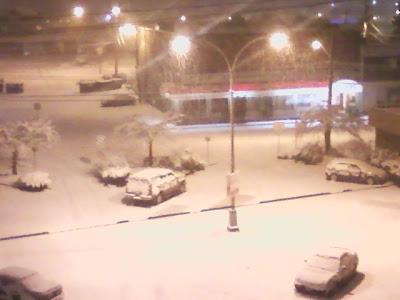 Tonight's snowfall circa 2:30 am 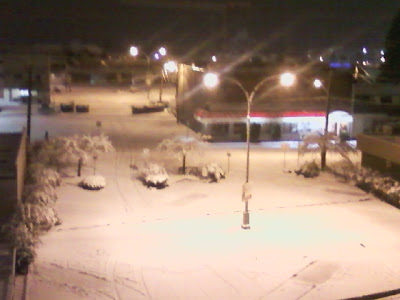 Tonight's snowfall circa 5am 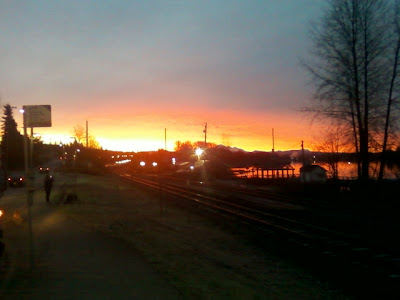 Sunrise a few days ago 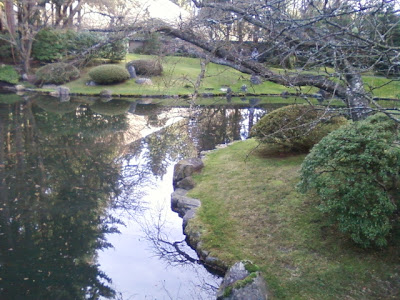 Pond at UBC's Nitobe gardens, the day before yesterday 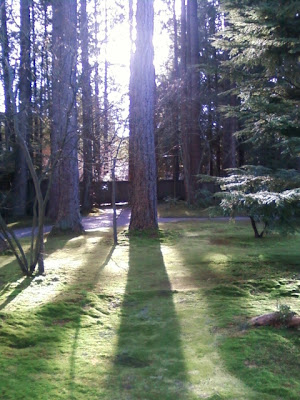 The shadow of a tree, at the same 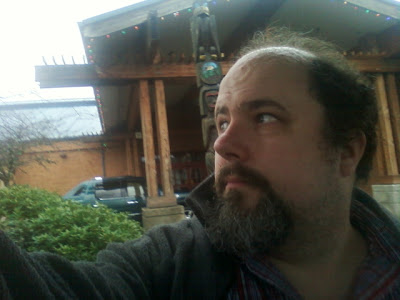 Posted by Allan MacInnis at 5:26 AM

I like the train yard shot a lot. See you when you return and good luck in school