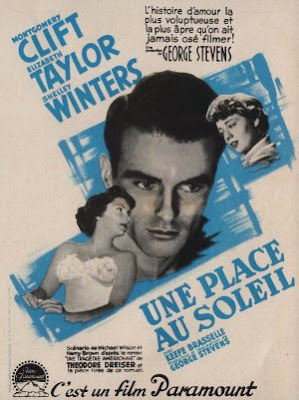 Some of y'all have holidays 'round about now, which makes this a great time to see some cinema. There's a bleak-as-a-winter-sky lineup post-Christmas at the Cinematheque that cannot be beat, if you like your drama depressing, beautifully photographed, and in black & white - the perfect antidote for all this damnable Christmas cheer!

The only thing I vividly remember from reading Larry McMurtry's 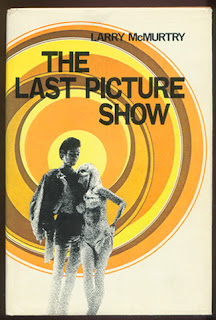 The Last Picture Show when I was a teenager was that there's a scene where the young Texan men in it get together in a barn to fuck some cows. McMurtry makes it sound like this was a normal thing for adolescent young men to do, growing up in Texas. It's presented in a straightforward, slightly sordid way that leaves you a bit benumbed - sort of Less Than Zero with udders. It made me very glad to not have been born in Texas, or, hell, anywhere in America, or, for that matter, on a farm (because really, who knows how widespread the practice is?).

I don't recall if Peter Bogdanovich put any cowfuckery in his film version of The Last Picture Show. It's a rather heartbreaking film, as I recall, with fine performances from Jeff Bridges, Cybill Shepherd, and a very engaging actor who seems to have disappeared from high-profile cinema, Timothy Bottoms (he of The Paper Chase and Love and Pain and the Whole Damn Thing, both highly enjoyable films in their own right). There's a new 35mm print set to open at the Cinematheque on Monday the 26th; there's even an early show on the 29th, at 4pm, that allows you to see it as the first film in a triple bill, with one other great drama and one film that, while I haven't seen it and so can't honestly vouch for it, sure SOUNDS interesting enough.

The other great drama is A Place in the Sun, adapted from Theodore Dreiser's An American Tragedy. Any punks who read this blog might care: if you don't know what the Clash's song "The Right Profile" is about, it's about the prolonged self-destruction of the film's star ("the longest suicide in Hollywood history"), the highly charismatic, somewhat tormented, and very talented Montgomery Clift. A Place in the Sun is the second film mentioned by Joe Strummer in the song (which mentions most of Monty's career highs, though misses an underrated Hitchcock he did, I Confess... Strummer also namechecks The Misfits, playing on the 18th at the Vancity). I haven't seen A Place in the Sun in a long time, but recall it being a tragic tale of how class distinctions function in America and can sabotage relationships (I believe I am putting it mildly). The film might also be of interest for anyone who wonders why the hell Elizabeth Taylor ever became famous (this and Who's Afraid of Virginia Woolf will both answer that question, though she's actually quite beautiful in A Place in the Sun. An old sorta-girlfriend of mine used to get compared to her... sigh...).

By the way, I'm not trying to be precious in putting up French movie posters - they just looked best of the ones that turned up on the Google search! 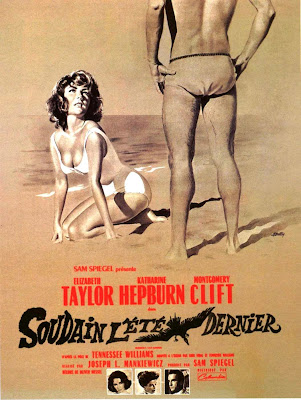