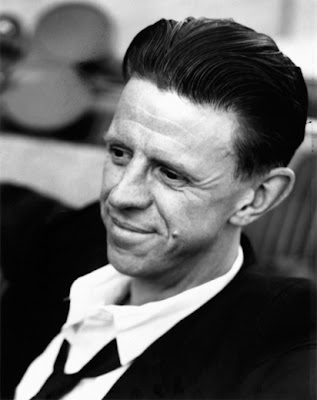 Those of you who enjoyed Straight To Hell Returns or my interview with filmmaker Alex Cox (below) are directed to the Big Takeover website, where I've published a much longer version of the same! Added stuff at the beginning, middle, and end, so you gotta read it all again, but I think it's worth it... Though do note that I left out the fact that the second interview was cut short because one of Alex' dogs started taking a shit on the floor in front of him! (A first for me, to be added to other firsts, like the time Tom Holliston asked me to look up an Indian restaurant's phone number so he could order dinner, lacking a phonebook in his new apartment... Something about firsts makes them memorable...!).
Posted by Allan MacInnis at 6:39 AM