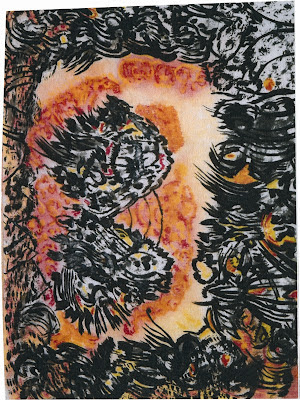 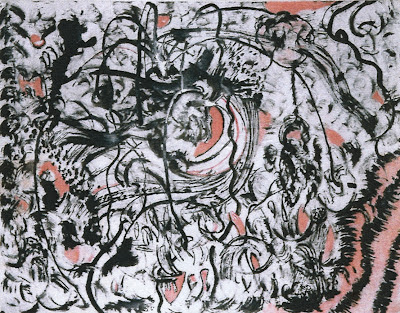 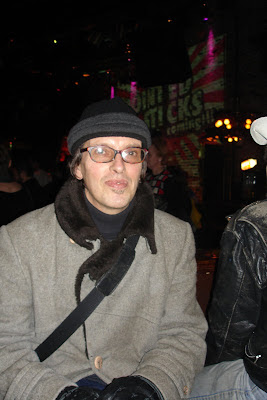 Just interviewed Vancouver "New Wave"/punk/anti-folk pioneer, painter, and filmmaker Tim Ray for Discorder, about some really cool, relatively unheard music of his, his time as a visual artist in New York, and various other such things; alas, Discorder didn't use any of the images he passed on! Thought I'd post them here so people could see his work and what Tim looks like these days. Photo by Victoria Hollingum, taken at the Pointed Sticks' Vancouver afternoon reunion show, where I ran into Tim in the audience. Thanks, Vic!
(By the way, the interview also features quotes from the Pointed Sticks' Bill Napier Hemy and music critic and guitarist Alex Varty, who were both in one of Tim's bands together and have fun stories to tell). Alex Varty is dying to get into a band, last I heard, so if anyone needs a twisted avant-guitarist for their project - seek him out!
Posted by Allan MacInnis at 5:03 PM

Lenore Herb has recorded a wide-ranging (video) interview with Tim, she can be reached through Facebook or VDOC.

Hey, Hello Tim from your old friend Nicolas (the painter) in Paris during the year of 1982/83!
Make some news since this time!
you are the best people of Vancouver - Yours paintings are very good - see my site: http://www.nicolasfurstenberger.net/

Hello Tim Ray - from your old friend Nicolas (the painter) in Paris during the year of 1982/83 - Make some news - your paintings are very well (fine) - Go to see my site Internet: http://www.nicolasfurstenberger.net/
By- Ciao Bello!

hi mark, is the interview in discorder still available on the net somewhere?

Name's Allan, not Mark. It's not online. Email me (there's some sort of "contact me" option through this blog - go poke around my profile or such) and I'll send you a copy, if you like.

sorry al, i was having a seniors moment, pardonezmoi... tim and i are talking together at this moment .. i've just created a myspace for tim .. it's www.myspace.com/timrayband .. so i wanted to link to your article and put in a couple of quotes if that is ok with you ..