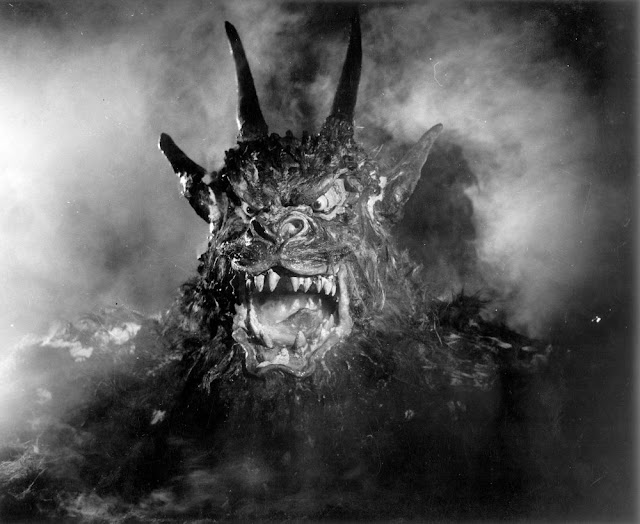 For awhile now, I've been hoping for an occult-themed horror program to play at a Vancouver arthouse, with films like The Devil Rides Out (coming out soon on Blu-Ray!) or The Devil's Rain, for example. But while I wait for that to happen - it may never! - this is a great idea for a Hallowe'en program: a series of British folk horror films, including Kill List, The Wicker Man, and best of all, Jacques Tourneur's Night of the Demon, screening at 6pm tonight! 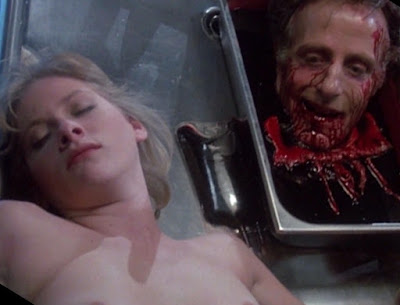 Kudos also go to the Vancity Theatre for programming the (delightful, giddily gory, and ridiculously fun) Re-Animator, this Wednesday. Obscene visual puns about the giving of head aside, it's actually a fairly faithful adaptation of the HP Lovecraft short story, though not even Lovecraft can prepare you for how over-the-top the film gets. It is delightfully paired with an even more over-the-top horror film by one of the people behind Re-Animator, Brian Yuzna, called Society. Gore has seldom been so effectively used as political allegory, if my memories of the film are correct; it's almost like an early Peter Jackson film, but with a targeted streak of class rage at its core. It ends with an orgy of gore that must be seen to be believed: 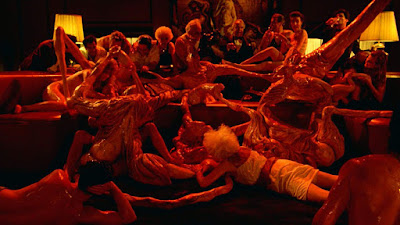 I am more excited by the Wednesday programme (of two John Carpenter favourites, Halloween - a film and a franchise I am, frankly, tired of - and The Thing) that airs on the Big Day itself, but what the heck, Carpenter is also fun, and The Thing is a great film (I might go just to pay homage to the late, great Donald Moffat, who is the guy who doesn't want to spend the rest of the winter "tied to this fucking couch!" And let's not forget David Clennon's delightful line delivery for "you've gotta be fucking kidding me.").

The Rio, as they often do, aims for crowd-pleasers, but I can see people getting out for Beetlejuice, What We Do in the Shadows (which I almost typo'd as What We Do in the Closet!), and The Exorcist. Much as I love some Friedkin, that's another horror movie I am a bit tired of, but I can watch the stuff with Max von Sydow squaring off with Pazuzu in Iraq over and over again.

For less obvious crowd pleasers, I would recommend checking out the rental event at the Cinematheque on the 29th, curated by the director of the short film I was in recently, Fun and Games; "The Maestro" Shane Burzynski will be presenting The Living Dead at the Manchester Morgue and Fulci's legendary Zombie, sometimes described as a sequel to Dawn of the Dead. I am happy to see Shane get on board with 4K digital restorations, since some of the film prints he's sourced at past events (at great expense and effort) have turned out to be pretty damaged. The Living Dead at the Manchester Morgue is a fairly obvious homage to Night of the Living Dead, but has cool zombie effects, and is interesting simply for being one of the earliest British zombie films, under the modern-day understanding of the term "zombie," anyhow. (There are doubtlessly a few earlier "voodoo zombie" films from Britain). 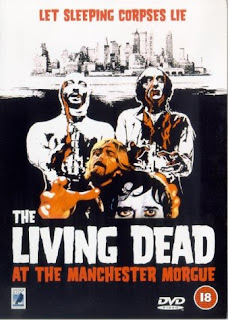 Fulci's Zombie, or Zombi 2, meanwhile, has the interesting distinction of trying to link up the modern zombie phenomenon with Haiti, has one of Fulci's more memorable "eye-damage" moments, and contains as a set piece that legendary scene that inspired the bandname Fake Shark, Real Zombie, though in this case, it's a fake zombie and a REAL FUCKING SHARK. 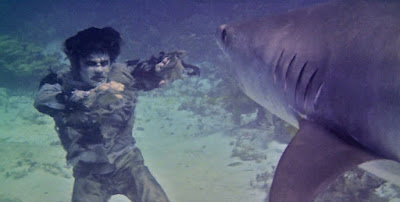 You haven't seen a zombie fight a shark before? Really? You should see this film. I mean, it's a Fulci film, and not one of his inspired masterpieces, like The Beyond, but it's still a lot of fun. I like that Shane is choosing two films that have great and obvious debts to the first and second Romero zombie movies; it's nice to be able to appreciate Romero through his influences and progeny (it's not just Greg Nicotero, folks!).

Meantime, you home video fans should definitely catch The Devil Rides Out, with Christopher Lee as a virtuous occultist trying to rescue a friend from the hands of an evil cult. I think it hits shelves on Tuesday. It is cool enough that Electric Wizard ripped it off for an album cover (using the image from a version of the film with a slightly different title, but no matter). Do you need further testimonials? I  mean, this is Electric Wizard we're talking about. 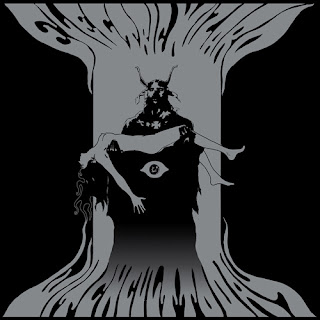 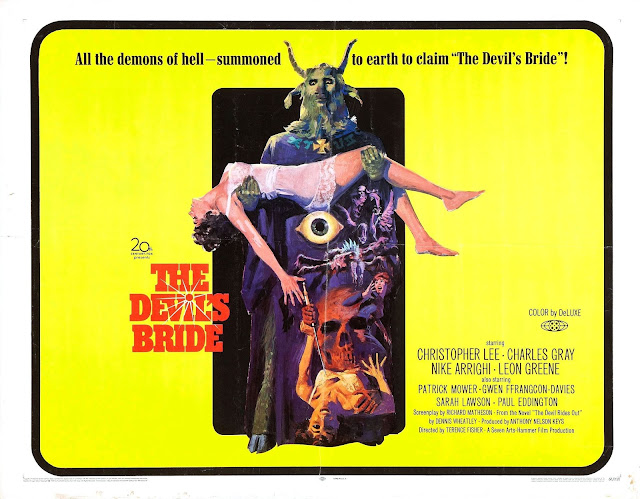