Shane Burzynski's Fun and Games, this weekend at the Badass Film Festival, plus Amazon Hot Box and Lesbian Anilingus and more!

A short movie, mind you - Fun and Games, directed by Shane Burzynski of the Northwest Horror Show. It's playing in the North American shorts program of the Badass Film Festival, this Saturday afternoon at the Vancity Theatre. Adrian Mack has given me a nice plug on the Straight website. (Does their rendering of "anilingus" seem right to you? It seems more like it should be "analingus" to me, but that also seems a bit wrong, since it makes me want to read it in a way rhythmically similar to "analogous," stressing the second syllable. Actually, I am not sure there is an established spelling convention for the word; Wikipedia offers both, and a diagram, if you're at all confused as the nature of the practice. [Why do they use lesbians for that diagram, I wonder?])

I should note: the anilingus/ analingus is in a different film - Amazon Hot Box, an homage to Women in Prison films of yore, also playing at the Badass. Come to think of it, that anilingus is probably of a lesbian variety, too, as is the analingus in Jess Franco's Wanda, the Wicked Warden, which the film is presumably riffing on - though note, as with all WIP films, these are the lesbians of the horny straight male imagination, who bear little resemblance to the real deal, many of whom I am sure are sick of/ offended by these cheap caricatures; I wonder if Amazon Hot Box addresses any of these issues, by having less cartoonish, more developed, less villainous lesbians? (The poster, below, makes me think, "no"). Lesbian-friendly or not, Amazon Hot Box stars Vancouver's own Tristan Risk, and is apparently a lot of fun if you're a WIP fan; I have not yet seen it (and am not a huge WIP fan; my favourite film in the subgenre is a serious 1955 noir called Women's Prison, with Ida Lupino, and that film doesn't even have a shower scene, so that tells you where my head's at; though I am game to try this). 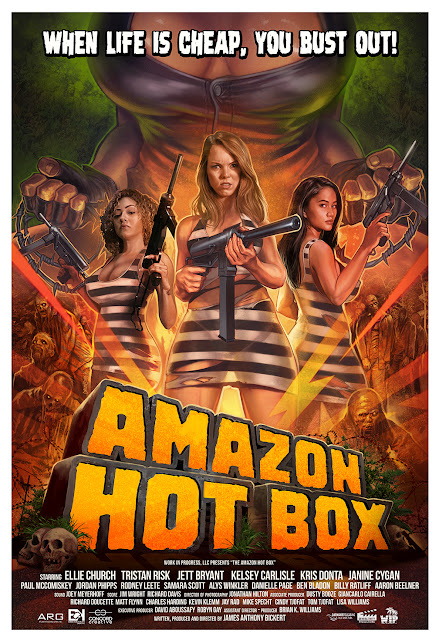 As for Fun and Games (where no asses are licked, lesbian or otherwise), I play a father whose badly-secured handgun is found by his young son, Anthony (played by a terrific local child actor named Jaden Oehr, who is also in Riverdale). Anthony treats the gun like a toy, and runs off to show it to his buddy (Julien Rayne Delong), with neither of them seeming to realize just how dangerous it is. You can see the trailer here - it's a pretty great trailer, actually, though you don't see me in it. The t-shirt I am wearing in the film belonged, in fact, to my own father (it's an "I've Fallen and I Can't Reach My Beer" shirt). The film has a great premise - the centrepiece of the film, two children playing with a loaded gun, is so inspired that I can't believe I've never seen its like before. 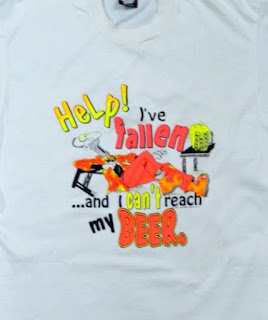 So with no further fuss, here's a brief interview with the director, Shane Burzynski, who will be at the screening (as will I). See you Saturday? 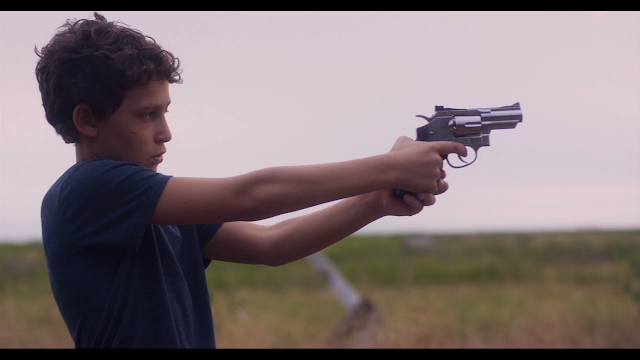 Where did you come up with the premise for Fun and Games?

The idea for the film actually came from a scene in Ingmar Bergman's The Silence. There's a scene in the movie where a little boy is running around a hotel with his cap gun and has a moment where he stares down an employee who's changing a lightbulb and pretends to shoot him. It just sort of made me think "what if the gun were real" and then I just thought that a child with a gun could be an interesting premise for a short film. After that the idea for the ending came to me and it all just fell into place after that. Its the only script I've ever written with ease!

How did you find your cast?

Casting calls were set up by a friend of mine who was set to produce this short originally. Unfortunately she had to bail out just after we set up the casting call, but she posted on several groups. For your part I just had you in mind from the beginning as I thought that you had a look close to what I wanted for the father.

Your director of photography, Turner Stewart - (who I see also worked on an upcoming horror film with Larry Fessenden!] has a fantastic eye, and really did great work making the film look stellar. Where did you find him?

I know Turner through Vince (D'Amato) and what used to be Shivers Film Society, he and Dionne (Copland) were helping Vince with Cinemafantastique and the rest of their screenings and we just became friends through that. We both have similar tastes and want to make movies so it all just made sense.

All three other crew members [also including First AD Tonjia Atomic, director of Manos Returns, and Jordan Barnes-Crouse on sound] are award-winning filmmakers themselves with a decent amount of stuff under their belts. 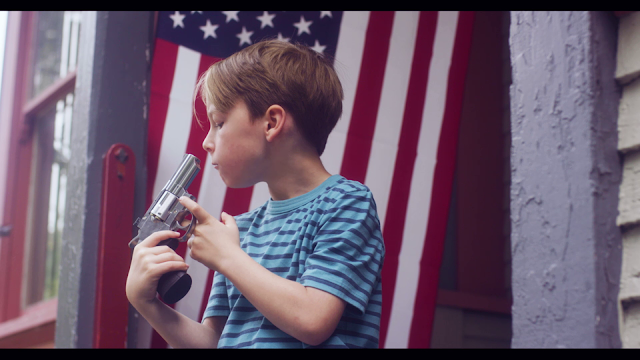 Do you have any experience with guns? Do you know anyone who is pro-gun? Are you worried about reactions from "the gun people" out there?


I actually really like going shooting! Guns can be fun and I enjoy going to the gun range but not *everyone* should have guns like so many people down south like to think they should. A part of me is a little worried about potential backlash and I have already started making my social media accounts private just in case, they can get childishly defensive (offensive) with people who criticize their ways.

As I recall, there was talk of Trump on set - my character is a Trump supporter, I gather. Are you concerned about the film getting tagged as anti-American?

I wouldn't really call it anti-American so much as anti-NRA/Conservative "Patriot". It makes me sick to my stomach how far some of these idiots take their "culture", like how you can open carry an assault rifle to a vigil filled with children uniting against gun violence. That's a point where you should really be re evaluating your life as far as I'm concerned. Its why I wanted to make them look as foolish as possible in this short. 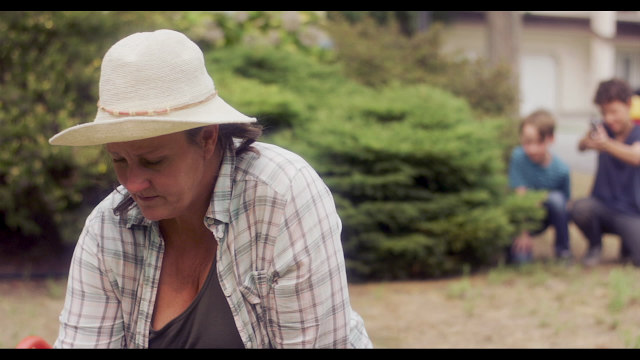 (Isabelle Bottin as the neighbour)

Were there any interesting behind-the-scenes stories from the shoot? Any lucky accidents? Any near disasters? What was the hardest part of putting the film together?

Surprisingly, shooting was when things actually got easy! Wrangling everything else together to GET to shooting was the true test of my patience. People were dropping out left and right for all sorts of reasons and it was hard to find the locations when we couldn't pay for them or for permits. I was truly amazed that we managed to pull off a shoot with two kids wielding a realistic gun inside the city limits with zero hassle from anyone.

Anything else to say about Fun and Games, or Badass?

Overall Fun and Games is the first project I can say I'm satisfied with. There's still some little tweaks that I need to make like erasing some things off the gun but in terms of story and direction is definitely my proudest work. I'm really glad that we have Badass and that David and Marc are keeping things going so well and giving these films a chance to be shown on the big screen. Hopefully we'll have some more stuff for next year as well.

More information on the Badass Film Festival, starting tomorrow at the Vancity Theatre and ending Sunday at the Rio, is online here (VIFF) or here (VBAFF). Facebook page for Fun and Games here. 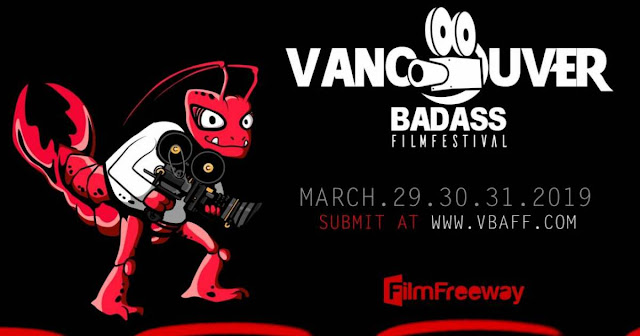