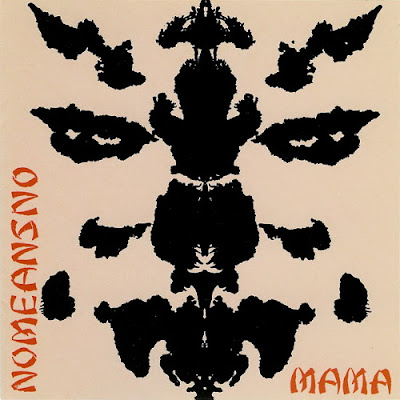 I once owned the LP of Nomeansno's Mama. Privately pressed in a run in the lower hundreds, it was already scarce by the time I bought it, circa 1985, at a long-gone store called Main Street Records on Granville Street. I paid $10 for it (they didn't know what they had). Years later, for reasons I forget (...being broke?) I made the foolish decision to sell it to Ty Scammell at the Vancouver Flea Market, who gave me a then-high figure of $80 for it; I've missed it since. Where it ended up after Ty's death is anyone's guess; the copy currently on eBay is not that one. Just as well: if it were that selfsame record, I might be more tempted to bid on it, for sentimental reasons - bringin' my Mama home, and all. Given that the one that's up for bid is mildly warped, and I have a turntable that is very, very sensitive to warps, and that it is currently bid up to over the $200 mark, it's best that I just let this one get away. Maybe I'll find the album in a thrift store someday...
Posted by Allan MacInnis at 3:43 PM