Pointed Sticks play to the streets, plus NEW SINGLES (and a wedding)

Some of you may have noticed the news - Pointed Sticks frontman Nick Jones married Dale of the Dishrags (AKA Chris Lalonde) early in October. "We've known each other for 43 years," Jones tells me, and have been together for the last ten. "No real reason to get married now," he adds, "except that I'm madly in love with her. It was a tiny ceremony, 14 people, all family, in our backyard." 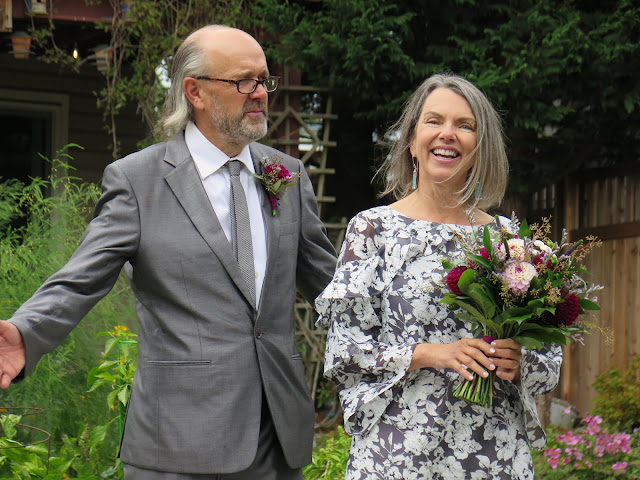 Congratulations to Nick and Dale! Their wedding is not the only band news, however. The Pointed Sticks have two new songs, the bubblegum pop tune "Here Again" and the more rockin' (and swingin') "There's the Door" - the first of a few singles they'll be releasing on Bandcamp, conceived of as the A and B-sides of a 45rpm single that does not physically exist (and likely never shall). By way of explanation, the band writes in a recent press-release-cum-manifesto, "the main platform for music now is the single song digital download. For whatever reason, people no longer seem to engage with an entire album's worth of music. Which got us to thinking."

The Pointed Sticks were, they write, "transistor radio kids. All raised in the Sixties on a steady diet of
Top 40 music. Luckily for us, the charts then were populated by an incredible wealth of talent, ranging from perennial chart toppers like the Stones, Who, Kinks, and Fab 4, to amazing one hit wonders like the Count Five, the Crazy World of Arthur Brown, the Easybeats, and many, many others. Singles were the thing. LP’s like Gunfighter Ballads by Marty Robbins or Whipped Cream and Other Delights by the Tijuana Brass were for parents only. The bands we liked, their job was to come up with a new 45RPM every 6-8 weeks or so, and the creativity involved in doing so was off the charts."

Then came punk rock, and suddenly 45s - cheap to make, easy to sell - were back in vogue, with the Pointed Sticks releasing some classics themselves, including one, "Out of Luck," on esteemed UK label Stiff Records. 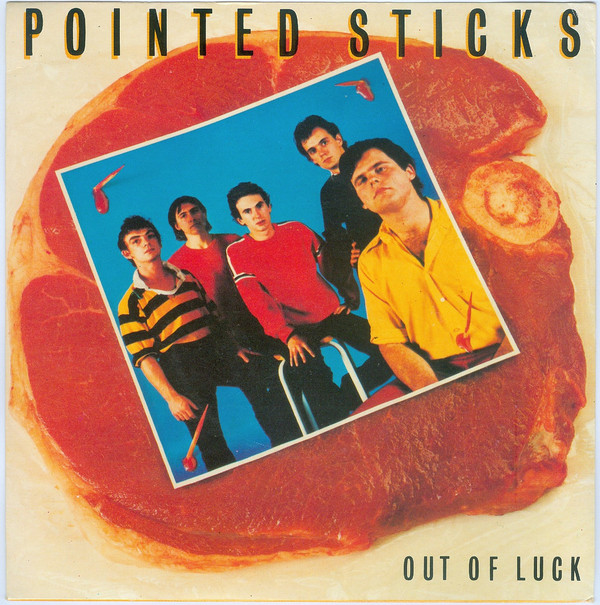 So with the musical landscape shifting away from LPs again, the band figured, "Why not try, in a modern way, to release our music in the same format that had captured us so completely twice before?...And that is exactly what we are planning on doing with our new songs!"

Which, again, is not to say that there will be physical copies of these, but still good news the Pointed Sticks will be releasing two songs on Bandcamp every month, at intervals of about six to eight weeks, priced at $3.49 each. (They chose Bandcamp because the site "recognizes the value of the artist and compensate fairly." They're certainly my main choice of streaming platform - I don't truck with Spotify or any of that, precisely because of the issue of payment to artists).

"As for the songs themselves," the manifesto continues, "we think they stand with the best work we’ve ever done. Lyrically somewhat existential, musically somewhat outside our normal box, but ultimately PS songs through and through, and reflective of all the influences we’ve absorbed throughout our lifetimes." 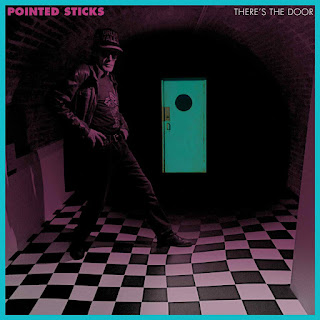 The Pointed Sticks also have a free gig planned for this coming Sunday - what Jones says "will probably be our only gig until the mandates expire (so maybe ever!?!). No interest in playing to an all seated, all masked, no dancing audience." They'll be playing from the roof of Chapel Arts, our favourite funeral-home-converted-into-concert-venue, with the stage facing towards Dunlevy Street (which will be blocked off), as part of the ongoing Heart of the City festival - the full schedule of which can be found here.

Guess I'll see you in the streets Sunday? 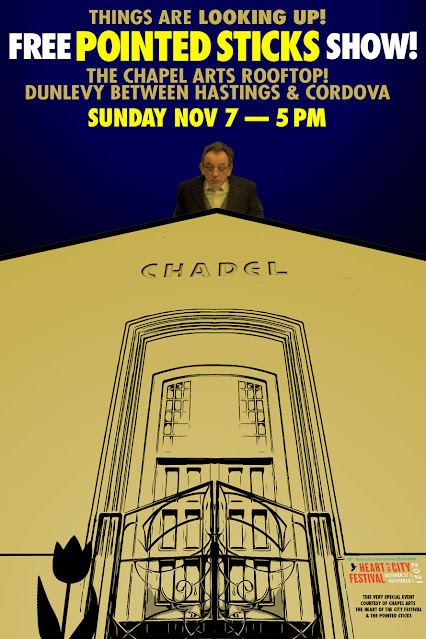 Posted by Allan MacInnis at 8:10 AM