The following is about the Saturday evening "chapter" of the Iron Road Re-Ruin Festerval, featuring Car 87, Real Problems, Motorama, Shockload, the Wett Stilettos and Piggy. The Facebook event page is here, and see below for three other pieces remembering Iron Road Studios. Note: the Sunday evening of the fest has been cancelled!

Also  note: an early version of this mis-identified Lisafurr Lloyd as Gerry-Jenn Wilson. My bad! Sorry! 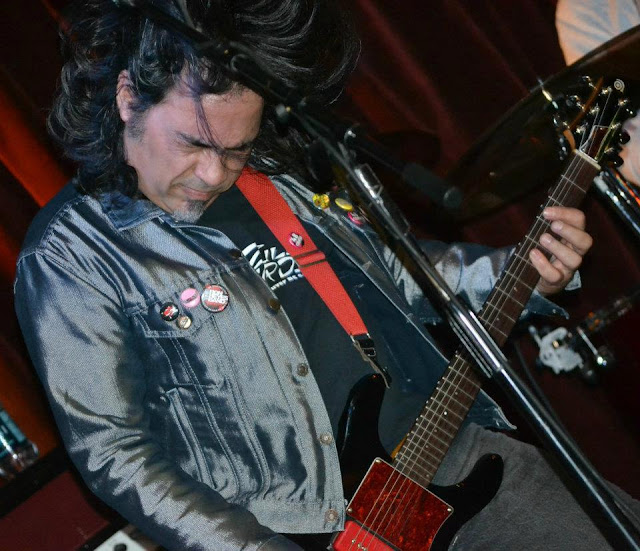 Photo courtesy Ron Reyes, not to be re-used without permission

Ron Reyes of Piggy (and formerly, a famed California punk band) was present at the recent Chip Kinman / Dils/ Three O'Clock Train event, last month at the Rickshaw, and was, in fact, the first person I spoke to about possibly covering the Iron Road Re-Ruin (Orchard Pinkish, also in the house as a performer that night, was the sec

ond). I had previously spoken to Ron for the Straight about his decision to retire Piggy, back in 2016, and - other than a few one offs, guesting with other bands -  he's kept good on that for three years... so he was slightly conspiratorial (or was it sheepish?) as he told to me that he was so enjoying the experience of having assembled a new, revitalized Piggy that he was considering keeping it going.

I will let Ron tell his own Iron Road story, below, but Piggy were very much a visible presence (at least in terms of banners) at Iron Road Studios the one time I went, as the photo below demonstrates. 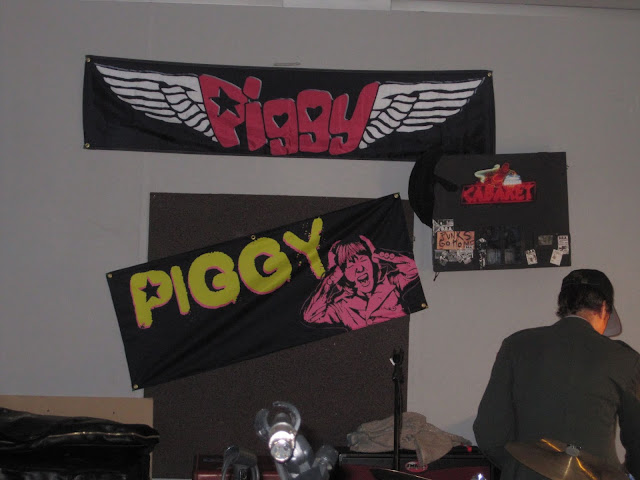 He's also got his own photographic evidence of the time - all photos taken from the actual performance space at Iron Road. I think I'm seeing Izzy Gibson, Lisafurr Lloyd, and Craig McKimm in the band... (Ron is not sure who took the pictures below but if anyone wants attribution, just let me know!).. 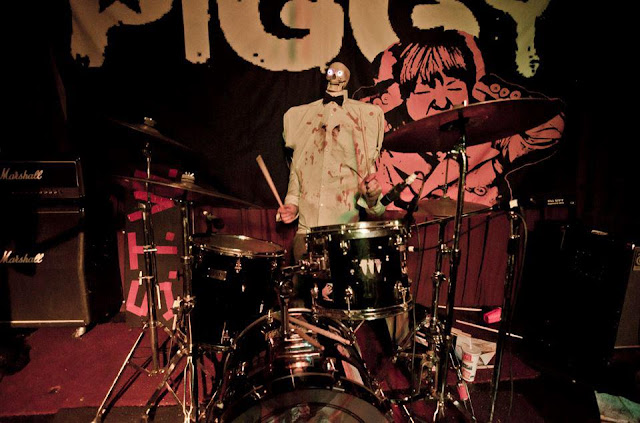 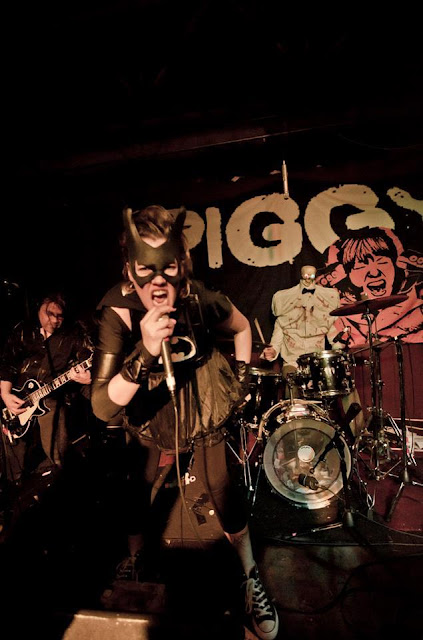 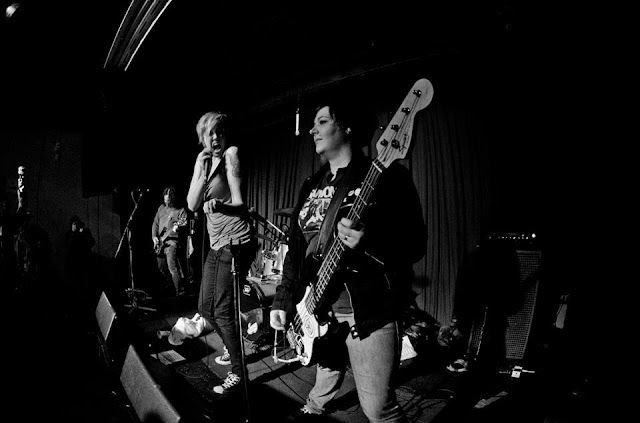 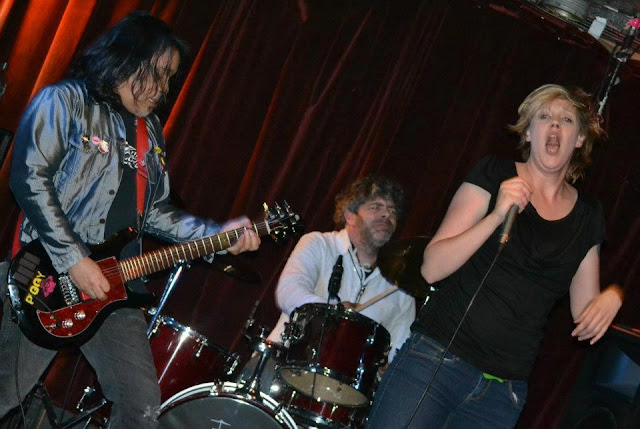 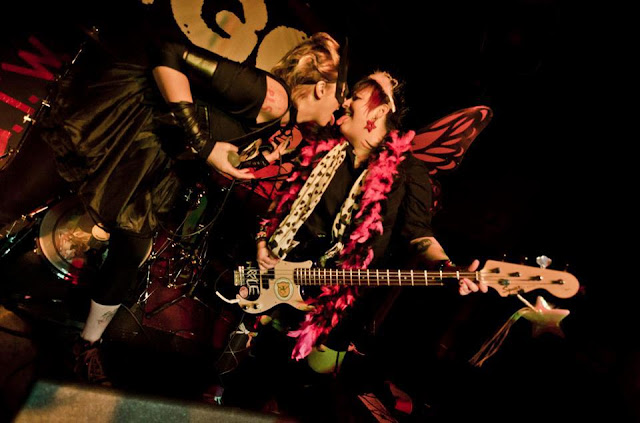 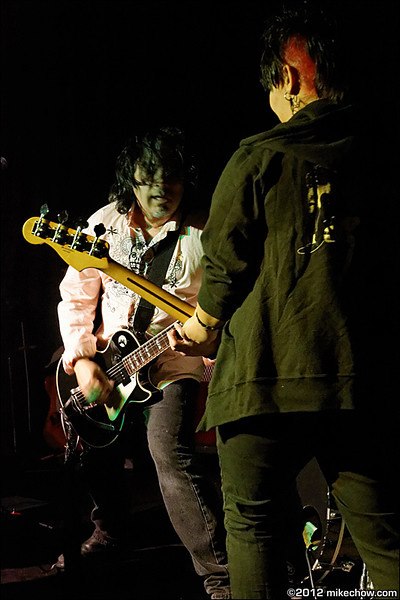 Photos courtesy Ron Reyes, not to be re-used without permission; at least one by Mike Chow!

Those of you who have read the previous piece about Iron Road, focusing on the Iron Road Re-Ruin night one, know the questions being asked. I did tweak them a little for Ron's sake, asking about who Piggy's new singer was, but otherwise... here's a mini-interview with Ron Reyes...

I'm not sure where I first met Dave it may have been when he was playing bass with Duvallstar. But Piggy started rehearsing there when we were too loud for jamming at the old Dental Lab. We first shared a room with Little Guitar Army and other bands and eventually had our own room down the hall.

How were you affected by its closure?

We had to move, and our new space got broken in soon after we moved in. Most of our stuff got stolen and then some of it eventually got returned but that meant getting a new jam space which was shut down soon after we moved in. I think we were too loud for that place as well. SO Iron Road was crazy and wild and our doors were often left open by the likes of Pat Kreep and all but never so much as a guitar pick went missing while we were there.

For me Iron Road was more than just a jam space. It was more like community. There were always people hanging out in the shared areas. It was like its own scene. And with its own live space as well as its own recording studio it was like a dysfunctional rock n roll campus school of mayhem and debauchery. On any given night Motley Crue would have looked like nice little catholic boys.

The gigs were what set that place apart. I cant remember them all but yeah they were special. The live room was a great room to play and to see bands. And you had to have some stamina or a little extra in ya to make it to the next day, where gigs would not let out till 8:00 am the next day if that.

We wanted to do this with Izzy Gibson and or Pat Kreep cause they were the main singers at the time we rehearsed there. Pat is livin' in the States so he was not available and Izzy really is the singer associated with what i call the Classic Piggy Line up. Unfortunately right before our first rehearsal Izzy fell ill and could no longer commit to the show. That was a great blow, cause I really love Izzy and was really looking forward to playing with all the guys again. While I have tried to kill off this band several times, I really love these guys and enjoy being in the same room with them more than any other band ive ever been in. So Craig McKimm, Lisafur Lloyd and I decided to press on if we could do something different. SO we tore a page out of Little Guitar Army’s playbook and hooked up with two singers, Jack Havok and Brandon Crawford. There were others that could have been involved but I wanted this to be easy and true to the Iron Road Piggy era.

We are playing on the 11th. That's Saturday night. I'll probably make it to Friday night and ill see whats left of me for Sunday.

Any other relevant stories you want to tell?

Honestly, I have always been a little bit of an outsider. There were plenty of Punk Houses and Scenes that I have passed through in my years, but I've always kept a little distance. I've never done drugs nor was I ever driven by random sexual conquests. I mean all that stuff was always available but I always come for the music and only the music. So most of the “exciting” stories probably happened while I was at home.

Still there were some great people and bands that came out of that building and that is worth celebrating. 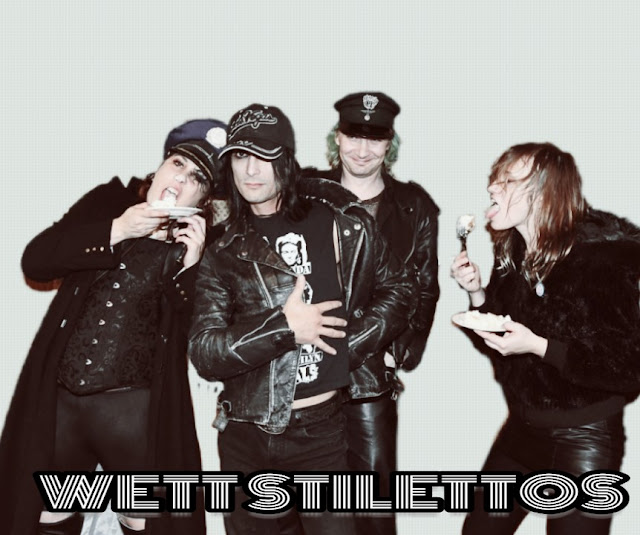 Did you all read my big Wett Stilettos feature from a few years back? RC Guns looks a bit different in those photos than she does these days - tho' I wouldn't know how she dresses onstage lately - I have only seen her at other people's gigs, dressed in civvies! I've been a bad Wett Stilettos fan of late, actually - I don't even have their second album, and RC tells me they're working on their third...

The following questions were answered by Pinto Stiletto...

Iron Road was the birthplace of Wett Stilettos, It played quite a significant role in the band's conception. I knew Dave from before that of course. I have a history of getting Dave's opinion on the projects i'm working on or involved in. Sometimes he's kind, sometimes cruel. But always honest. Love Dave. Sort of. No, I do!! Fucking love Dave. LOL
How were you affected by its closure?

It was beyond sad. To me Iron Road closing represented The End to an Era of Innocence In Debauchery, where you could and would party for days, hang out for weeks, play music and hear music for years, make new friends and see old ones in a safe environment where nothing bad ever happened as far as I know. It was the shit!

Bands don't hang out and socialize at other spots like we did Iron Road. It really created a strong community of artists and art lovers. A sense of unity. It was the full package, the full cycle from the creation stages to the consumption conclusion. (Though I must say the Blue Haus is now the new hope and spot with a similar spirit.)

One of my Fave gigs was when our set STARTED at 4 am!!! and the place was packed!! and people were just fuckin' givin'er!! Pure magic!!! The kind of thing you'd only imagine happening in NY or some place like that. LOL It was 4 fucking am for Christ sake! lol 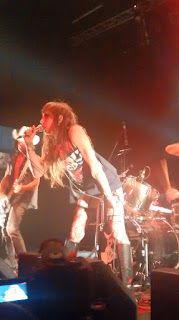 Yes. We decided to play tunes off the first album.The songs that came together and were heavily influenced by the energy and aura of I.R. Songs like "Douchebag," "Scumbag," "Crotch Detonator," "Sister Fister," LOL. We'll sneak in a few brand new, unrecorded ones as well ;)

Who's in the lineup?
It's the original Trio: Nadz, R.C and myself plus the talented and amazing Zig Zigler who joined us post IR days.

I'm going to all Three. Why? Cause a huge part of the IR charm was hanging out with all the different bands that practiced, performed and recorded there. Can't wait to see all their sweaty crotches and faces. It will be like a fucking Rock and Roll High School Reunion.

Any other relevant stories you want to tell? Albums or gigs coming up?

We are in pre-production for our new album, You-Die-Monia. Hoping to get recording this summer.Check our new website www.wettstilettos.com for updates. I hope my band mates will chime in here for some additional stories and comments and anything I may have missed...!