The Rebel Spell kickoff at 333 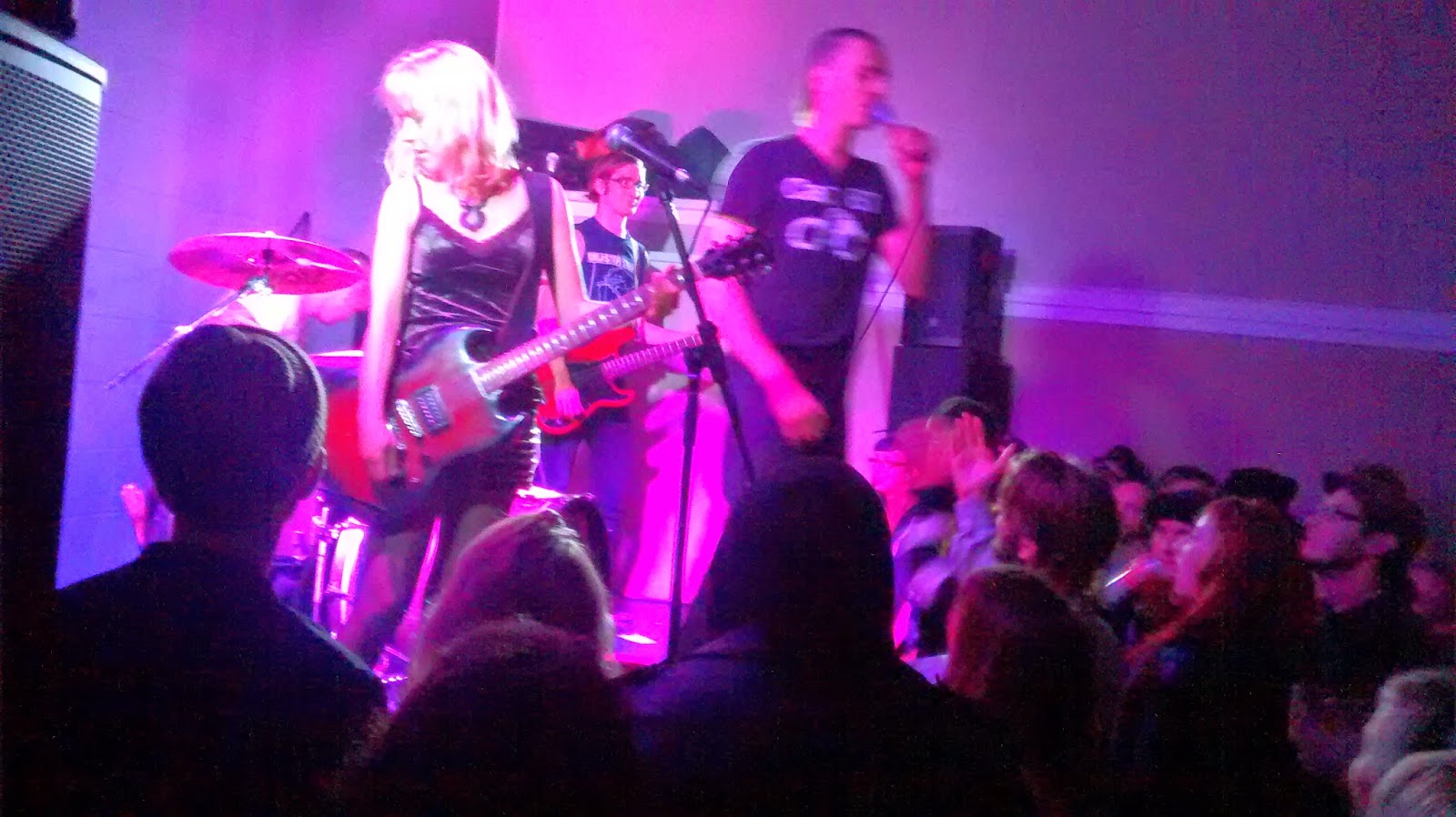 Had a terrific time watching The Rebel Spell tour kickoff last night - and I've uploaded some video evidence, though it really doesn't capture the spirit of the evening. (NOTE: EDITED TO ADD THAT THIS CLIP DOES CAPTURE THE SPIRIT A BIT! Good!). The venue, 333, is a great place for punk shows - it's an old disused garage or something, complete with a busted toilet seat in the crapper and a separate room for alcohol for when they have licensed events. I'd go to see shows here again - a good little punk venue, with much better sound and lighting than you'd ever expect from such a place. 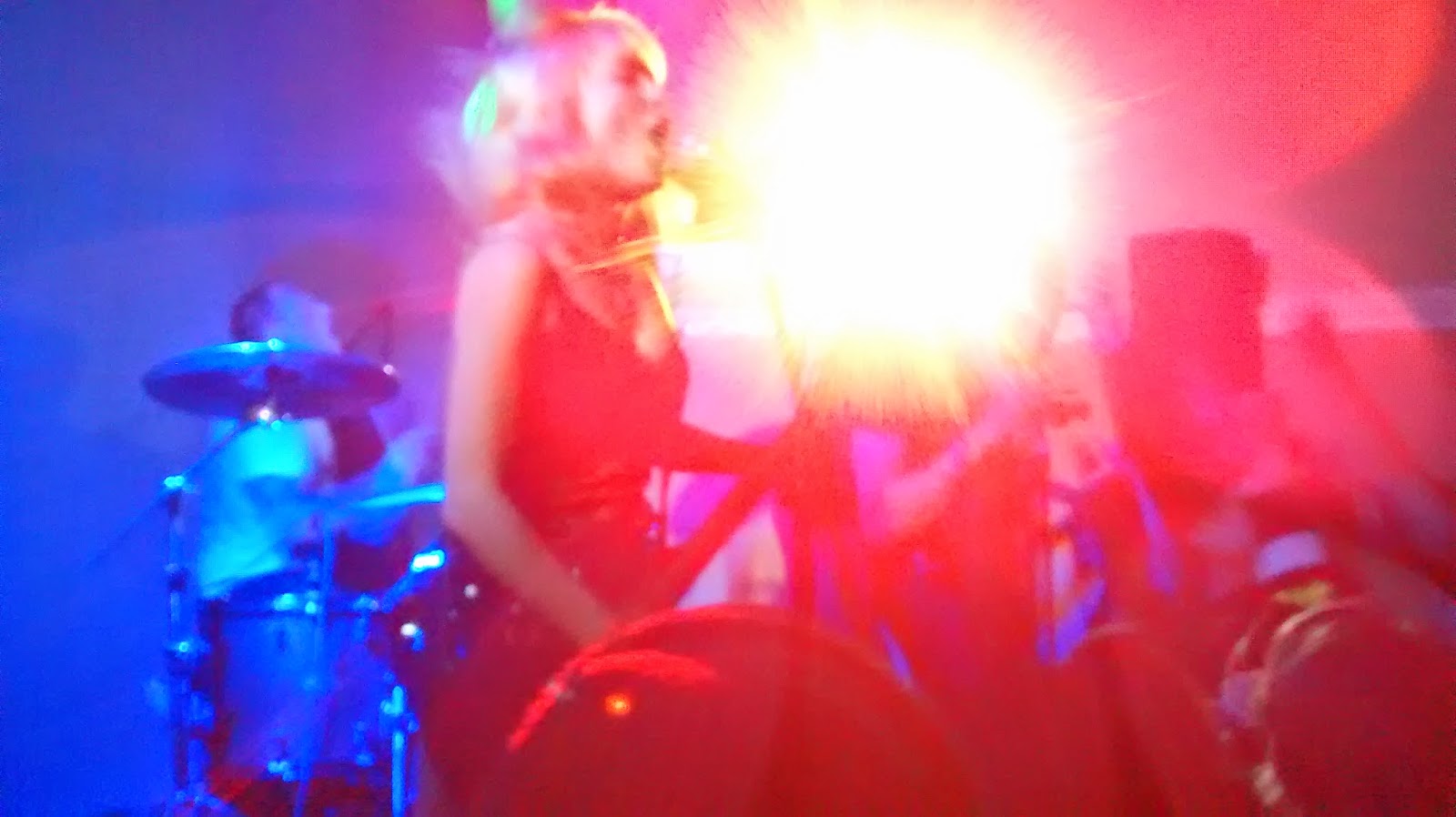 Above: Wretched Erin of the Rebel Spell
Below: Selfist
Bad cellphone photos by Allan MacInnis 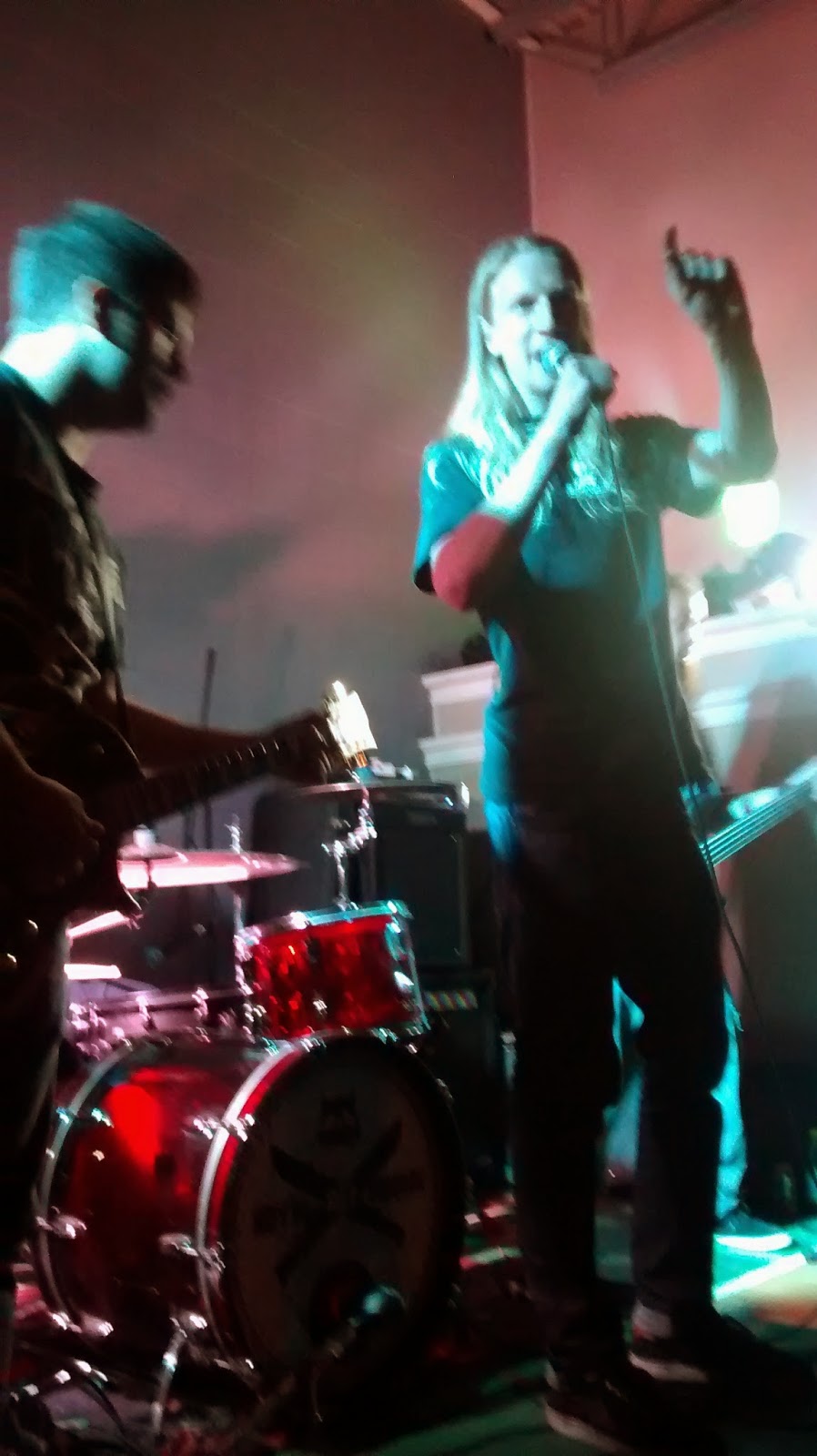 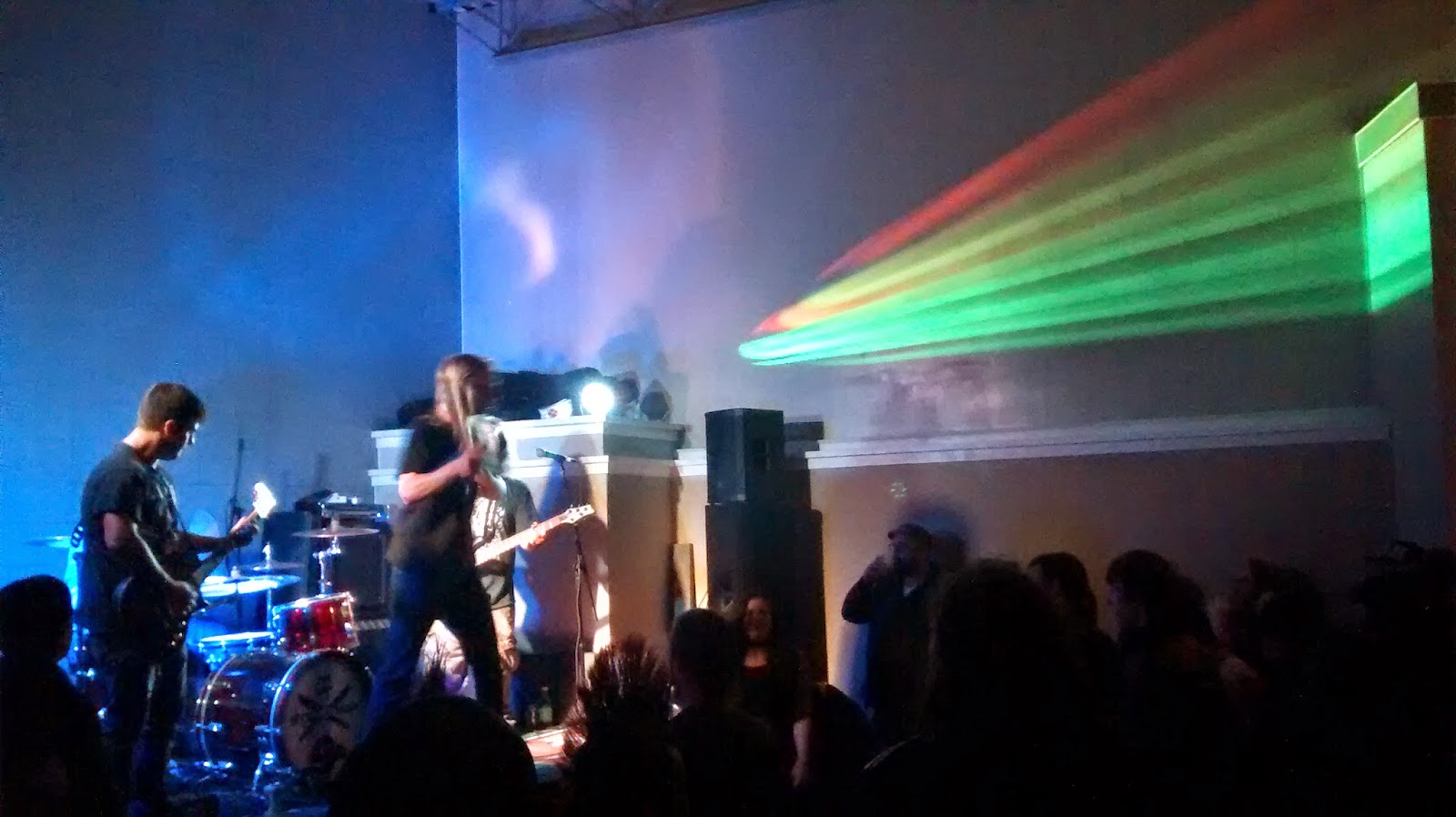 I'm not sure if the name of the opening act, Selfist, refers to one who practices selfism - whatever that may be - or one who practices self-fisting; perhaps there's an intentional conflation of the two concepts? They reminded me for no particular reason of seeing Sludge back at the Cruel Elephant - maybe because one of the singers for Sludge had long blonde hair. I liked the bass player's solos during "Morbid History," one of the few songs whose title I got to pick out. 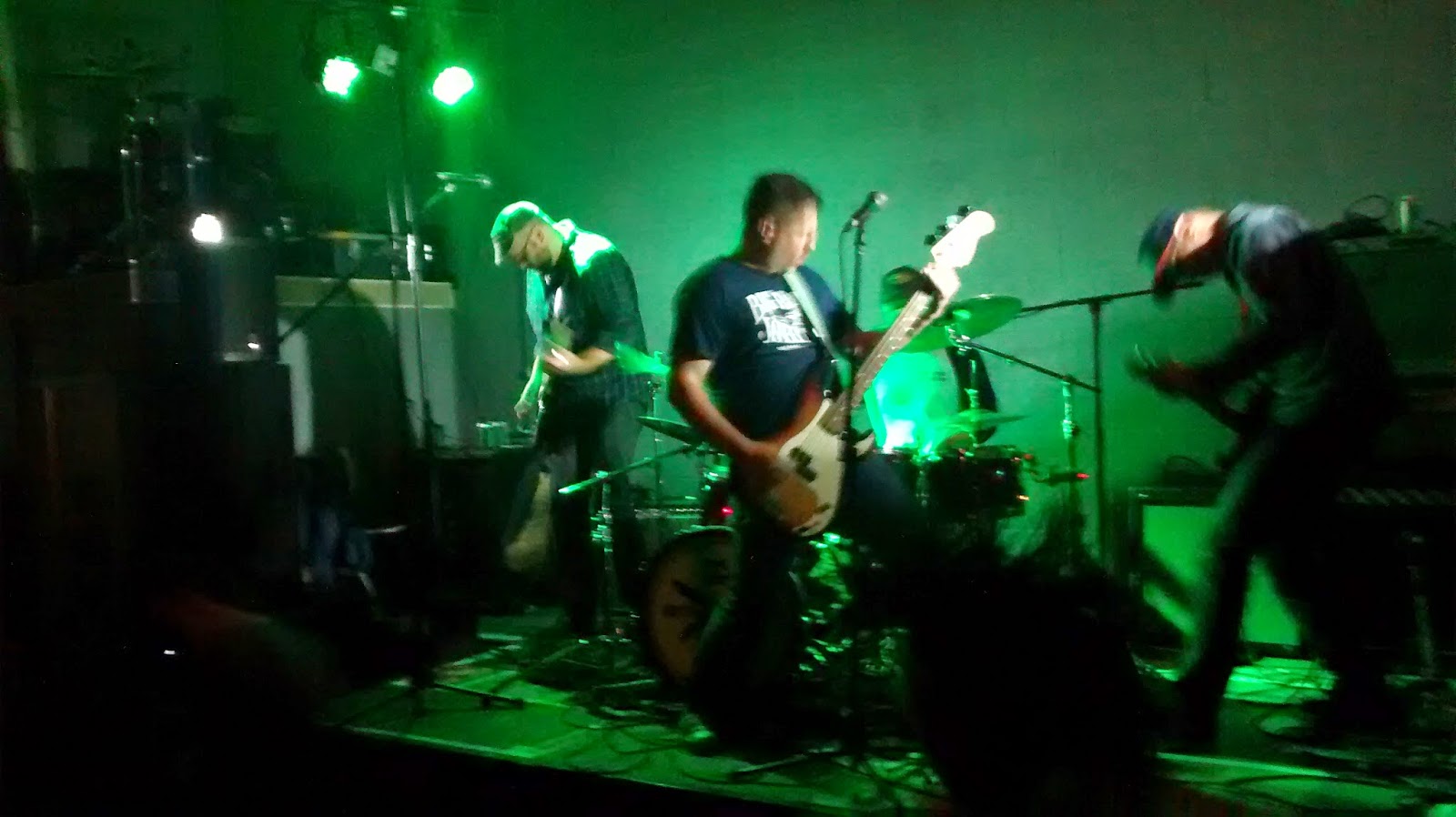 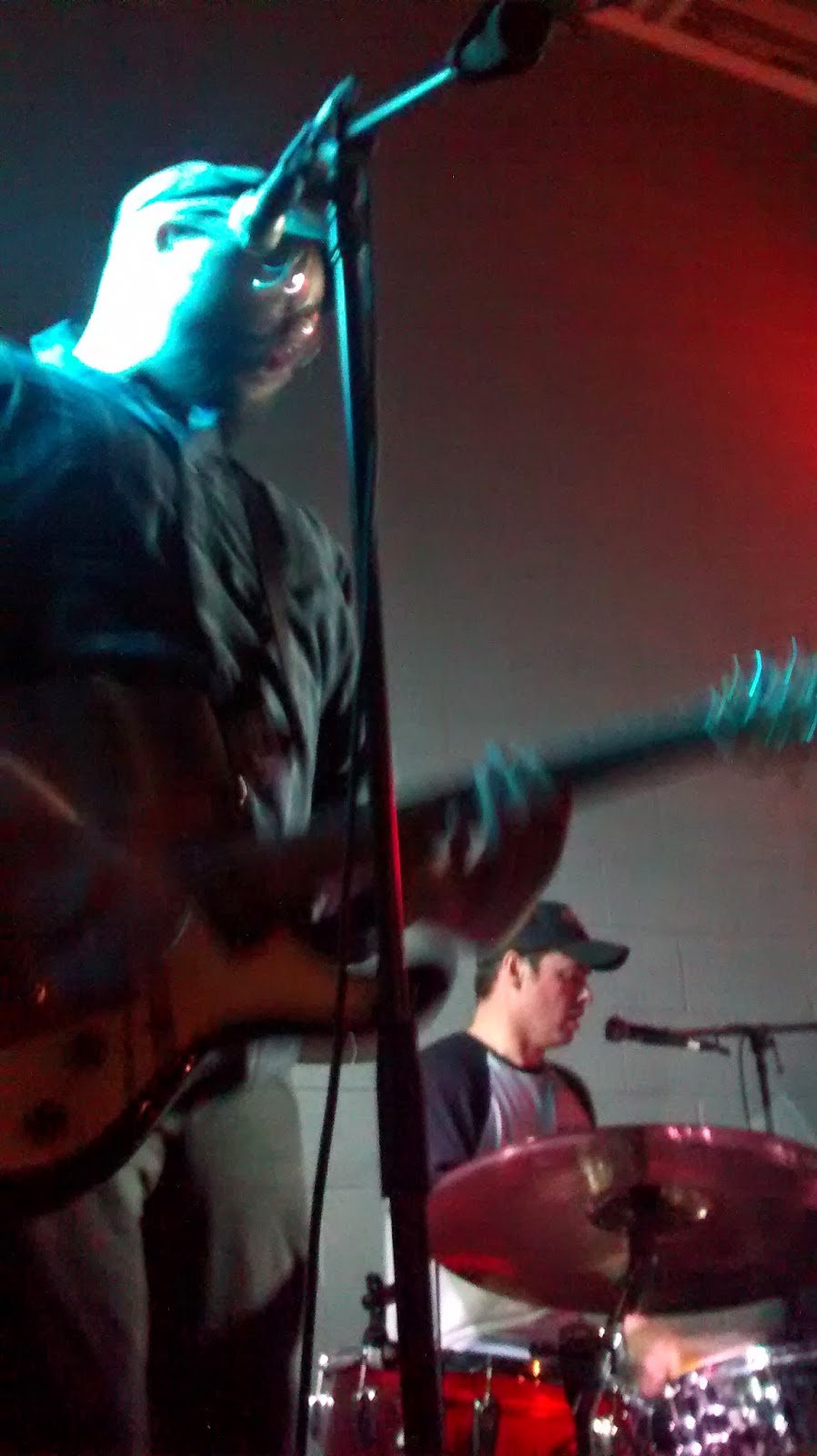 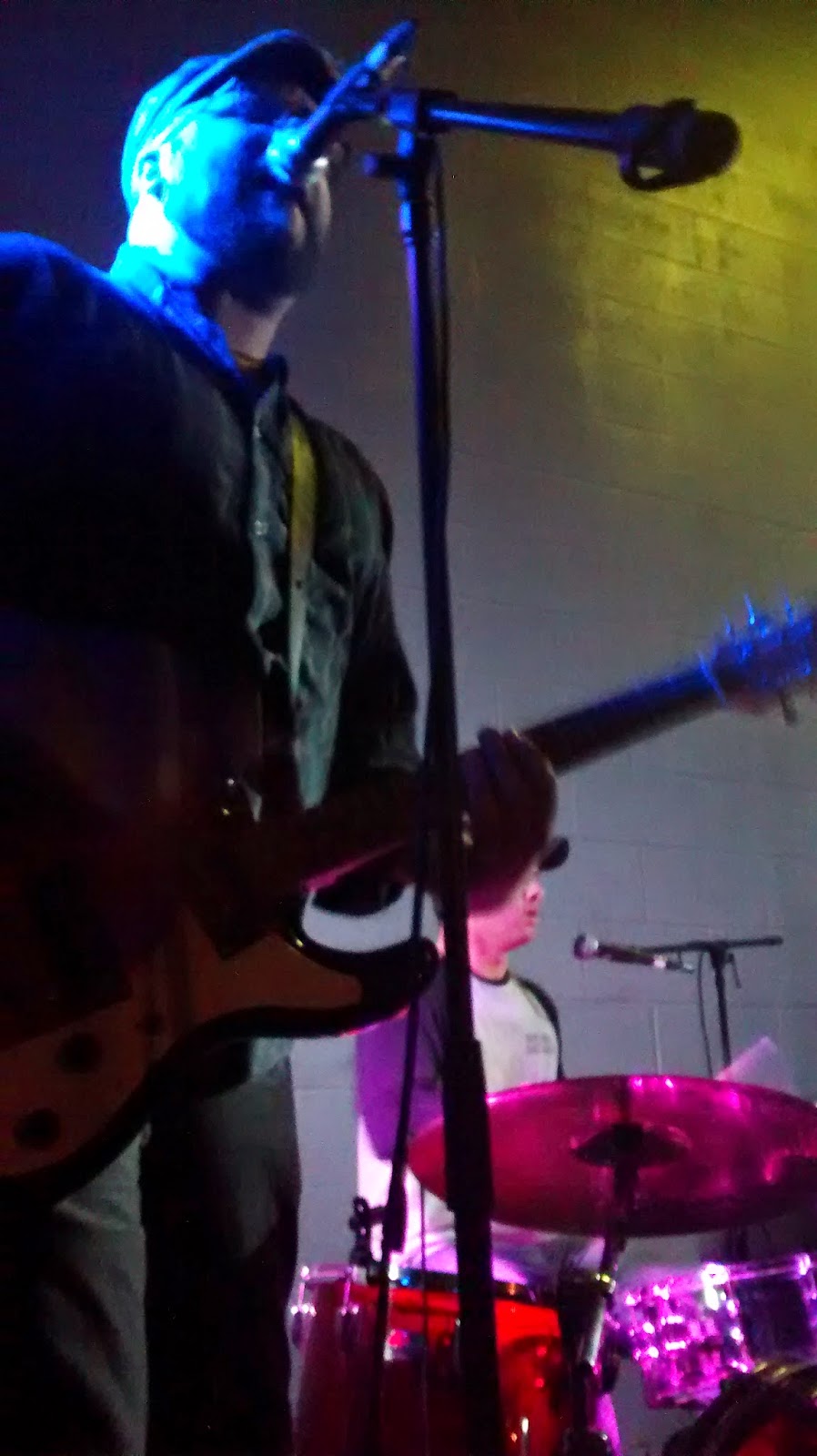 The Binz - that's a link to their bandcamp - were probably my favourite band of the night besides the headliners. Twin guitars, a tall heavy guy in plaid (named Gary) on vocals, and a complex, evolved, but still melodic approach to punk: they weren't just about power and passion, had some interesting music happening too - seemed like a smart band. 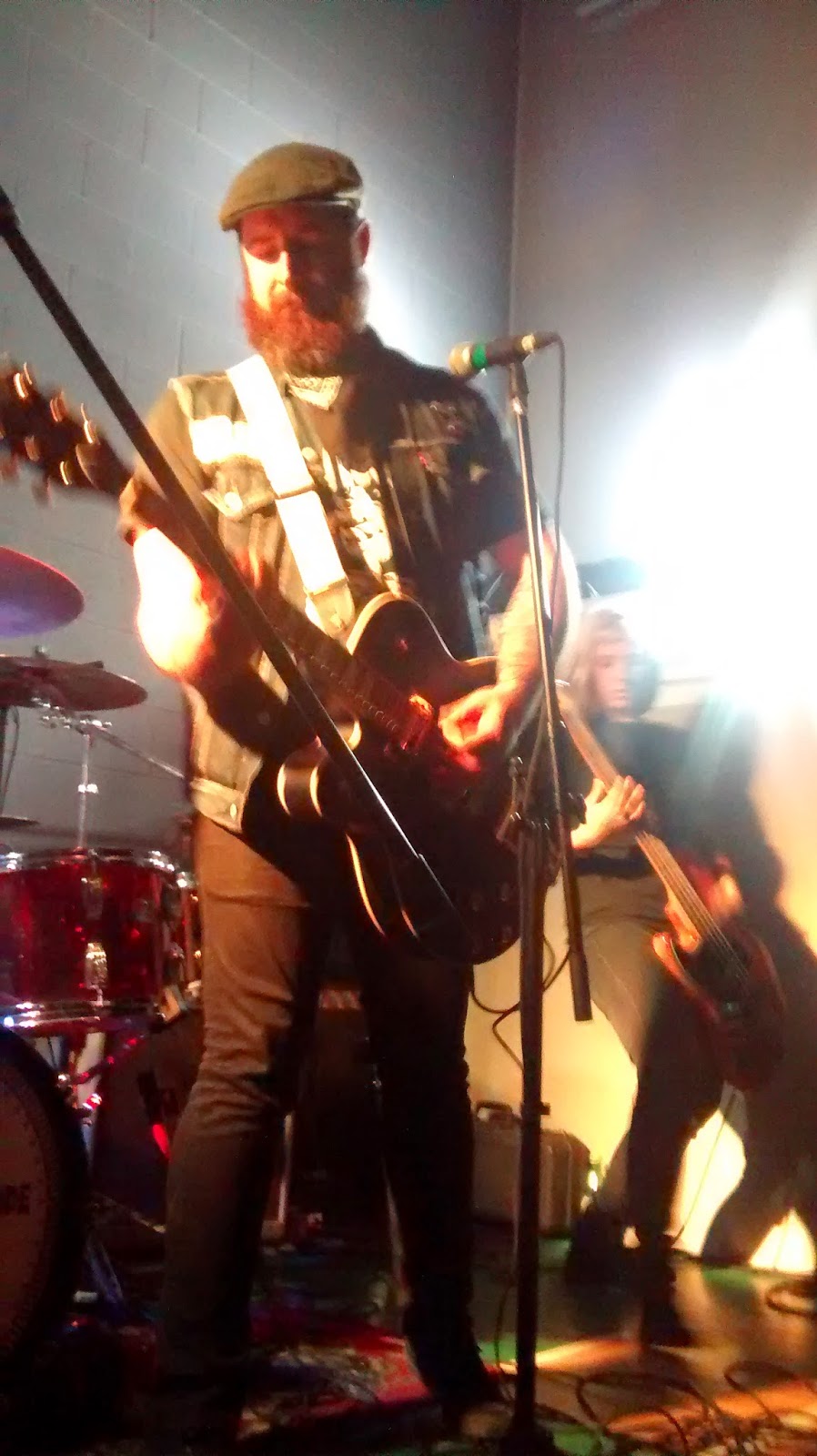 Above and below: The Royal Red Brigade 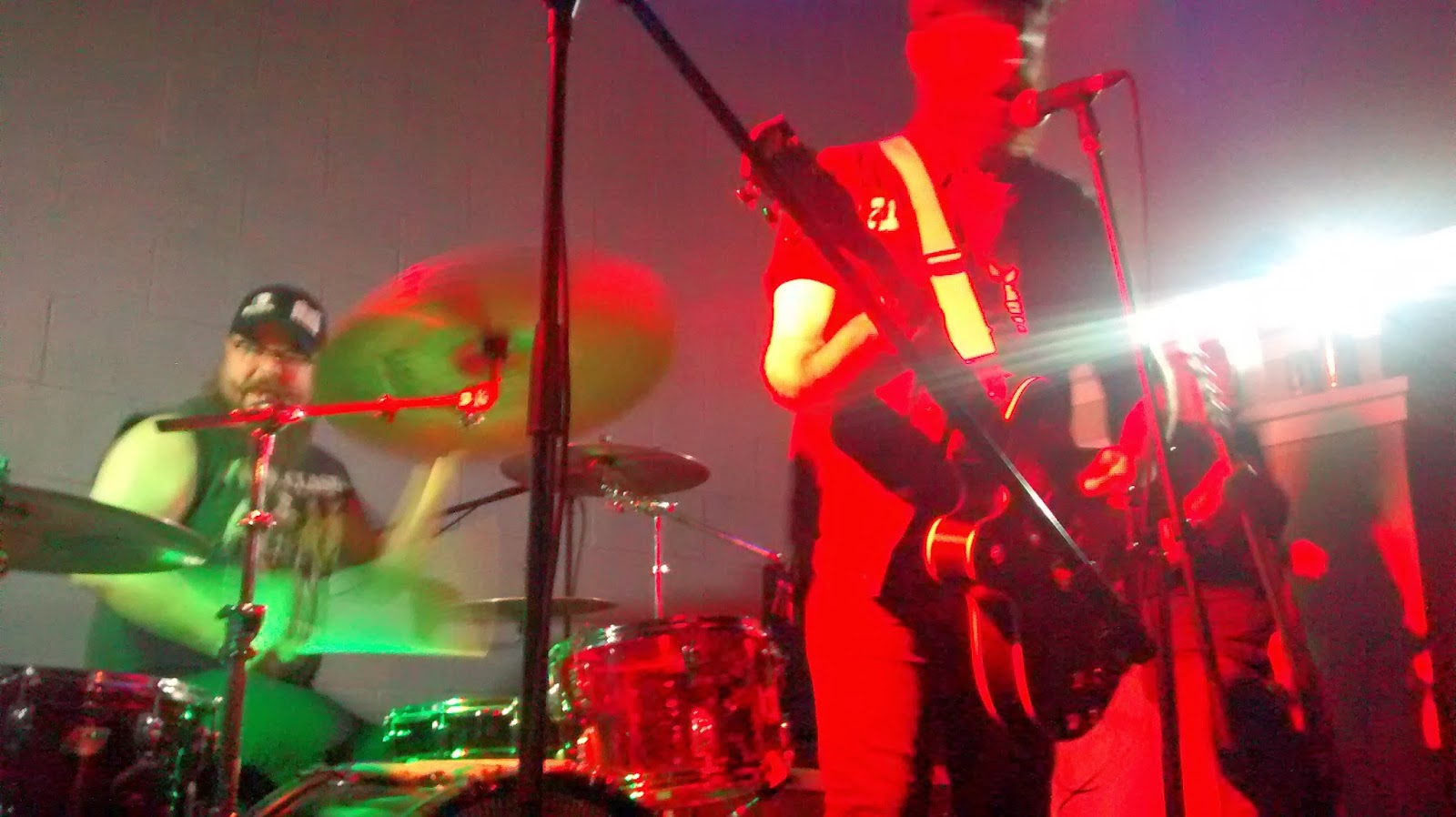 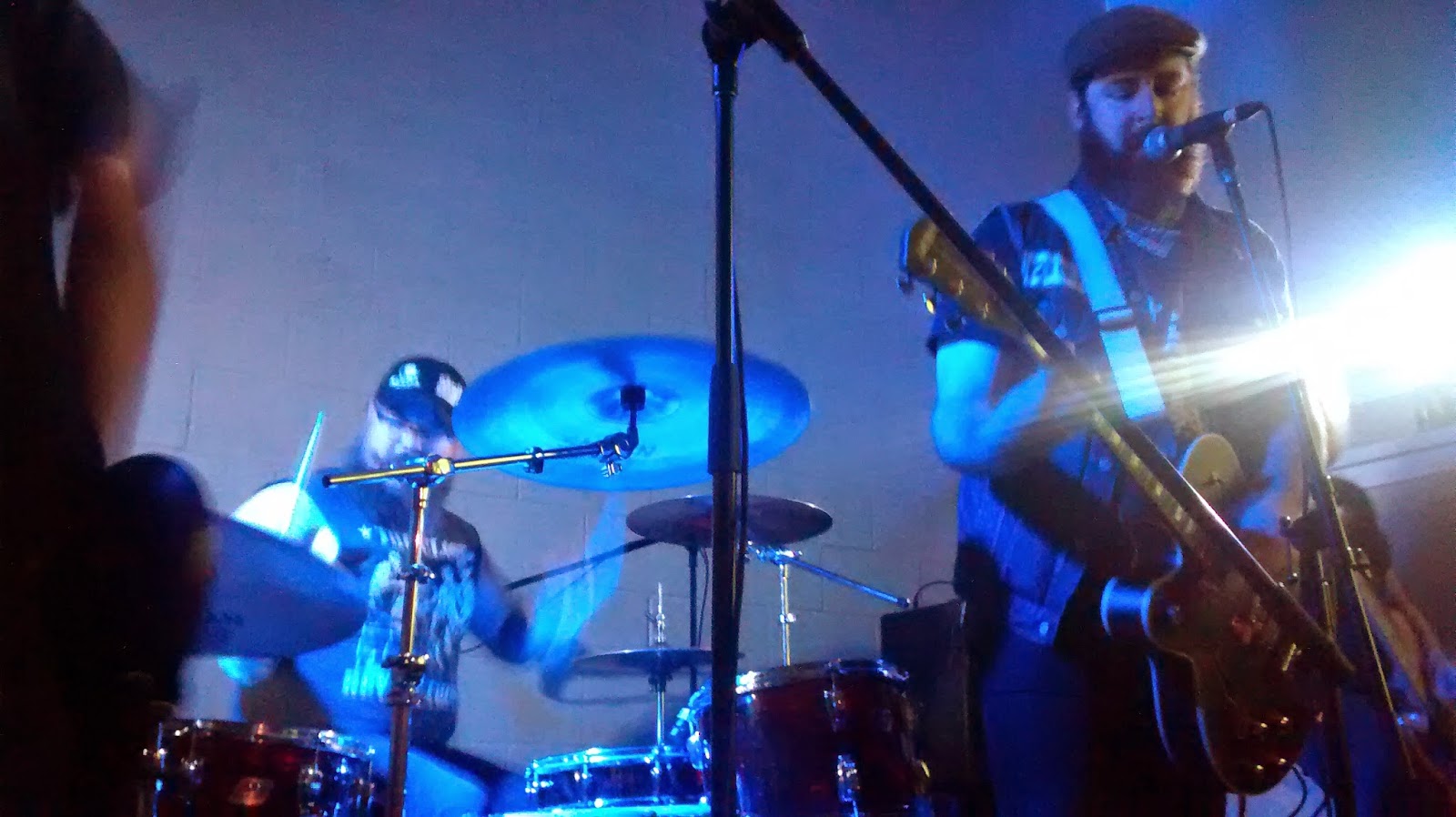 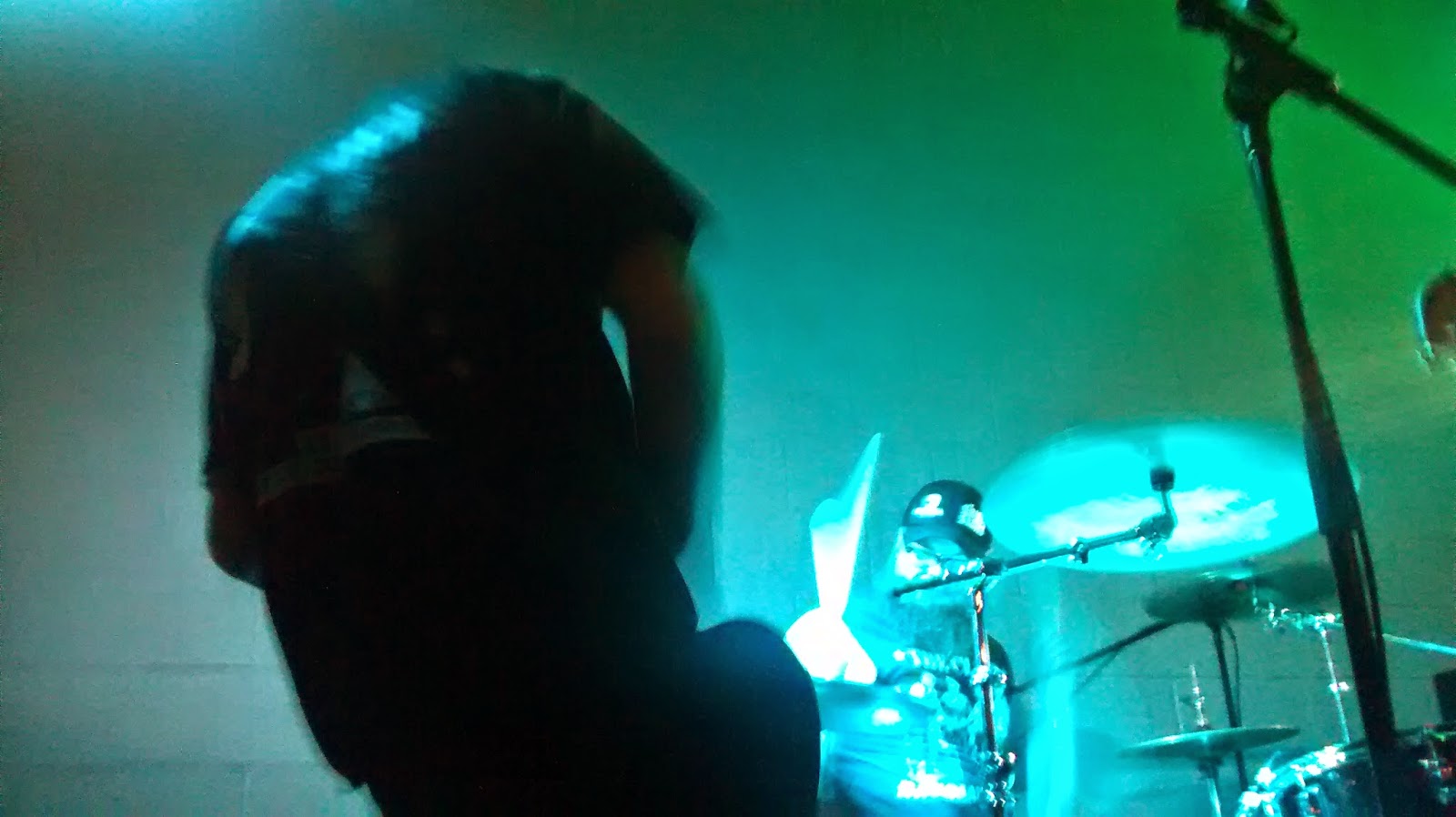 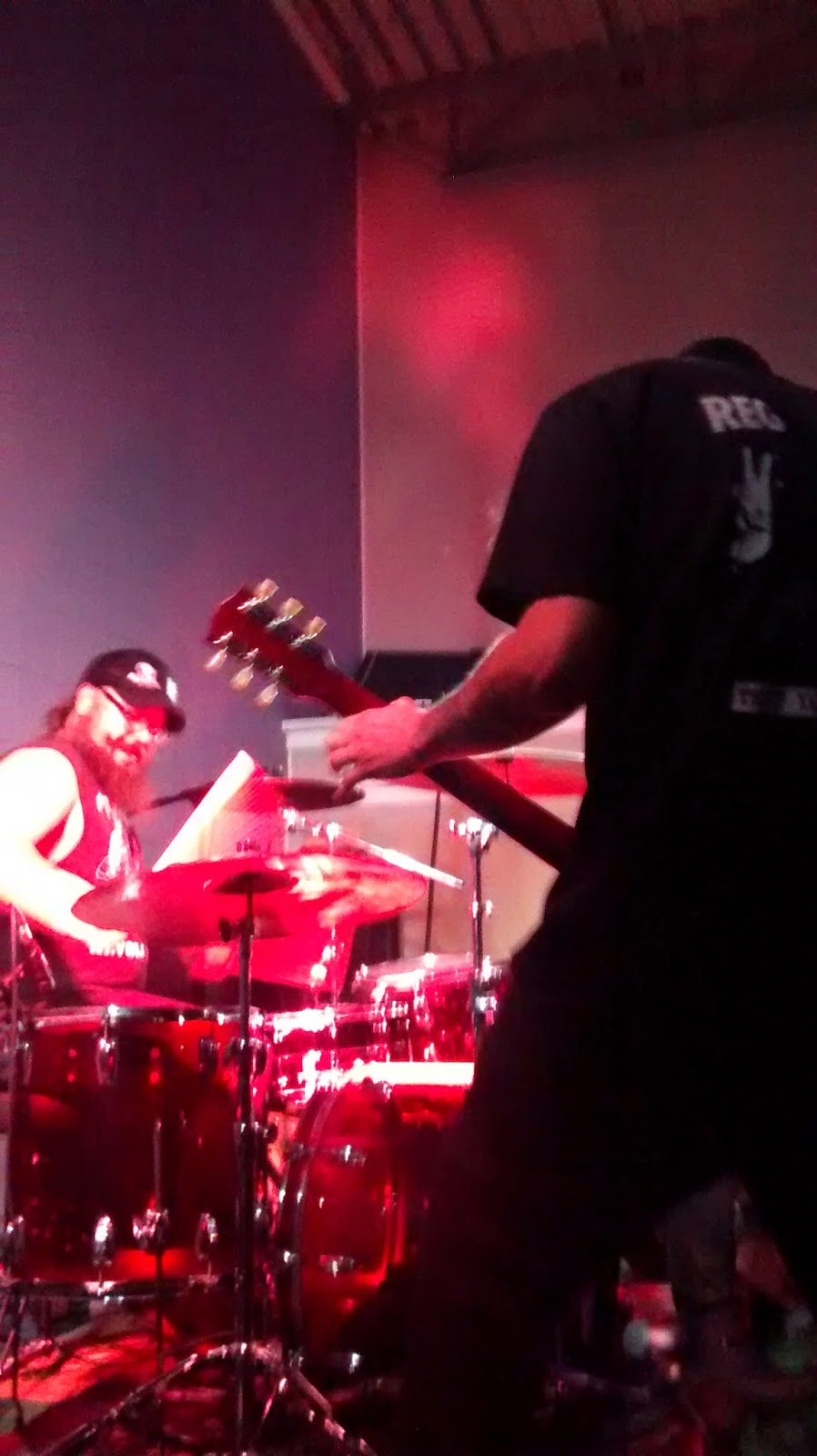 So did the Royal Red Brigade, mind you, who came all the way from Regina by van to play this show (hopefully with a few other gigs along the way). I was feeling my two beers and the two glasses of Fireball I had downed, and feeling the heat and closeness of the room, so I spent part of their set outside on the sidewalk, breathing in cold fresh air. Still, a female friend of mine was very pleased to see they had a female bassist - while I kept trying to get a good photo of the drummer (a heavy, sweaty, hairy hard-hitter in a Clash t-shirt). I was distracted, too, by watching the female-heavy mosh pit - there were some seriously aggro girls in it, throwing punches and pushing guys around, sending them careening. I'm only an occasional mosher, but I've never gone out of my way to shove anyone in the pit, unless, say, they've just jumped on my foot and I need them off it; it's weird to see a pit where the toughest people in it are girls. (One of them seemed in a really bad mood, too - like she badly needed whatever catharsis she was getting). 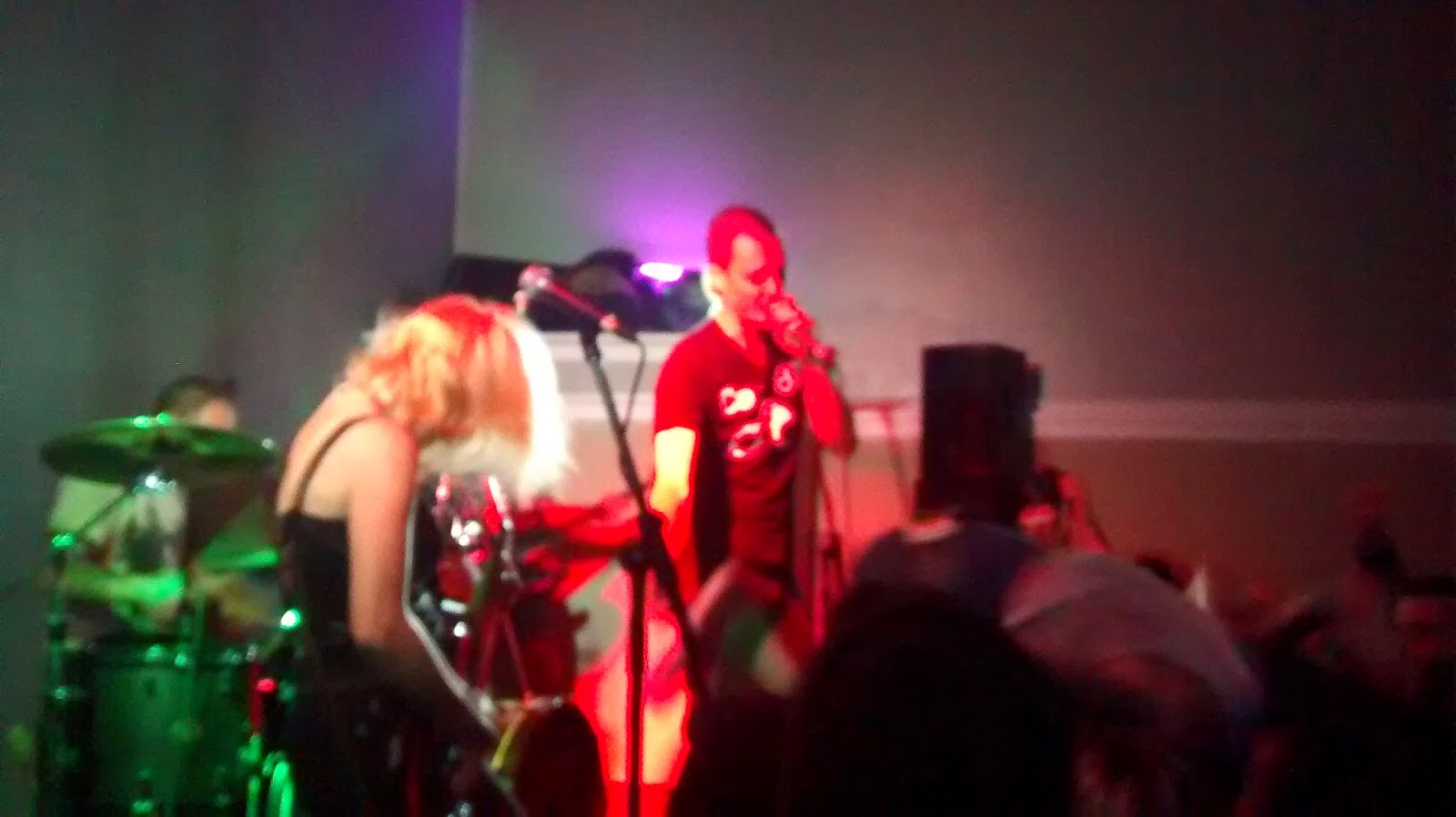 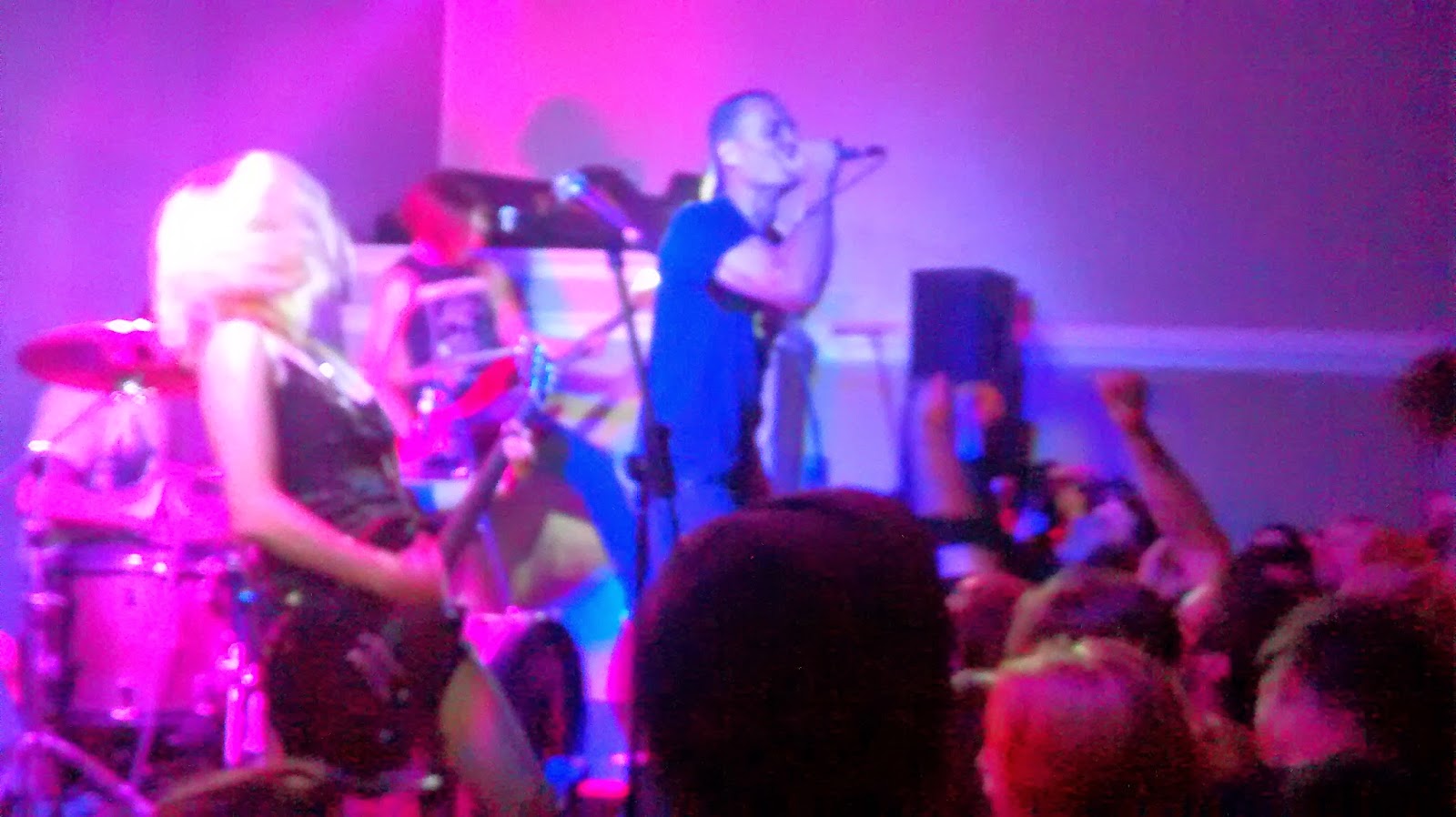 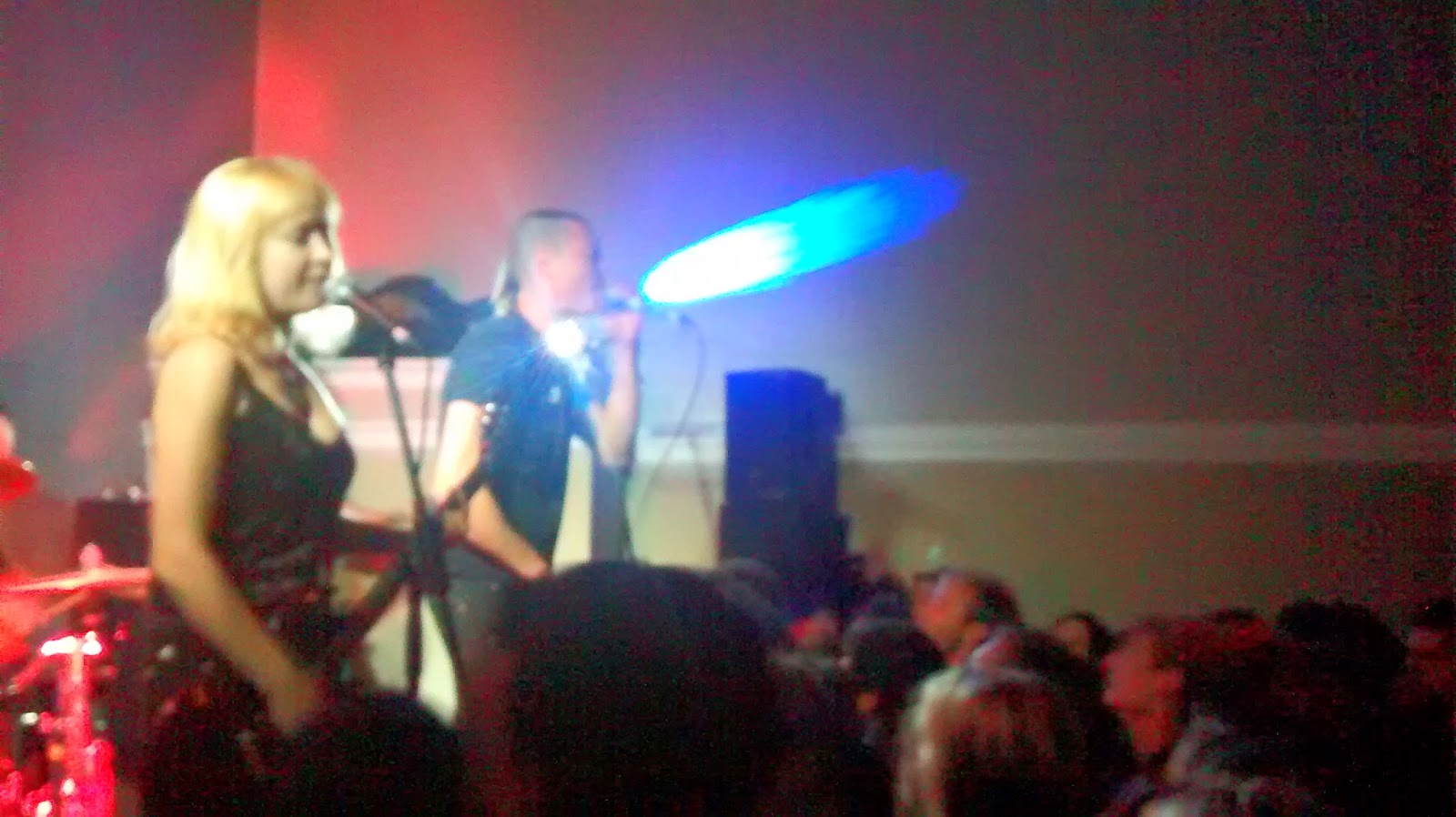 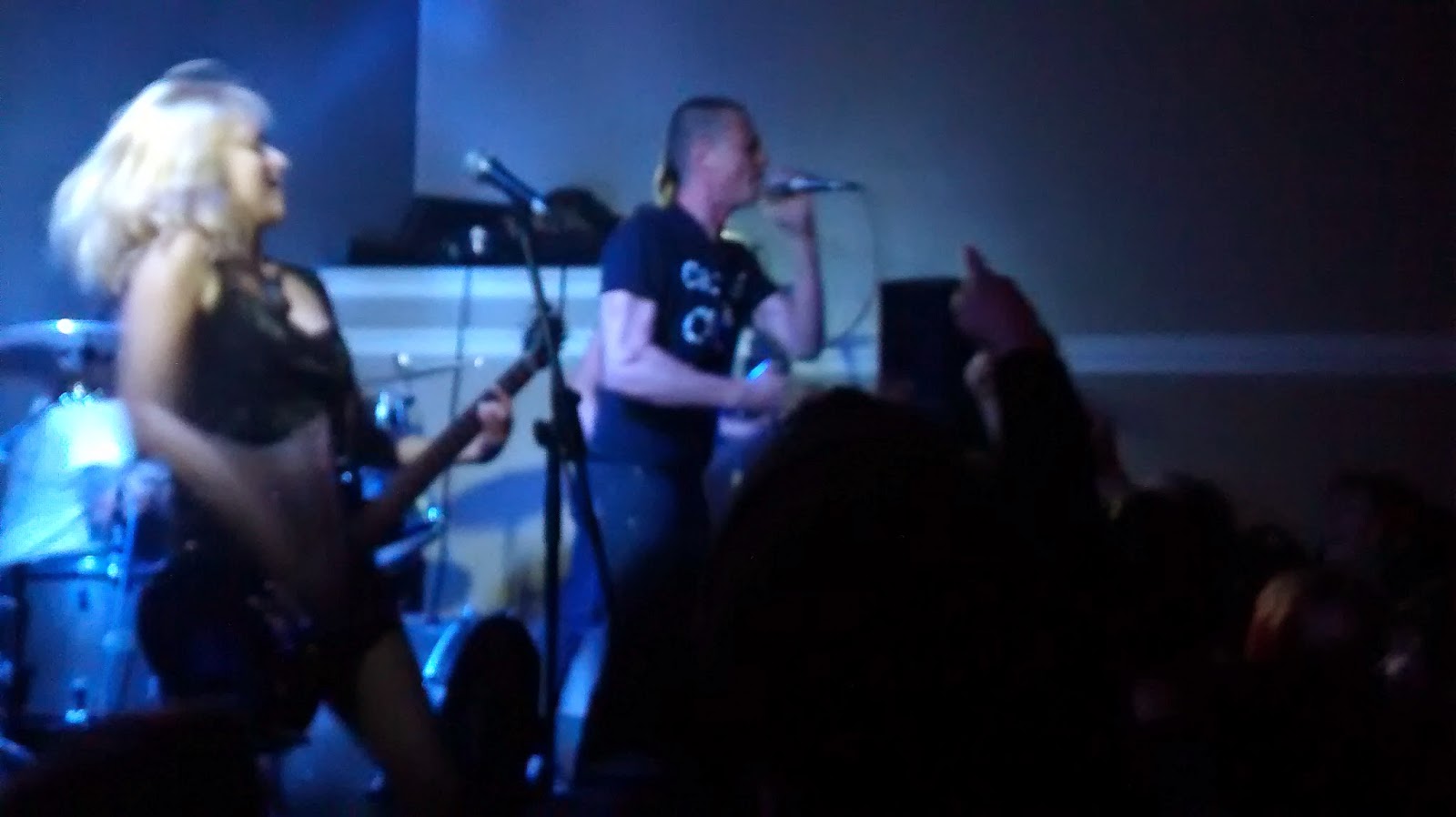 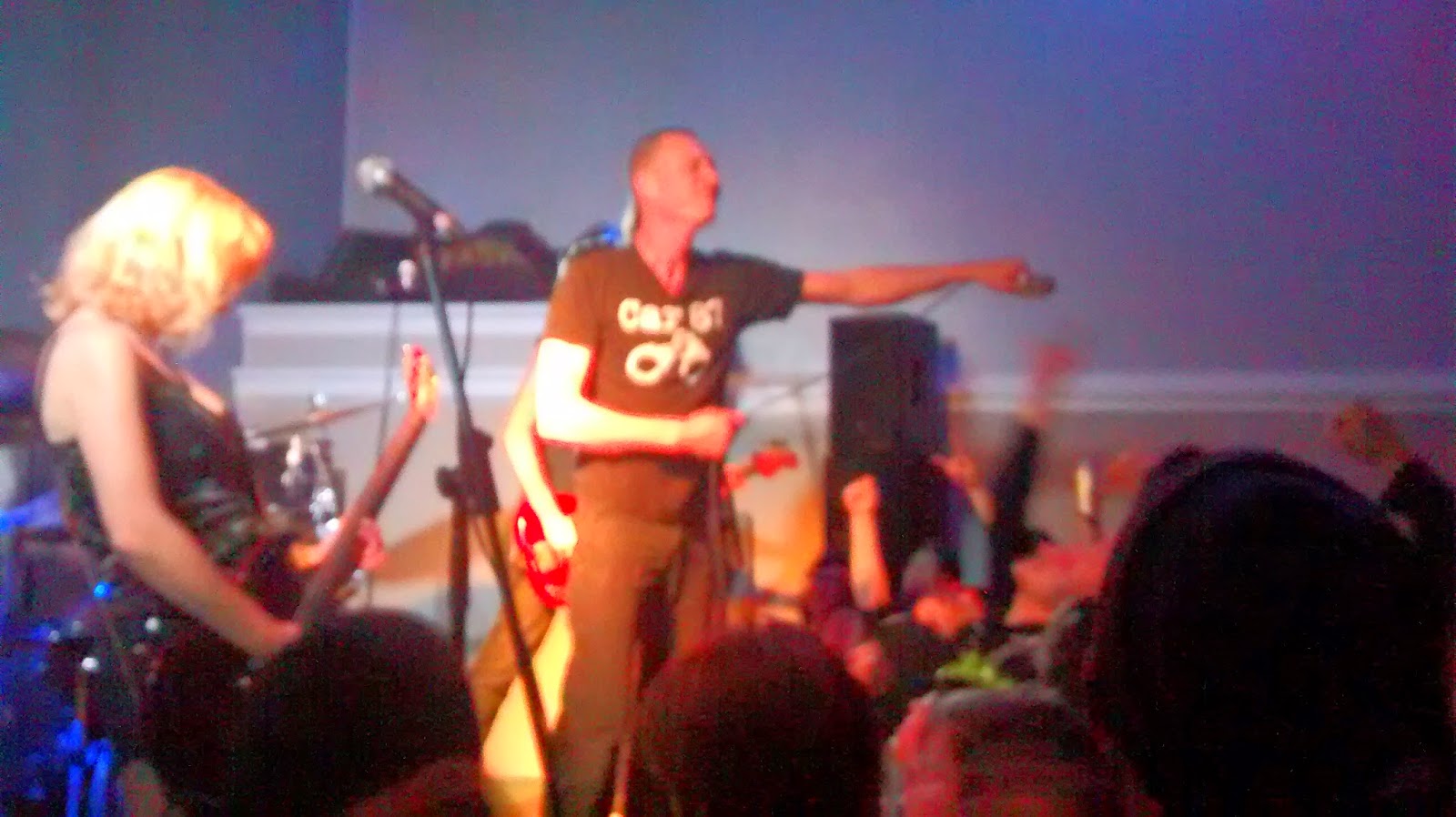 The Rebel Spell were on fire as usual; I must have seen them around fifteen times by now*, and I've never seen them be less than great. Near the end, Jeff Andrew joined them onstage for his song with them, "The Tsilhqot'in War," playing violin and trading off vocals with Todd. I attempted to make a video of it, but midway through, I exceeded the storage space on my phone, and it shut down. I think I like what Andrew does, tho' - check out "Professional Asshole" on his bandcamp, say, for a witty bit of darkly political folk music. I've already said my piece on the new album in the Straight (though go figure - listening to the album on vinyl is totally different from what I've been playing on my phone; Todd's voice seems much clearer hearing it off record, while Erin's guitar isn't as dominant; I wonder if what I was sent is actually the final master, or if my phone is an unreliable way of listening to music? Hmm). Here's wishing them a great tour. Read my 2011 interview with Todd Serious here (with much, much better photos of the band, by Bev Davies and Femke van Delft).

*I have now seen The Rebel Spell:
- once at Richards on Richards, with DOA and the Furies: my introduction to the band
- at least twice at the Cobalt
- once at Under the Volcano
- once at Funkys
- twice at the Rickshaw, once opening for the Dreadnoughts, once opening for DOA's "farewell" a couple of years ago
- once at some Cultural Hall or other, for Todd's 40th birthday gig
- once at a church hall in Hammond, with an in-between bassist (after Chris but before Elliot)
- once at Adstock in Maple Ridge, just this summer
- once at 333, last night

So actually that means the total number of gigs I've seen by the Rebel Spell is more like eleven. Unless I've forgotten a couple. I may well have. Anyhow...
Posted by Allan MacInnis at 2:08 AM