My Picks for Two Lane Blacktops 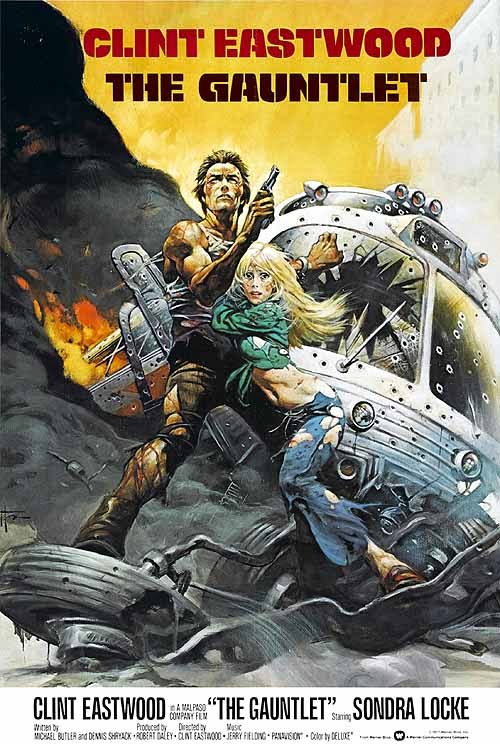 So this Vince D'Amato guy has kinda come out of nowhere for me, but holy crap is he curating some cool stuff this October. At the Cinematheque, along with UBC's Ernest Mathijs, he's hosting a whack of cool road movies and car chase films, called Two Lane Blacktops: The 1970's American Road Movie. My must-sees include The Gauntlet (surely it's Clint Eastwood's strangest, most provocative film? And yes, that's a Frank Frazetta poster); Death Race 2000 (which I agitated for quite some time ago on this very blog); and Race with the Devil. Which I also wrote about here - it's an under-appreciated movie that seems to work best as a kind of Satanic companion piece to Easy Rider, which is the one really notable missing film in this programme (tho' I guess it's not actually a 70's film). I also have great love for the cinema of John Hough, who usually directs Gothic thrillers or weird Disney UFO movies; as atypical as Dirty Mary Crazy Larry might be, it's a great piece of filmmaking, and also not without content, in the questions it raises and grimly answers about the possibilities of living a free life in America. Maybe this can be a seasonal series? I would be totally down for the Cinematheque doing regular series of spaghetti westerns (especially Tepepa) and car chase movies. Or maybe a "nature's revenge" series? Day of the Animals, Frogs, Squirm, Grizzly, Alligator, Piranha, Prophecy, Food of the Gods, Night of the Lepus...? (Most of those are kind of "bad" films, mind you, but sometimes bad is better than good). 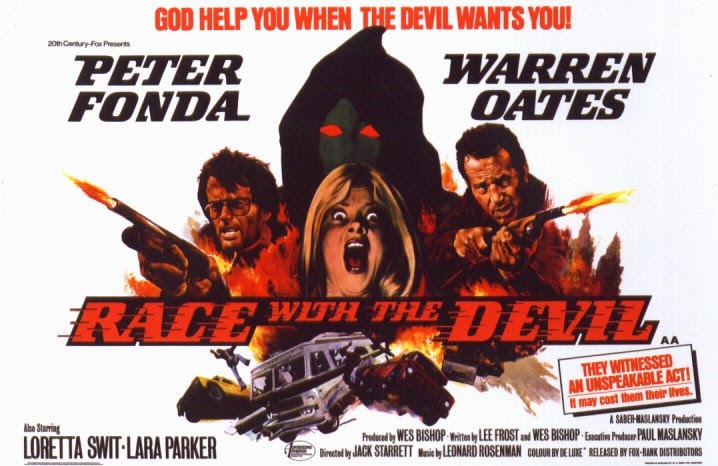 By the way, no, I'm not a big fan of Vanishing Point; much as I love Bruce Dern, I find The Driver to be Walter Hill's most strained, pretentious, and embarrassing-to-watch film from his essential period; and tho' I acknowledge fully that The Passenger is great, I'm not ready for it again just yet (and how is it American, by the by?). Finally, I have only seen the film from which this series takes its title once, which is not enough to have an opinion; it was enough to see that it was a remarkable movie, but not enough for me to really even begin to come to terms with it.

Oh, and I've never seen The Great Race. Should I?