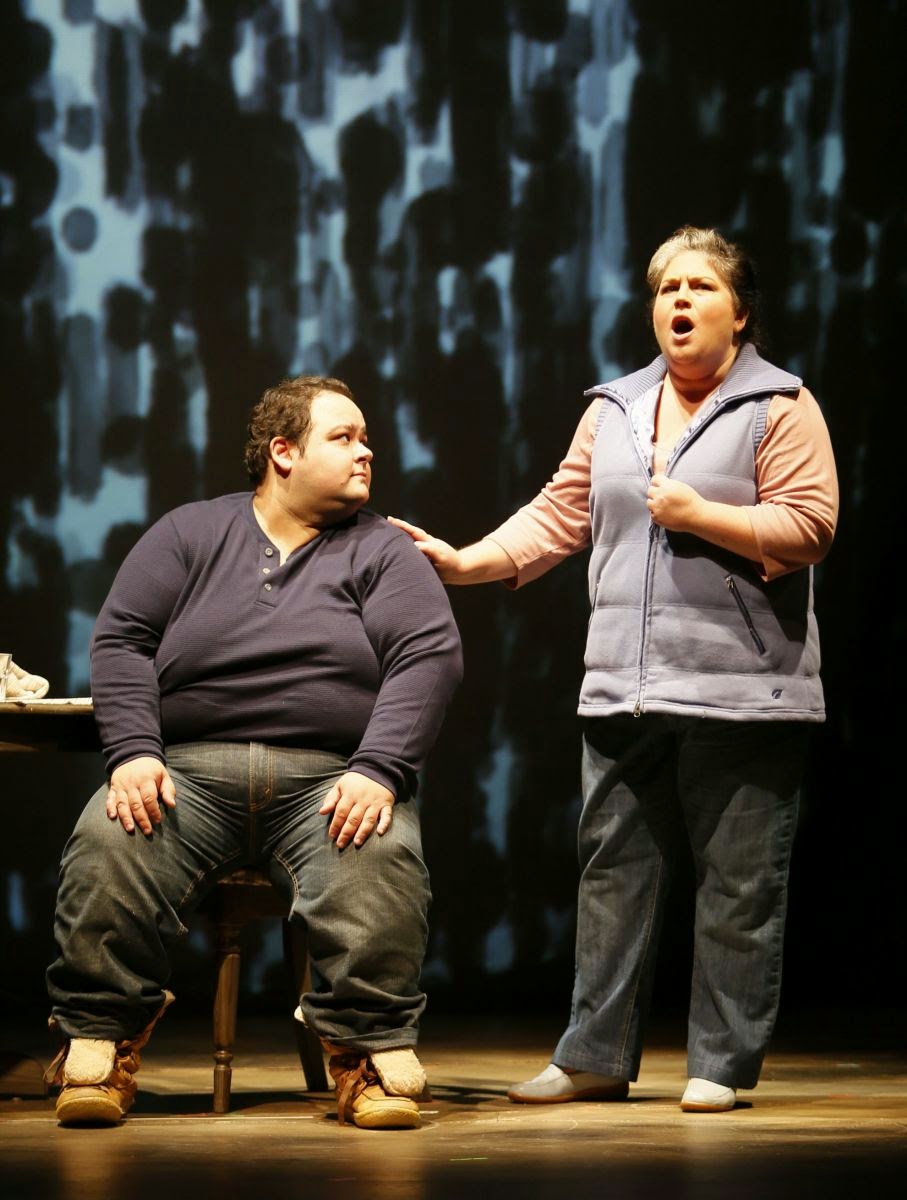 Sunny Shams and Megan Latham, by Tim Matheson; courtesy of the Vancouver Opera

(Note: the following was always part of the plan; I - Allan MacInnis - was going to write a review of Stickboy. See the previous post for that. And my girl, who was the driving force on our being there, was going to write her own piece. So here it is!).

The poetry of Shane Koyczan has been something that has moved me to tears since the first time I heard him perform his spoken word piece “We Are More” at the opening ceremonies for the 2010 Olympics. After having watched him on television, presumably moving millions of Canadians, I searched him out online, devouring each of his spoken word performances I could find. I have since bought his poetry, and completed two school projects that have featured his work, and continue to look for ways to be moved by what he does. So when I found out that his latest book, Stickboy, had been adapted into an opera, I knew I had to see it.

My boyfriend Allan is most often the planner of our cultural outings. He is the sort of guy who is ravenous for entertainment in the form of live music (a good amount of which is rowdier, darker and rougher than I enjoy), and movies (often of the film noir, art house or other “oddball” genres). He has mentioned on several occasions that he doesn’t like opera, doesn’t like classical music, and dislikes a good deal of poetry, so I was surprised when he suggested we go and see this production. In fact, after one argument we’d had about bullying, and discovering some pretty major “insensitivities” (on his part) around the subject, I was really thinking that maybe this should be one thing I do on my own. After all, I wasn’t about to shell out for a special evening like this, based around one of my favourite poets/writers of all time, only to have it torn to shreds by someone who is rather used to being critical of shows, both musical and theatrical. I wanted to go to the opera, and have my own full experience of it – without worrying about his critical eye, and how much he might be hating it. After convincing me about his desire to go (he’s a writer, about cultural events – and live music – and he wants to support writers and Canadian artists and so on), we made our plans for opening night.

From the beginning “turn your cell phones off” reminder – a short video performed by Shane, suggesting that you do so, “or else…” – the audience was in.

The story, about The Boy who gets bullied as a child, and grows up to become the bully, is based on Shane’s own personal experience. Sunny Shams (whose name I was thrilled to see, as I’d met him when he was about 8 and I was working at his parents’ business, Alexander’s Coffee Bar in Sidney, BC) performs as The Boy, in a beautifully sensitive, and emotive way. Watching his soft, gentle, tortured character being beaten and teased in the first half of the opera, I was amazed to see his convincing transformation into the bully at the end.

This opera is humorous, and heartbreaking, without being portrayed in an overly emotional way. With illustrations by Giant Ant, and voice-over narrations by Shane Koyczan, Stickboy is an ingenious way of bringing together the traditional medium of opera, classical music performed by a small orchestra, and more modern poetics and visuals. It’s making opera accessible to a younger generation, and putting the spotlight on the difficult problem of bullying.

Shane has generously bared his soul through offering his story, and tenor Sunny relates it flawlessly with a touching and thought-provoking performance. The Boy’s grandmother, played by strong mezzo Megan Latham, was wonderful to watch, and an absolute joy to hear.

I was pleased to discover that whatever the ingredient in Shane’s poems and delivery that makes my bottom lip quiver and tears roll was absent from this production. That’s not to say that it was emotionless, not at all. There were still a few tears shed on my part, and definitely some laughter – namely at the use of the word “fuck” sung in an operatic style, and later during the show, when my generous rump, crammed into the narrow seat at the Playhouse, began complaining to me only moments before one of the bullies started kicking The Boy’s seat, and singing “Fatty, Fat Ass”, over and over again!. The thing that moved me the most was the five minute-long standing ovation at the end. The audience was clapping enthusiastically, and I was moved to tears at, what seemed to me, a perfect ending to the part of a life filled with rejection and bullying. Acceptance, and appreciation, and love for the generous sharing of such personal and intimate experiences. Thank you Sunny Shams, the Vancouver Opera, and most of all Mr. Shane Koyczan for this beautiful gift. 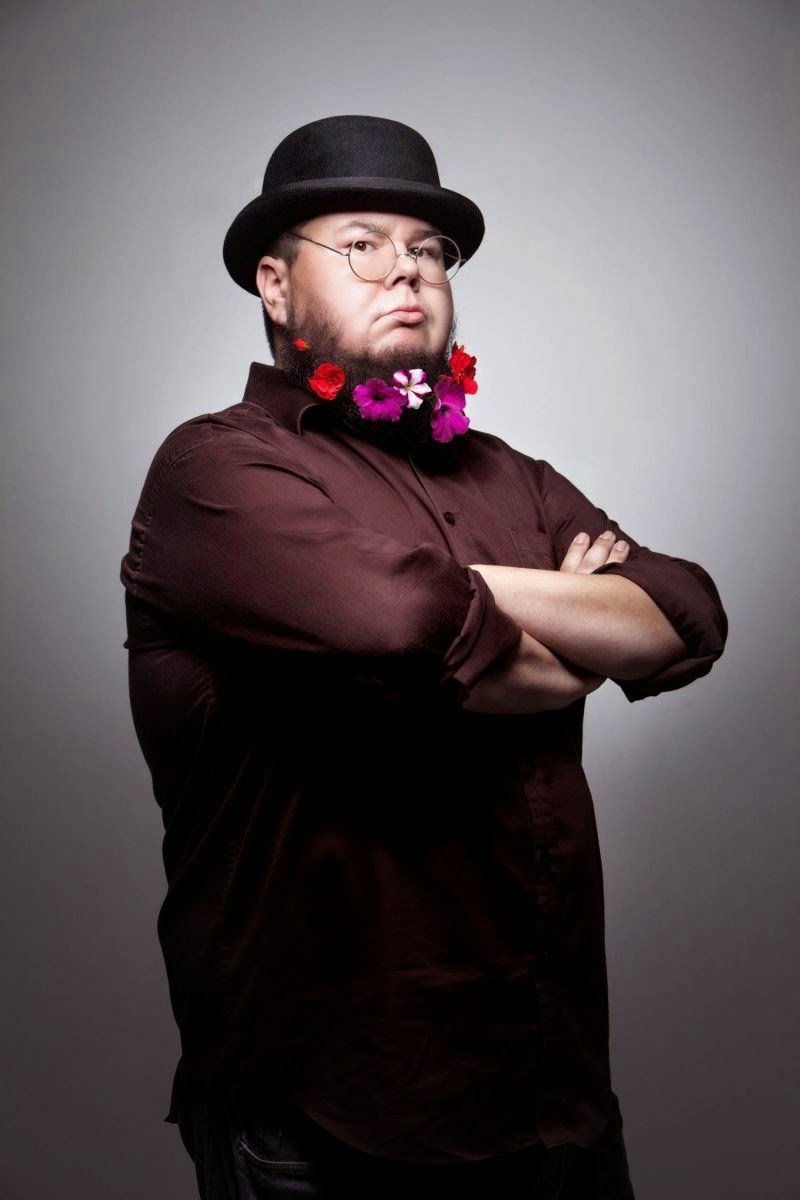