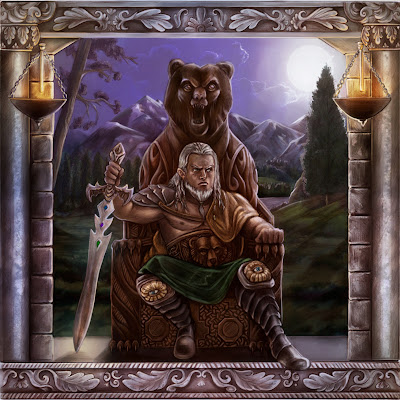 I've actually been kind of enjoying folk and pagan metal these days. Bought Bill Zebub's Pagan Metal documentary (which that link apparently allows you to watch for free) at a meagre discount at the HMV close-out (which is not really a SALE yet, as I understand the concept) and found myself particularly enjoying this incongruous combination of musical styles (somehow punk and folk was an easier sell for me). I'm happy I'm starting to get it. Bands like (Irish metal) Primordial or (Finnish) Korpiklaani help (the latter plays Dec. 3 at the Rickshaw - lotta fun songs about drinking). Meantime, Vancouver's own contribution to the form, Scythia - whom I interviewed here - play with a bunch of like-minded bands at the Rickshaw on Saturday, as some sort of pagan metal folkfest. I just might go, if my suburban condition permits...

EDIT: I incorrectly identified this gig as happening on the 2nd. It's the 3rd!
Posted by Allan MacInnis at 7:26 AM