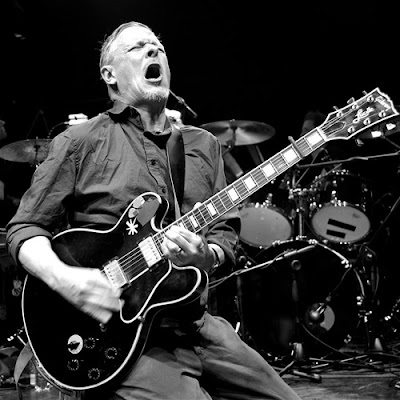 Working on a major piece for a print magazine on Swans, in which I speak with Michael Gira at some length about his formative years, his current music and the absence of Jarboe from the current line-up, among other things. Gira was very forthcoming and agreeable and it's one of the best interviews I've done in a long time; I'm not quite sure what I want to use from it for the print mag, so I can't offer quotes or excerpts here, but in lieu of that, let me mention that the new Swans album is a GREAT rock record (especially the more epic moments - "Eden Prison," say); and that the show at the Rickshaw on February 25th is a rare chance to participate in a historically important show - because besides the realtime merits of seeing a powerful band play powerful songs, the reactivation of Swans is an event of some magnitude, a Big Ripple on the Pond of Things That Matter, and one of those shows you might deeply regret missing once it passes into local legend - one of those "Were you there? WHY NOT?" moments that always leave ME kicking myself... like that Grinderman show a few months ago...
For those unconvinced, or for devotees, might I recommend tuning in to Nardwuar's show this Friday? He'll be playing a pre-recorded interview with Gira... 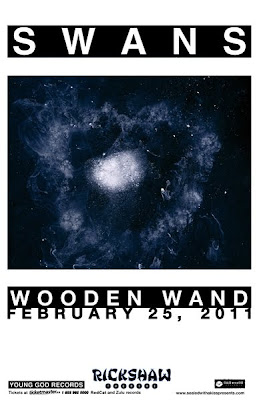