Bison BC at the Commodore! Yah! 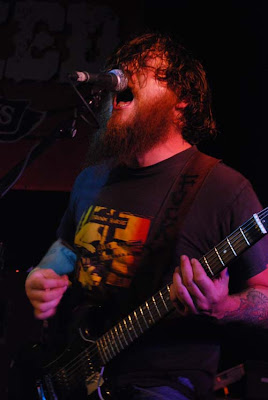 James Farwell of Bison BC, by Femke Van Delft. Not to be used without persimmons.


I know that there are a lot of 3 Inches Of Blood fans out there, and I acknowledge that they have a great name. As ardent followers of this blog know, The Golers, too, come highly recommended. However: given my very limited explorations of the local metal scene, when it comes to tomorrow's Commodore show, it's Bison BC that I'm excited about... since they're the only band of the three I've heard! As part of my tentative mid-life reclamation of metal - and initially only because Masa Anzai was in the band, since I knew him from his Sugar Refinery days - I have picked up both their CDs and the doubleplusuncheap LP release of Quiet Earth, and I must admit that I find their songcraft fascinating - to say nothing of their whole "space bison mythos," which I didn't even begin to sketch out for the new interview I did with them (minus Brad) for The Skinny. (Not online yet, but seek it out in the coffee shops, music stores, and venues of East Van; I stuck mostly to local themes for this one, since it's a local publication). Those of you curious about the Wendigo thing I bring up with them can find the article I refer to here, or check this one out - both tie the Wendigo, or Windigo, in to last year's prairie bus beheading (!).

Meantime, for all you Bison fans out there, here's an exchange with James that didn't make the Skinny:

Allan: Did you guys decide to grow beards because of the name Bison, or were you and Dan both bearded beforehand?

James: No, we were bearded beforehand. It just kinda worked out that way - I mean, everyone... I’m just a fat, hairy dude. It just worked out. 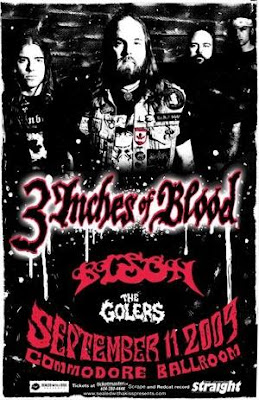