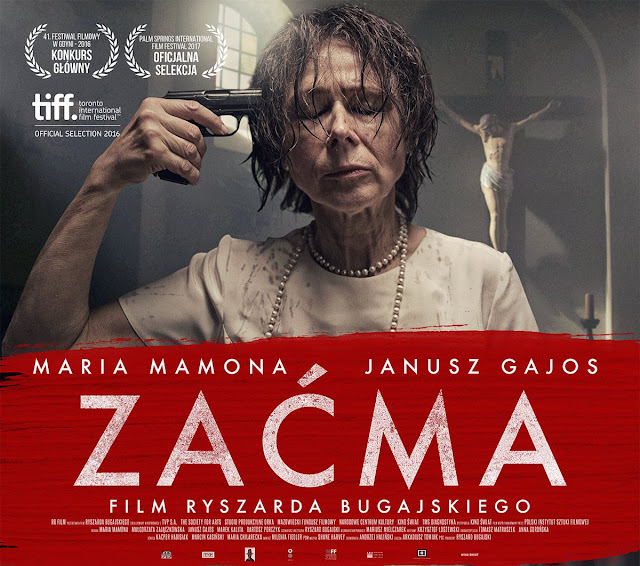 I have more than a passing interest in the films of Ryszard Bugajski, but really it starts with Clearcut, his remarkable 1990's feature about a pissed off First Nations activist (or perhaps trickster spirit) on a rampage, teaching a well-meaning liberal a lesson in putting your money where your mouth is (AKA Direct Action). It's a refreshing change from white messiah narratives - his white messiah is ineffectual and hypocritical, and receives, rather than giving, the lesson - and Graham Greene's character, Arthur, is one of the most compelling, memorable characters crafted by any actor in the history of Canadian cinema. I'm hard pressed to think of another his equal.

Clearcut is also one of the cruellest films ever made in Canada, unless you're going to start talking Uwe Boll (more to come on him later). And it's flat out fascinating to me that the film was made by a Polish filmmaker - one identified with arthouse cinema, not exploitation - during a sort of creative exile in Canada, after pissing off the authorties with his (also remarkable) 1982 feature The Interrogation. How did that come to be, exactly? It's not a short story.

Anyhow, I have a very large interview with Mr. Bugajski that I was hoping to put into the world this week, to promote the Vancouver screening of his new film, Blindness, which I believe is the film he talks about at the end of the one section of it I put on my blog. I haven't managed to do that - too much else going on, including a return of my arthritis, which is making me reluctant to type too much right now.

But all of Bugajski's films that I've seen - The Interrogation, Clearcut, General Nil, and The Closed Circuit are worthy and compelling, although also rather dark, each with emphasis on persecution and torture, shared by his current feature. Along with the early films of Bela Tarr, Bugajski's Polish films are some of the darkest depictions of life in a Communist country (or a post-Communist country), that have been committed to celluloid. So I'm very interested in catching his new film at the VPFF, where it screens this Friday night. As with anything these days, it's uncertain that I will be able to go, but the trailer for the film can be glimpsed here.  The TIFF writeup is here, and a detailed review here (it seems positive, but I hate reading descriptions of films I plan to see anyhow, so you're on your own).

That's about all my wrist can take!
Posted by Allan MacInnis at 12:51 PM