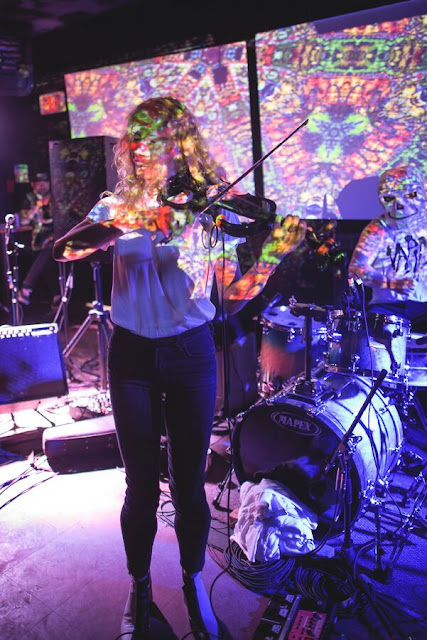 To be honest, my article in the West Ender on Psych Fest III went a bit weird. LA Witch and I were supposed to speak, but the conversation got SNAFU'd to heck. Local violinist Emily Bach, of Dirty Spells and Eric Campbell and the Dirt - pictured above - was an able replacement and a fun interview, but somewhere in there, with my deadline approaching, I also fired off an email to visiting Arizona band Destruction Unit, who I do not know well, but whose noise-meets-punk-meets-psych approach to rock music seems pretty exciting (I've been spinning Deep Trip, in particular, which grabbed me the most of their albums, but they're definitely an exciting, original band). Jes of Destruction Unit got back to me, but only after the article was already finished and submitted. Anyhow, begging your apologies, this is NOT the best interview I've done, but holy cow, check these guys out (and go to Psych Fest III in my place, Saturday at Fortune Sound Club - it starts early, is designed as an all-day experience, so don't just wait for the evening to roll around...!). 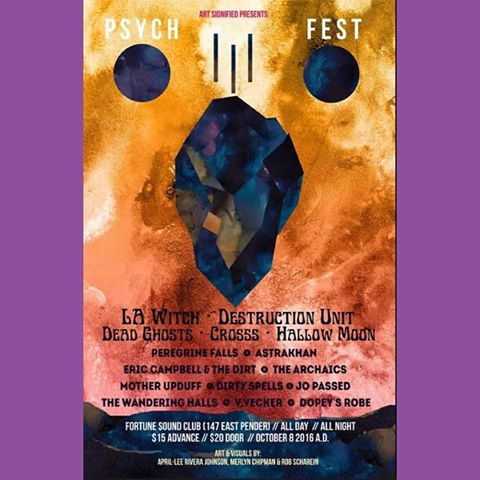 Allan: Have you played Vancouver before? What was it like? Any associations with the city? Bands you like from here? Experiences here?

Jes: We have played Vancouver as Destruction Unit one time before, with our friends Nu Sensae at the Polish Community Center. We have lots of friends in Vancouver, relationships that date years and years back, from booking shows in Phoenix for bands like White Lung, Unlearn, Nu Sensae... I just listened to the Laughing Boy demo and that is great. Spectres are great. Oaf is great. Flowers and Fire is great... lots of nice tunes. 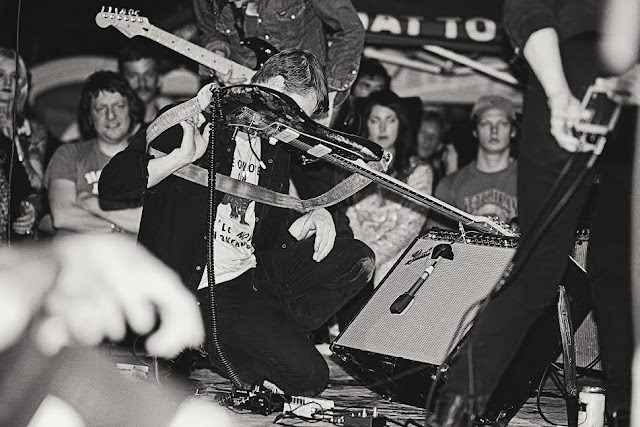 I gather Psych Fest is designed as a very trippy all day festival of visuals, sound, and weirdness, perfect for people on psychedelics.. I imagine this is nothing new to Destruction Unit. What is the trippiest, weirdest show you've played?


Well, every show is something new for us. I think playing with Rick Ross, Travis Scott, Schoolboy Q and Migos was a pretty weird show. I certainly thought I was tripping when I saw Ludacris in our green room. 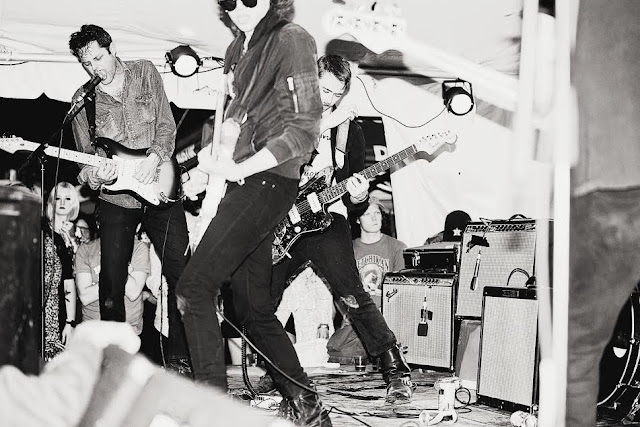 There's some real noisiness to your music, that seems as important as the punk and psych aspects. What are your influences/ background when it comes to noise? Are you interested in using noise to have any particular psychological effects on the audience? 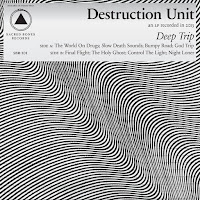 Noise is my only influence when it comes to Destruction Unit. Atonality. Interruption. Filth. My only effects pedals for my guitar are three RAT pedals and a box that smashes all incoming signals into two damaged oscillators. It's really not music, what we do.

I actually don't know your music THAT well, but I love what I hear on Deep Trip, in particular. Is that album atypical, though? The vocals on it remind me weirdly of early Bauhaus, but am I confused? I could see you guys suddenly breaking into the greatest cover of "Dark Entries" that could possibly be imagined.

I think each of our records are atypical. None of them are alike. Maybe a couple of the singles are similar to a couple of the albums, but only because they were recorded in the same session. Why keep making the same records? I think each time we do a record, and it comes time to do the next, all we think is "how can we fuck this up any more than the last time?" 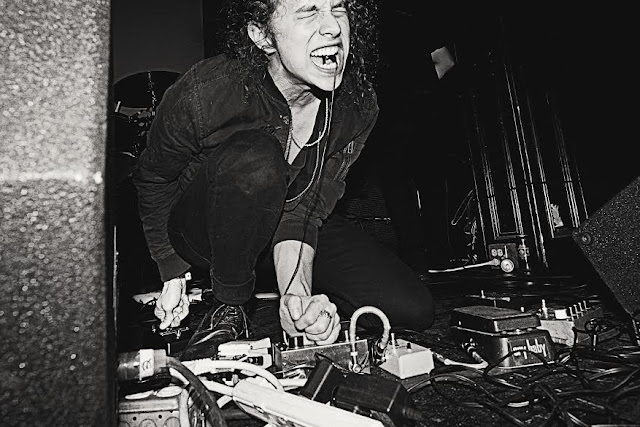 What is a Negative Feedback Resistor? (On first blush that album actually seemed even more challenging than Deep Trip!)

The title is something you have to take as you will. Negative psychedelia. Blue lives don't matter. 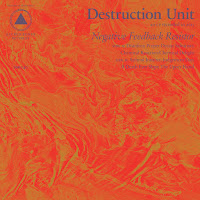 Do you ever scare people away, live, or inspire hostile or otherwise unexpected reactions? You set the bar for casual listening kind of high.

There is no casual listening of Destruction Unit, at least not live. Hostile opposition is certainly is no uncommon occurrence, its typically the promoters. If you're cool, we're cool. But if you're going to be a rat or a con or a creep then we will probably have problems.

Are you aware of Vancouver noise band Tunnel Canary, by chance?

Tunnel Canary is nice, kind of akin to Hijokaidan or Incapacitants maybe. I see The Haters and The Mutators mentioned in the interview you referenced, both great. The Rita is from Vancouver too I believe. Plenty of noise being made up here. We're just going to add to it for about 30 minutes.

What is your connection to the prison abolition movement, and have you ever played a prison? (Because you would surely cause a fucking riot, no?). By the way, the late Brian Goble of the (Vancouver) Subhumans was anti-prison, and Erin of the Rebel Spell and now Alien Boys has some connection to righting wrongs faced by prisoners... see "Fight for the Sun" -

The only jails I've ever been in, I've been on the wrong side of the bars. I'd play a prison, but I doubt you'd find a warden who'd have us. 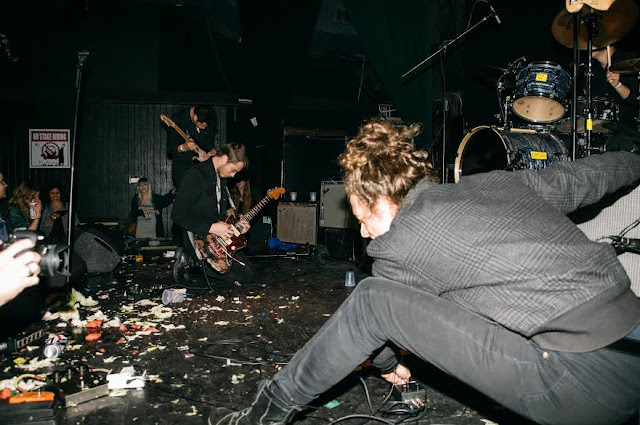 Do you ever play cover tunes? I'm always curious what covers people include in their set.

We've never played a cover, no. Early Destruction Unit did a cover of Warm Leatherette by The Normal, which came out in the early 2000's. That's the closest we get to doing a cover.

Anything else to say to Vancouverites curious about your show?

Test your gear before you dig in, you can always take more. Don't use alone. If something seems wrong or off, it probably is. Be safe. 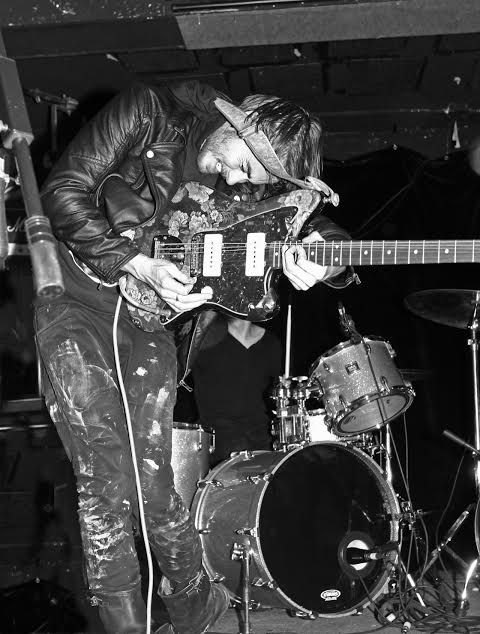 destruction unit is one of the best bands live!

Saw both Nu Sensae & D Unit @ Polish community ctr as part of Summerfest in Vancouver , big fan of both bands, looking fwd to this tonite.