Virgo a-Go-Go! this weekend (plus a small, digressive diss on Tom Waits that I'm sure will piss some people off, but I don't care)

There's a pretty fun-sounding show this Friday at the Russian Hall (600 Campbell Ave, Strathcona): it's Virgo a-Go-Go!, where every band that's playing supposedly has a Virgo in their lineup. That may be a bit thin for a premise, but it's a cute name (better than Pisces-a-Nice-Knees) and it's good music, with Paul Pigat - virtuoso Vancouver rockabilly guitarist, apparently celebrating his birthday that very night - headlining with Boxfire Campfire, his solo "acoustic roots Americana" project. Jim Heath - the Reverend Horton Heat - picked Pigat as his favourite local guitar player, calling him "one of the hottest rockabilly guys ever" when I interviewed him last. Having caught Pigat's other unit, Cousin Harley, opening for the Alvin brothers a few months ago, it was really easy to see why. iTunes users can hear Boxcar Campfire here, or there are a few short samples on Pigat's website. ("Bury that possum with the eyes looking down?" I think I smell a Tom Waits fan...* I like it better when Pigat's riffing on Johnny Horton, but what the heck, it's a good line). 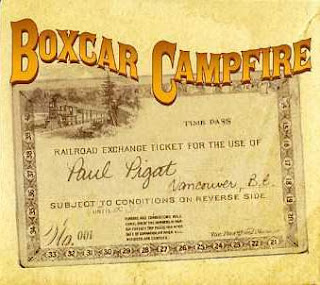 Pigat tells me he also has an upcoming show at Hermann's in Victoria on September 23rd, the Smoking Jackets, a swing band he had when he lived on the island in the 1990's... Plus Cousin Harley will be playing White Rock on the 24th, and he's off to Inuvik tonight, for all my Inuit readers out there. His upcoming show listings here... if you like smokin' hot guitar licks, you gotta catch this guy... 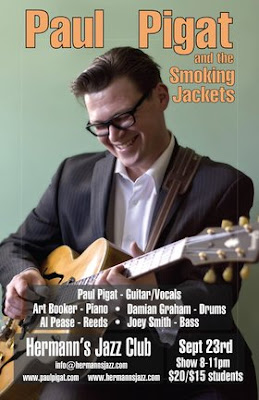 I haven't caught Big Top, another one of the night's top-billed acts, live yet, but I did check out their CD,  Jo Jo the Dog Faced Boy. (I think they might have put out something since). It was an oddly unclassifiable, brain-tickling experience: twangy, laid back roots rock, more-or-less instrumental, but with overlaid circus-themed spoken vocals (and some insect sounds and other stuff) that seem to cohere as a narrative (though I'm not sure what that narrative may be; perhaps this interview will clarify?). I still don't really understand what I'm listening to, but I like it. Not sure what leader Scott McLeod's sign is, but I gather Marc L'Esperance is the Virgo in that band (also celebrating his birthday, I'm told, and also playing in Neon Stars). There's probably a Tom Waits influence somewhere in here, too, but it's not overt. 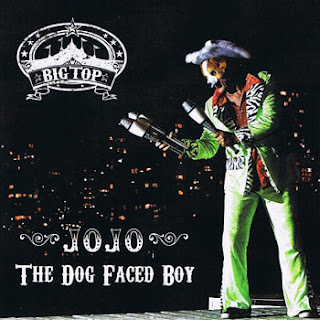 Then there's (nuff-said-already) China Syndrome, who have put one of their strongest, coolest songs, "One Too Many" - which kinda reminds me of the more menacing-sounding songs by the Jam, but underwater, on a submarine - on their main page. (That may have changed, if you're reading this in the far future, since they're working on a new album, but check it out while you can). Frontman Tim Chan - who surely must be tired of being asked questions by me by now - says the band will do a short set focusing on new songs, and maybe a new cover tune (though I don't know what yet). 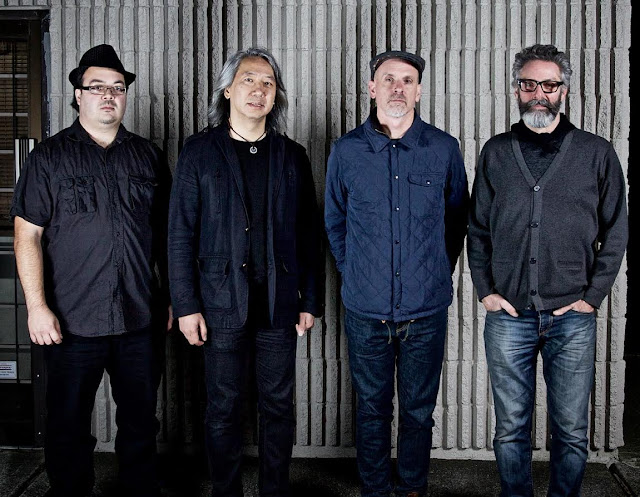 By the way, Tim also points out that the other band he's in, Pill Squad, will play the next night at Lanalou's, with Bubble11 and the Shadooby Rats (who?). I assume that any and all cool gig posters for these events are designed by Pill Squad's Scott Beadle, but I don't actually know.

And I don't really know most of the other bands on the Virgo A-Go-Go lineup, either, though I've caught Ana Bon-Bon doing her solo accordion thing a couple of times (not sure where) and had fun. And hey, isn't that Jimmy Roy (Ray Condo, Petunia and the Vipers) on lap steel in the Skillet Lickers video? All in all, it sounds like a helluva fun Friday night - eight bands for a pittance, a mere $12 in advance, with tickets at Bonerattle, Highlife, Red Cat and Zulu. It's so cheap I can't even presume to cadge a guestlisting. Music starts at 7:30 - Facebook page here. 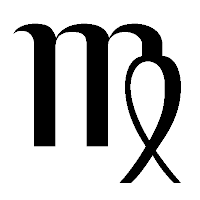 *And yeah, yeah, yeah, Tom Waits is great, I've loved some of his albums, but he suffers from a certain over-exposure, doesn't he? When you're surrounded by someone and see his influence everywhere - I'm looking at YOU,  Devil in the Wood Shack - and have friends tellin' you what a genius he is - a GENIUS? - it gets a bit cloying, oppressive, disagreeable, especially when you're more interested in the people who influenced HIM than the people that he influences. I bet that, like me, Tom Waits himself would rather listen to Howlin' Wolf (or somethin') than his own music (let alone people paying homage to him). I mean, I hope so. The same thing could probably be said about the Cramps, I guess, since their presence and stature distracts people from listening to the music that the Cramps were actually enthusiastic about and acting to promulgate; they have plenty of fans, I suspect, who think "She Said" is great but don't know who Hasil Adkins is... except that, you know, Lux did DJ stuff, the Cramps did plenty of cover tunes that make their debts and forbears obvious, and there are all these anthologies of songs that the Cramps covered that make it pretty easy to get back to the roots of their music. It might have taken me thirty years of Cramps fandom to hear the original "Sunglasses After Dark" but I got there eventually, and you don't really get the feeling that the Cramps were re-directing tradition to call attention to themselves, rather than standing squarely IN tradition, & bringing it to a new audience, which is far preferable and humbler and more appealing to me (at least). I mean, Waits does the odd cover himself - there's at least one Leadbelly song he's done, and probably others - and no doubt he's done some radio too; I'm not saying he's totally to BLAME for his over-exposure, just that he IS over-exposed, and gets too much credit for being this great ORIGINAL when he's obviously drawing strongly - if oddly - on tradition. Too many people look at the finger when the moon is the point. I mean, he's fun, he has some great songs, but... y'know? I drag out Rain Dogs every few years, maybe Heart Attack and Vine or Swordfishtrombones, and really, it goes a looooong way... a looooooooong way...
Posted by Allan MacInnis at 1:08 PM