Right, so - the Rebel Spell again, plus Carsick Cars cancels! 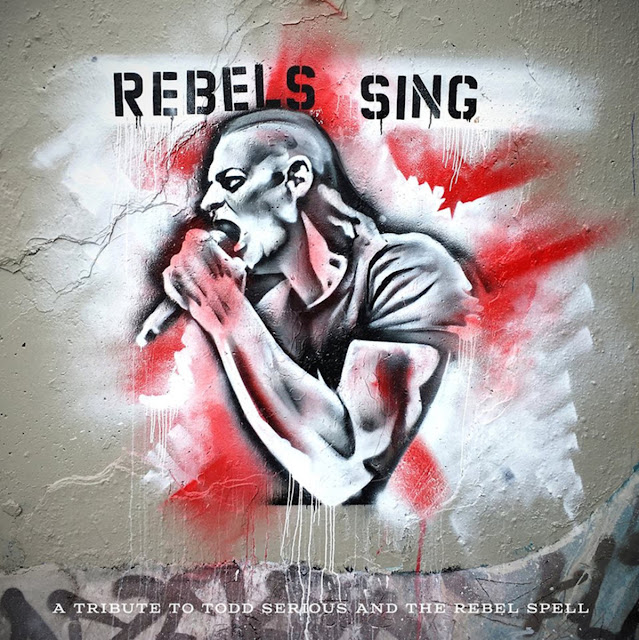 Okay, the god's honest truth was, listening to Rebels Sing: A Tribute to Todd Serious and The Rebel Spell my first thought going from track to track was something like, "cool, but Todd sang it better." The guitars and such were great (I'm sure - they're almost never the first thing that catches my attention about a song) - and I love the idea of the project, and I hope it succeeds - I hope this Friday's show at the Rickshaw is just packed - but mostly I liked the Rebel Spell for their message, not their music. They wrote great songs, and I like what they stood for and who they were, but if the lyrics hadn't been so engaging I probably wouldn't have cared that much, y'know? So hearing a bunch of other people do faithful renditions of their songs, but with voices OTHER than Todd's... I mean, I could just listen to the Rebel Spell! (After spinning it I played their first and last albums in succession and got my fix in).

Maybe it's just me.

Still, there are some really interesting cuts on it, don't get me wrong. My faves are the ones that completely re-contextualize Todd's lyrics, especially those by Jesse LeBourdais, Ancient Grains, and Drum & Bell Tower, all of whom do something folky or at most folk-punky with the songs they cover. Speaking of which, who the hell are Ancient Grains, anyway? There doesn't seem to be a lot of information online about them. It's uke and violin and a girl vocalist (or two?), and they bring out a sort of nerdiness to the song they do (the apocalyptic "Last Run") that is quite endearing and effective, like, "this is a message so strong that we don't have to shout it." It's kinda Moldy-Peachy and fun, akin to Jeffrey Lewis covering Crass, another album I really like. So I like the album, I've preordered it, and I'll be at Friday's show, but other than those three tracks (and the new song by the Rebel Spell, and Lexi Marie's cut, included as a bonus, not on the double LP proper), the best I can say is, I sure hope it introduces this fantastic band, who are no more, to a whole new legion of people. Tho' I suspect most of the fans of the bands on it already knew who the Rebel Spell was.

Anyhow, it's got a cool cover. Plus I did an article for the West Ender, which you should be able to find here in a day or two. And I'm excited that I'll get to see Erin's new band, Alien Boys, at this show. That's all I gotta say on it that I didn't already say in the article, which is VASTLY more positive about the project (I mean, who cares what I say on my blog, 30 people will read this at best). 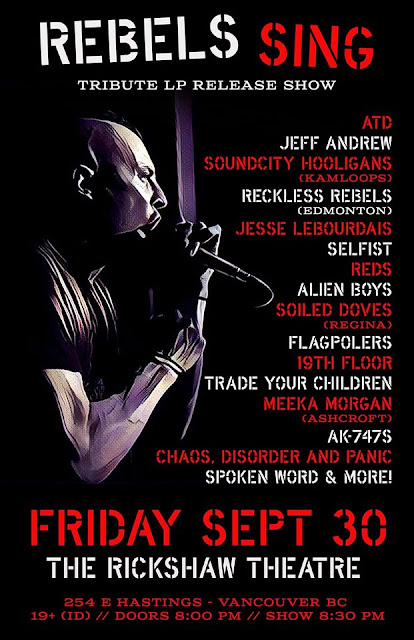 In other news, my favourite band from Beijing - by which I mean, the only band I know from Beijing - was slated to play the Rickshaw next week: Carsick Cars. But they cancelled. Which makes clear why I was having so much trouble getting in touch with them. It's too bad; if they reschedule, you should go.

Did I miss Petunia and the Vipers homecoming show? Shit. Joey Only and Gerry Hannah October 7th! Waah!
Posted by Allan MacInnis at 9:01 AM