Fast and Loose with the Lou Reed of Vancouver: an interview with the Furies' Chris Arnett 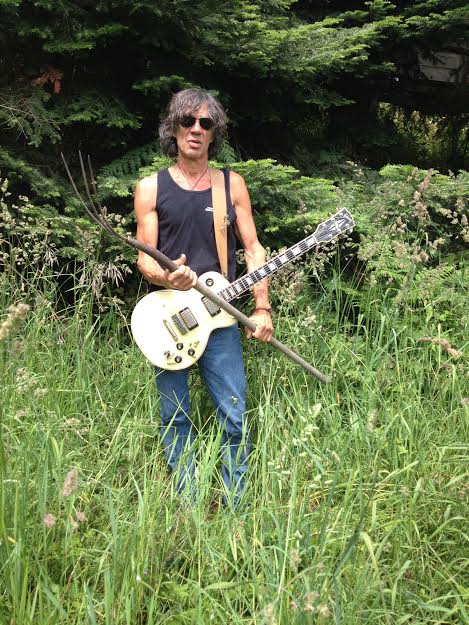 Photo by Barbara Arnett, not to be used without permission

Apropos of the Furies' upcoming SBC Cabaret gig, I've (once again!) interviewed Chris Arnett - guitarist, vocalist, songwriter, and now Doctor of (and here I feel compelled to add, if in brackets, "Motherfuckin'") Philosophy in anthropology at UBC. His academic career was partially the subject of my previous interview with him for the Georgia Straight (though followers of this blog will note that I've talked to him many times over the years: try here and here, for more). I don't have a whole lot of new stuff to say, but he's sort of the Eddie Felson of guitar here in Vancouver ("fast and loose") - a true authentic, and as close as the scene here ever got to producing our very own Lou Reed...

...which reminds me that somewhere I have an untranscribed story, recorded shortly after Lou Reed died, bout how Chris attended a concert by him Lou in Vancouver back in the 70's or 80', and, in response to Lou's laconic "any requests," shouted "I Wanna Be Black," which the band proceeded to play! (So Chris Arnett has had at least a LITTLE influence on Lou Reed, not just the other way around...).

Anyhow, see the show, with Pill Squad, the Prettys, and Fashionism opening. Here's my email exchange with Chris. In the guise of editor, note that I have gone through and changed his semi-habitual lowercase personal pronoun "i's" to more conventional capital I's, which I hope won't seem like I'm correcting Hubert Selby's punctuation and indentations or something. (I can/t stand when publishers do that). 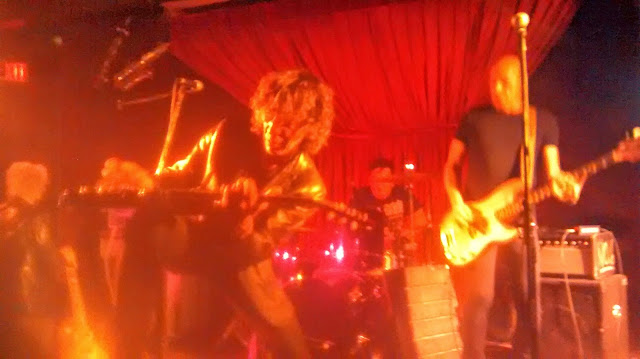 Allan: Congratulations on becoming Dr. Chris Arnett. What does the degree mean to you practically, and what were the best and worst parts of earning it? What's the next step, as an academic?

Chris: For me the degree was about getting some rigour into work I'd been doing for decades. Because of the unique situation regarding the question of unresolved property rights here in BC you got to be rigorous in this stuff, because it may all end up in court. The worst part (if you can call it that) was being humbled by my ignorance. The best part was being turned on to the technical and theoretical aspects of archaeology and meeting, networking and partying with lots of awesome new colleagues from UBC, SFU and all over the world. Archaeologists always shut down the bar! As for the academic future I got lots of cool projects and contracts.

Since I know you're passionate about First Nations issues, is there anything you're concerned about that you want to draw people's attentions to? The Site C Dam, for instance, if I'm not mistaken, will actually involve flooding heritage sites - any that you've done work at? What else really pisses you off in this province right now? (Free reign to rant!)

My interest in First Nations issues stems from my long-term interest in local history. People have been in BC for thousands of years but the European settlers have kept their history separate from that of First Nations. My work has always been about removing that artificial divide. Site C is just another example of old fashioned maladaptive 20th century settler governance beholden to foreign interests. Heritage sites will be destroyed but more important is the impact to the landscape and its resources (animals, plants and spirits) which have sustained the area for millennia. All could be destroyed due to short term thinking.

Tell me about Clogged Arteries and "The End of the Bridge." That's musically a bit different from what I'm used to - who is playing what, is that all you? (Is there a lyric sheet?). What bridge are you singing about? The pipeline seems a bit dead in the water these days, but is it all going to come roaring back, do you think?

I was invited to contribute to that fabulous compilation when the Enbridge pipeline debate was getting hot and heavy. The title "End of the Bridge" is a word play on Enbridge and their silly attempts to try and win over FN's along the proposed route. I recorded it in Gord Nicholl's studio on Hastings on a rainy morning. Did the vocal and guitar in one take and overdubbed the lead. Gord mixed it and I was out of there in an hour. I guess its out of date, but the album did what it was intended to do—stop the pipeline. Since moving to Salt Spring 28 years ago I have written and played lots of acoustic country hillbilly old timey shit at parties, concerts and open mike at the local bars. 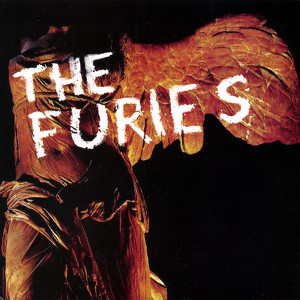 Any Furies news? I keep waiting for a new album...

We will have two albums out this year —a noise fest studio project and a live recording from the SBC show! I was distracted by the PhD but no more.

I'm not a gear guy, so I've never asked you about your guitar(s). What do you play? What will you be playing on the 18th? Any stories about your instrument - places it's been, past owners, colourful experiences...?

My guitar is a Les Paul custom special which i bought in 1975 when I was working as a teamster in a marine chandlery on Powell making good union wages ($5 an hour—which bought two cases of beer). It was a big purchase ($1,250) but I had more money than I ever had and I was a big fan of Mick Ronson so I bought it. It's been well-thrashed. When I was in the Shades, the bass player was roaring down Hastings in a sportscar to a show at the Helen Pitt with e [that is to say,, the band named e] and UJ3RK5 and the guitar went flying from the trunk onto the road, fucking it up. He didn't tell me until we were ready to play so I borrowed another guitar for that gig. Since then I've broke the headstock twice and fixed it myself. I recently turned it over to a local luthier (named Rock) who laid on a new black ebony fretboard with gold frets and it plays better than ever! I have another cheaper regular Les Paul for live shows that I use when I have only three strings left on the other one.

How many times have you, in any format, played the Smilin' Buddha? Is this your first gig at the SBC Cabaret? When was the last one? What are your favourite memories of the place?

The Shades played a three night stand at the Buddha in '79. We were the second band (after DOA) to sell it out three nights in a row. The Modernettes opened for us—it was their first gig. On one of the nights, my wife Barb got beat up in the washroom by two angry women. I never really hung out there that much because most of the bands at that time were so derivative and bad.

I'm curious - the band has always seemed delightfully loose, live, but do you do anything to prepare for a gig? Rehearsals, jams, etc? (How often do you pick up a guitar between gigs?).

We rehearse for every show—usually two times. The band [also including Taylor Little on drums and John Werner on bass] is professional and we've been playin' together a long time so they kinda know the drill and can fake it when they don't. As for me, I play an hour a day or so. Its more like exercise, 'cause I tend to move around a bit. And because I live in the country I can turn it up and nobody cares.

What's life like on Salt Spring Island these days? A friend of mine is moving there - any handy tips for people considering it?

Life on Salt Spring is what you make it. For us it was a steep learning curve, because we are not rich or pensioners (like lots of folks here) so we had to be resourceful. We've always had a large garden and clam and crab is there if you know when and where to go. Appearances here mean nothing and people are judged on their behaviour. So many move here from urban areas (mainly from eastern Canada or the US) with a dream of what island life is all about. They are often disappointed and leave. See ya!

Just out of dumb curiosity, you strike me as a pet owner. Are you? I imagine you as a dog person...

The only pets we've had here was a cat from the city who was run over within weeks and another local cat who lived 20 years without a hitch before dropping dead. Dogs here are a pain in the ass, barking and shitting everywhere and chasing sheep. Keep it on a leash, 'cause farmers happily shoot them if they show up on their land.

I'm finally freed up to complete a project I started awhile back about the early 1977 pre-DOA/ Subhumans/ Pointed Sticks Vancouver punk scene - i.e., about the Furies and the Dishrags. We were the shock troops that everyone else followed. It's a story that Van punk aficionados may find entertaining and, of course, will be accurate 'cause I was there and I got a better memory than most. I'm a musician, historian and an archaeologist! Dig? 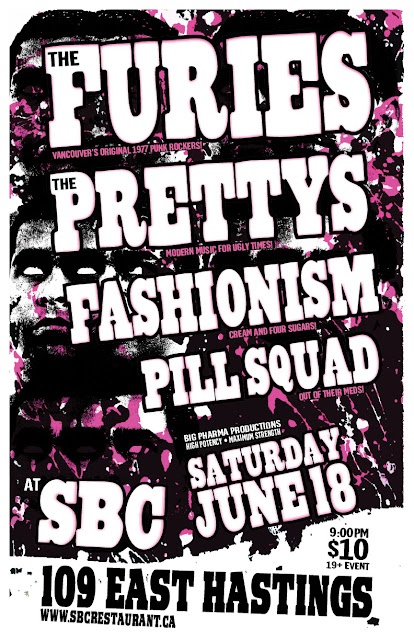 Posted by Allan MacInnis at 3:51 PM