I'm actually okay with re-naming Trump towers in Vancouver and Toronto, but, besides being unlikely to happen, it's going to be embarrassing when the dumb twat is elected president. I actually went to check out the Vancouver building today, at 1151 W. Georgia, bringing a couple of my Japanese students with me (who, unsurprisingly, had never heard of Donald Trump; Asian students generally pay very little attention to politics). I hadn't realized until today that it was built according to an Arthur Erickson design. It's actually kind of cool looking, as big glass towers go - it has a funky twist in it, anyhow. Maybe terrorists will blow it up? (One good reason for a name change!). 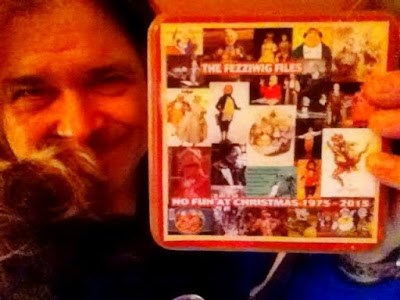 In other news, David M. (pictured above with his dog Ozzy) has released The Fezziwig Files: an 8 CD set of No Fun at Christmas shows, celebrating the 30th anniversary of said shows. Dates for this year's David M "Christmas Alone in No Fun City" concerts have NOT been announced as of yet. Personally I think David should try to get an opening slot before Robyn Hitchcock, soon coming to town; the first time I ever saw No Fun live was in front of Hitchcock (on the Eye tour, I believe) at the Town Pump... tho' it was NOT a Christmas show... 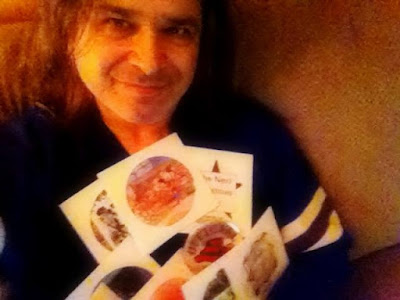