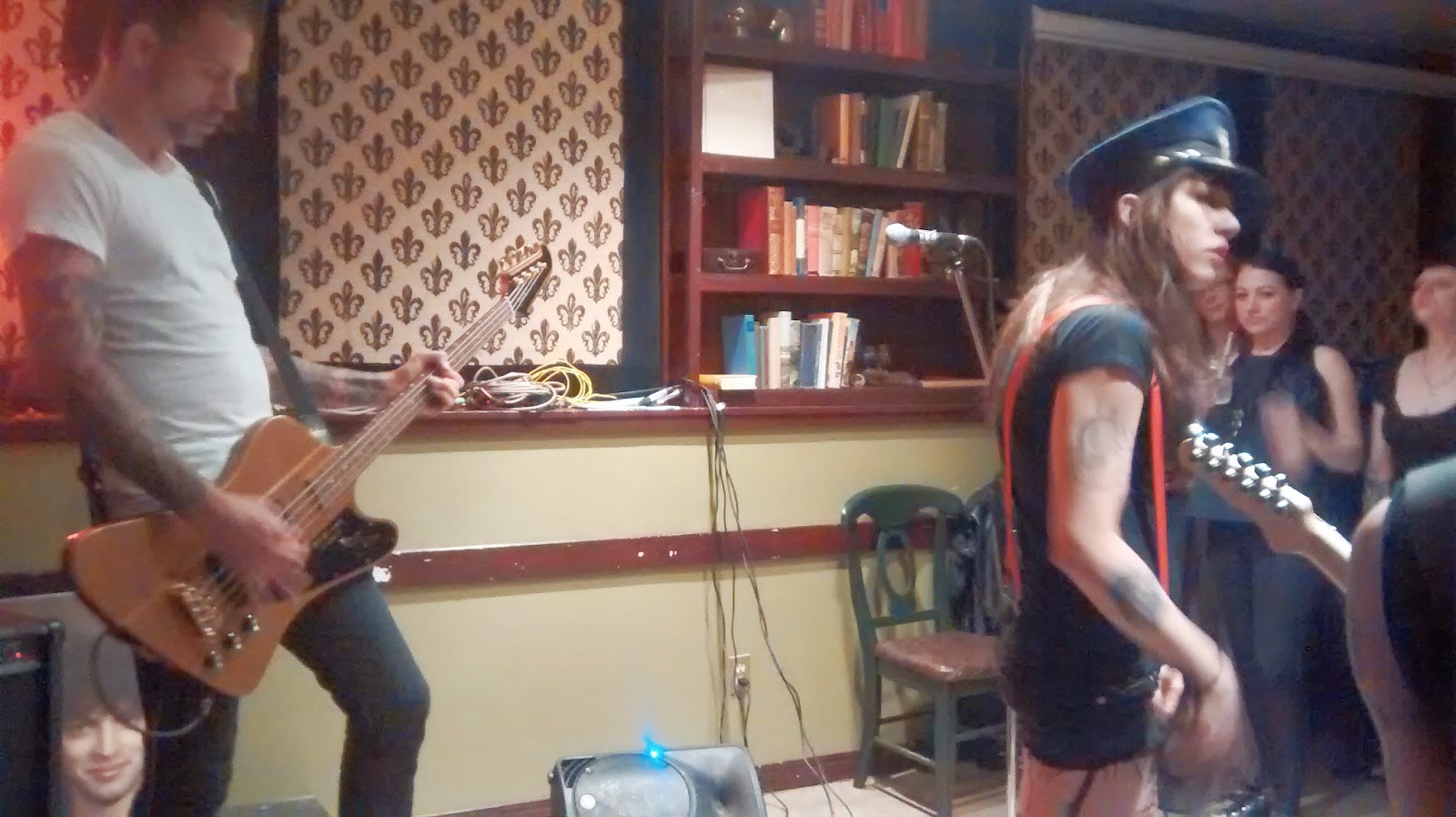 The Wett Stilettos are apparently enjoying my describing them as "snotty old school punk" in their first ever mention in the Georgia Straight this week. I'm suspecting they might just kick ass this Saturday when they open for Death Sentence, actually. I've seen them twice now, both times through no design of mine. The first show, at Lanalou's a few months ago, they were playing in a bill with that Forgotten Rebels tribute band that Danny Nowak (happy birthday, Danny!) sang for. Truth be known, they seemed a little stiff that night, and I didn't pay them much mind; Danny's band had already played, I was tired, and I headed for transit before their set finished. A few weeks ago, on the other hand, seeing them open for the Furies at the Fairview, I was struck by how much stronger they'd gotten (Maybe I just had more energy that night? They sure seemed to). I might just go check'em out Saturday, opening for Death Sentence at Funkys. While I like Death Sentence just fine - I believe I saw them once in the 1990's, at the York Theatre, on the same bill where I believe I caught the Spores - a gig I barely remember - this time out, I actually WANT to see the Wett Stilettos. They're kind of almost the draw (and "In Flames," of course). Check out a song by the Wett Stilettos here. (Track 16).

One wee suggestion for the Wett Stilettos: it would be cool to see a female fronted punk band perform a cover of the Nervous Eaters' "Just Head." I would really enjoy the rude gender politics of that. Just sayin'. 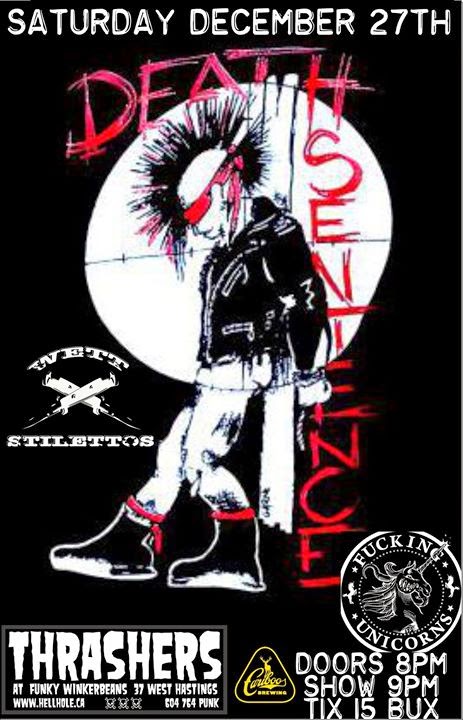 Posted by Allan MacInnis at 9:15 PM