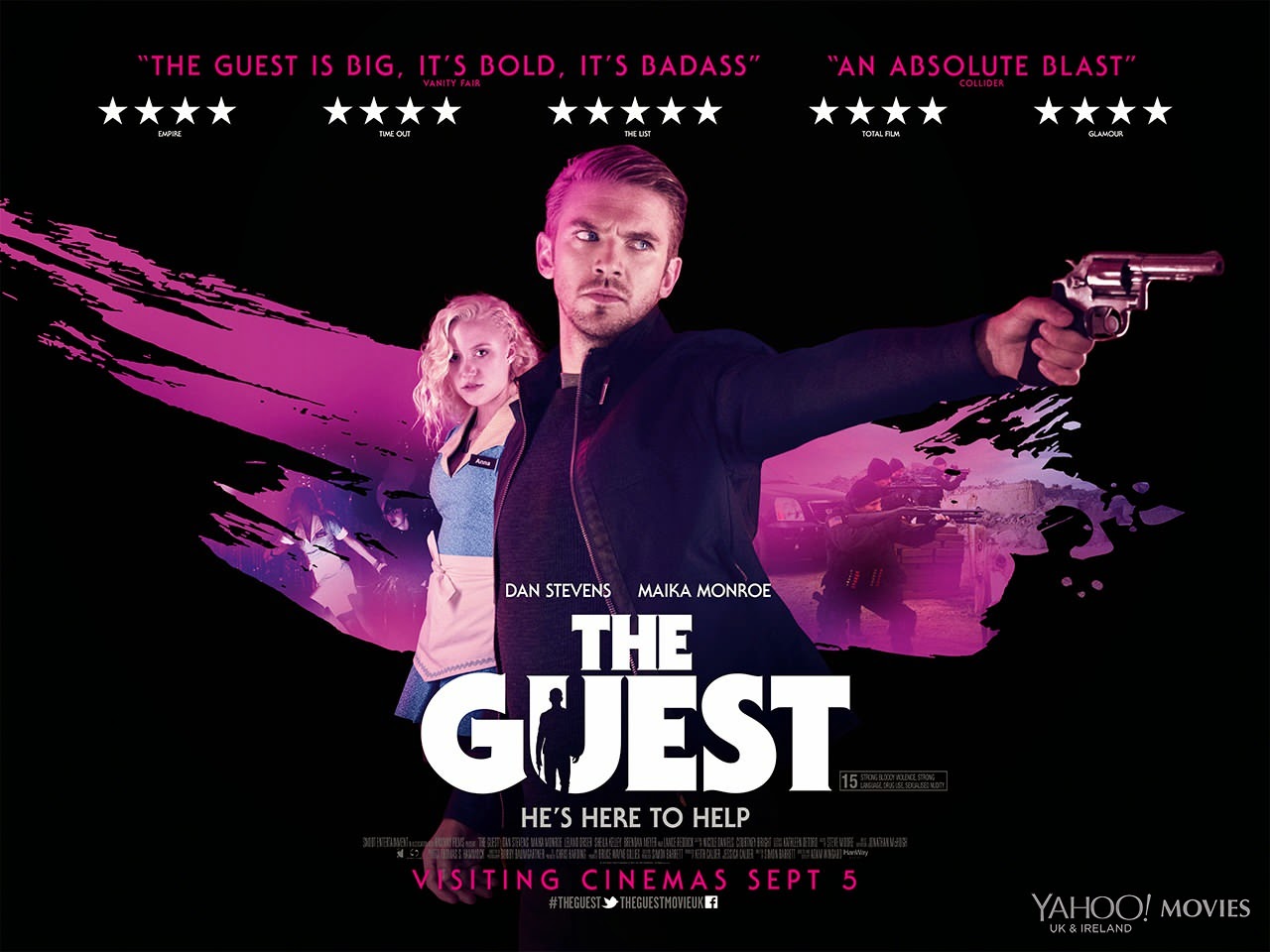 Just caught up with Adam Wingard's The Guest. It's great, smart exploitation/ suspense cinema; I liked it even better than You're Next. The trailer I saw made it look like yet another tired riff on the "sexually charismatic visitor destroys hypocritical middleclass family" theme (think Teorema, Brimstone and Treacle, and Visitor Q). I've been skeptical since Borgman, from a couple years ago, that there's life left in the genre; that film seemed positively by-the-books, like the story was already being told one time too often. Happily, it turns out that the trailers do The Guest an injustice: while it IS basically a sexy evil visitor movie, it's terrific stuff, with a lot more political meat than I expected (and an interesting treatment of the theme of bullying to boot, picking up on conversations Erika and I had around the seeing of Stickboy). Plus it owes as much to A History of Violence or your average movie about (spoiler) conspiracies to create super-soldiers using mind control programs as it does to the Teorema template. Better than I expected, and well worth a look.

Oh, and speaking of that particular clique of horror filmmakers, I really liked Ti West's The Sacrament, too. It basically is a Shakycam riff on Jonestown but it has some great moments. Must admit that I was hoping for an even more downbeat ending, believe it or not. It's still really worth watching.

What else? Blue Ruin - which I just caught up with with Ma - was over-praised, if okay. Also, having attempted a second viewing of Guardians of the Galaxy since my previous post, I have to admit that it was over-praised too; a few cute moments lift it above the run-of-the-mill comic book spectacle SF film, but it's still basically a whole lot of mind-numbing special effects strung together at lightning pace. No amount of Groot can make that stuff stay interesting.
Posted by Allan MacInnis at 12:08 AM