Enter the Void: make no further plans until you SEE THIS FILM 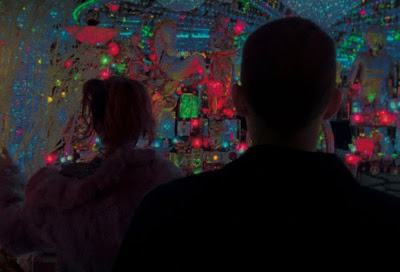 Have you ever had (gasp) a drug experience? Did you combine it, most eagerly, with cinema? Are you the kind of person, say, who might watch Tarkovsky's Stalker while under the influence of a psychotropic? ...Are you even in the slightest bit interested in The Tibetan Book of the Dead? (Did you ever own the Tim Leary/Richard Alpert version? You don't have to have read it...). Do you relish perceptually adventurous, scopophilically gripping, fiercely ambitious film experiences - the kind that leave you staring in silence at the screen, flabbergasted, your eyes wide open, your attention wholly captured by the images there, which dare to take you to realms previously thought unfilmable, with the filmmakers apparently grinning at their own audacity all the while? Does the use of cinema to capture unusual subjective states (like, say, the perceptions of the newly dead) resonate for you? Did you feel, aside from the horror and disgust and rebellion, a smidgen of awe and respect at the cinematic feats of Irreversible? 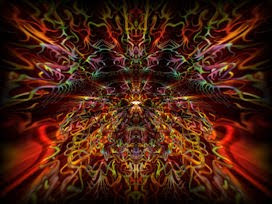 If any of that resonates for you, take it from me: you really must go see Gaspar Noe's new film, now at the Vancity Theatre, Enter the Void. You must see it in the cinema - to experience it on the big screen - and you must see it as soon as possible - tonight, if you can - because there is a good chance you may wish to go see it again before it ends its short run. If you are the sort of person in whom this blog has an interest, you will want to see this film. Trust me, and read nothing else about it - because the less you know, the more intense your attentiveness will be. (It is okay to know that it is set in a Tokyo rendered in part in psychedelic glo-stick neon, & that it involves a young drug dealer who gets shot, but I wouldn't trust any other critic not to inadvertently give away some of the delights and surprises of this film; knowing more than you do thus far can only lessen its impact). You needn't fear, by the way, that it will be as brutal as his Noe's previous two films, by the way - it isn't. Go see this movie. 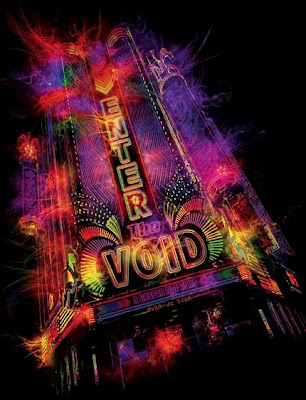 Postscript: Gaspar Noe MAY be an arrogant showoff, or worse, a conservative of some sort. This film has some of the moralizing feel that runs through Irreversible (my copy of which I actually gave away, having come to the conclusion that it is a fundamentally, inexcusably homophobic text). It will not be uncontroversial, and I do not promise you you will ultimately be on side with this film - you may wish to rebel, to guffaw, to call it down. This is your right, your privilege; I cannot say how I feel about the film, or Noe, myself, save that in this case, I am staggered by the immensity of his ambition and the skill with which he brings it off. One thing I think I can say with certainty, however, is that if you're a cinephile, regardless of how you end up feeling about Enter the Void, you will probably want to see it again at least once.
Unless you're Katherine Monk, tho' I'm not sure she counts as a cinephile (...don't read that unless/ until you've seen the film, eh?).
Post-script the second - this one is an apology: Trigger, double-billed with Enter the Void, is a sweet, sincere gesture of a film; it is very well-written, with a fine ear for human dialogue; (the late) Tracy Wright and Molly Parker give great performances; it is a film that will be of great meaning to those who knew and worked with Wright; while - for those of us who are not in the inner circle -the film will likely prove interesting in that it is set in the same Canadian rock landscape that brought us Hard Core Logo, and in fact features co-producer Callum Keith Rennie as a character named, um, "Billy" (and Julian "Bucky Haight" Richings, too, though he is not explicitly called Bucky anywhere in the film). Some of the themes from Hard Core Logo are carried over, as well (and you all know that Hard Core Logo 2 is finished and playing at the Whistler Film Festival, right?). There are all sorts of good reasons to go see this film - but my experience of it was completely dwarfed by the Noe film, so I haven't really even tried to do it justice. I liked the film!
(I've edited this last bit to get rid of a misunderstanding - I'd thought there were some nights on which Trigger was the second film featured, and recommended catching it BEFORE, not AFTER, Enter the Void - but I seem to have been confused, now that I've re-checked the Vancity theatre homepage...)
Posted by Allan MacInnis at 10:07 AM

The Jap flick sounds cool. Saw Rock 'n' Roll High School for the first time high on some mushrooms I bought at the Europe. The D-U-M-B letters on the screen were the best. Could be I saw a few other films Hawkwind high as well. Wonder if that is part of the reason more people are going to the movies again: they are too high to just sit on the couch.

saw it last night. it's like nothing I've ever seen before. Incredibly modern and at times excruciating. A Masterpiece.