A few brief video notes before I leave

Right, so... I have some projects to focus on, so that'll be the end of blogging for a little while. I hope to be back with an interview with a filmmaker I much admire, about a very special film screening that is supposed to happen in Vancouver mid-November. I'll keep that to myself for a bit until there's confirmation that the screening/ interview will happen.

Briefly, tho', a few parting notes on some film fare. Though I did enjoy Splice, the most interesting video I've encountered on the New Releases wall in the Maple Ridge Rogers Video is a Canadian-made feature called The Wild Hunt, a drama that takes us inside the world of Live Action Role Playing. It's a unique and provocative film - I recommend it for anyone for whom LARP, the SCA, D&D or such resonate - even for skeptics and naysayers. It's also really fun to watch, smartly filmed and plotted - interesting characters, interesting business between them, interesting questions of the need for/ value of this sort of role-playing fantasy, so popular in certain quarters... it was as good as I'd hoped, seeing the poster - maybe even a bit better! 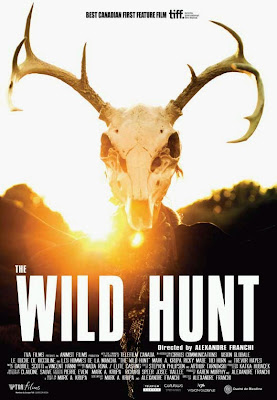 Two VIFF features also struck my fancy during the last week of screenings, and I hope people will keep an eye out for them, should they get picked up. There's a very odd monster film, Monsters, which uses an SF premise to explore the experience of being an "American refugee." I couldn't quite puzzle out how the love story in the film connects to the curious, quasi-"poverty porn" narrative of Americans trying to return home through a Mexican infected zone overrun by dangerous alien lifeforms, experiencing poverty and desperation firsthand. Is the film actually saying something about class, about America's relationship to the developing world, or is it just an unusual and effective but ultimately incoherent SF thriller? Not quite sure, but I did enjoy thinking about it. 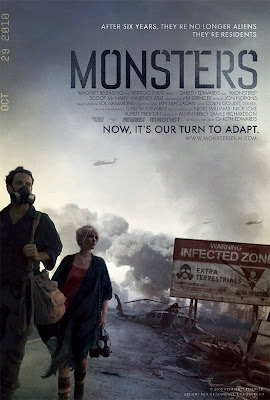 Finally, VIFFwise, on an entirely different level, any cineaste out there should see the Iranian film The White Meadows. Unfortunately, I caught it after a night's poor sleep, and - no comment on the film - nodded off at various points, so I can neither describe it on the level of "plot" or "theme" - though the latter would be the relevant matrix, since the film is a dreamlike piece of mythmaking, with some of the poetry of Cocteau. However sleepy I was, I can certainly attest to the beauty of its images and the care with which it has been crafted. I'll see this one again if I can, and make sure to keep my eyes open... 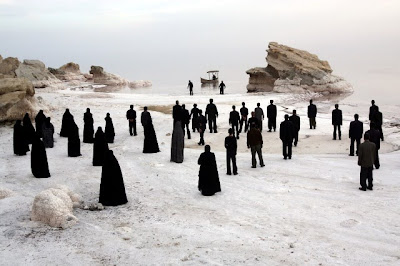 The main video I wanted to make a note on, though, is Avatar. Yes, folks - months behind the curve, I've finally caught up with the film. It's James Cameron's most interesting work, to be sure - it was compelling, rousing, perfectly plotted, and thoroughly entertaining. Not sure what seeing it in 3-D would be like, but it's very interesting to look at as an ordinary 2-D experience (tho' there's a certain shot-on-video crappiness to some of its images that surprised me). I'm glad to have seen it, in any event - tho' I also wonder if it's funamentally immoral, or at least deeply problematic, since we see the American mythmaking industry therein crafting a version of the Native American genocide and/or the invasion of Iraq - because on some level it manages to conflate the two - in which we - white North Americans - get to experience ourselves yet again as the good guys, by a very odd erasure/ rewriting of history. Sure, MOST of the Americans are bad in the movie, and what they're doing is bad, but our protagonist, our own "Avatar" within the film, isn't. A Marine who joins the Na'vi, he - as, of course, prophesied - leads an indigenous resistance against the imperialist invaders of the planet Pandora, ultimately trading in his very body (changing from white to blue) as a measure of his solidarity with The People - and thus fulfilling some weird liberal fantasy that Americans could atone for their own evils by similarly changing race. It's kind of Dances With Wolves with the Injuns painted blue; the values it upholds are laudable, except I think it's very important to remember that these are not the values that have historically driven America, and that however "innocent" and "heroic" we want to see ourselves as being - we are compromised, complicit, tainted by our history and by imperialism that is still ongoing. At the very least, copies of Bury My Heart At Wounded Knee should be issued to everyone who sees the film, lest they forget the real history entirely... More on Avatar's problematic aspects here, say.
Okay, that's it - no more writing for awhile, unless something really dramatic happens...
Posted by Allan MacInnis at 11:25 PM