Busy Me, plus Cassavetes Petition 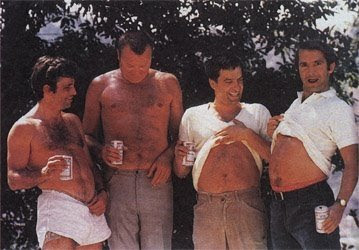 Not much time to blog lately. Preoccupied and will remain so for a short while...
By the way, if any film buffs reading this haven't signed the petition to have Cassavetes' Husbands released online, its here. I'm pleased to see that it's gathered a bit of steam - over 400 signatures at the moment (I'm #51, and I signed it a couple of years ago, to my recollection, so it's a slow crawl to glory).
Cassavetes fans might also find this note from Ray Carney, about the shortening of Husbands, to be of interest, and this post about the "censoring" (?) of a recent print of Love Streams. Professor Carney still has not spilled the beans about his so-called "lost Cassavetes film" - his promise to do so "in a few months" appeared on his "about me" page well over a year ago, and remains undelivered upon, which is irritating to say the least. Though he did upload a new photo of himself recently.

Posted by Allan MacInnis at 6:36 AM