horror movie in my head 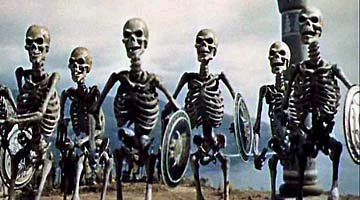 It would have been a nightmare, except I felt a little distant from it -- it takes a lot to scare or disturb me in dreams, these days, and though my subconscious occasionally manages to pull some pretty ugly/freaky shit out of the bag, I usually manage to stand at a distance from it, to not be too affected, like I'm watching a horror movie in my head. So you might as well just call it a dream.

Tonight's dream involved two men wandering in a town, a strange place that resembled (though I didn't realize it then) the condo court where I grew up as a kid, a somewhat run down suburb far from Vancouver, far from what to me came to seem a beacon of culture and light by comparison (but conveniently close to an elementary school). Though I think my point of view shifted from time to time, I seemed to identify myself more with one of these two. There was an odd smoky cloud in the air over the town -- almost like a discoloured rainbow, a yellow/grey smoker's rainbow -- and a sense that something was wrong; I think we were trapped, unable to find a way out. I knew before it happened that one of the men was going to kill the other, as a way of making things right, and that the character I identified more with was going to be the one who got killed. And sure enough: the two men came to a place where there were stone steps and a foggy, strange building with stairs and an altar, corresponding roughly to where my childhood home was, I think -- and though it looked like they'd figured out a way to get out of this strange town, one of them began to explain to the other that a sacrifice was needed. He grabbed me (though to some extent we could say I grabbed him -- my point of view continued to flicker a bit), threw me on an altar, and suddenly an ax materialized, which he raised above his head and swung down. Things flickered and then suddenly we re-enacted the last few seconds, except now he was a skeleton with an ax, staring at me. And then I was dead. And then I woke up.
Posted by Allan MacInnis at 5:32 AM