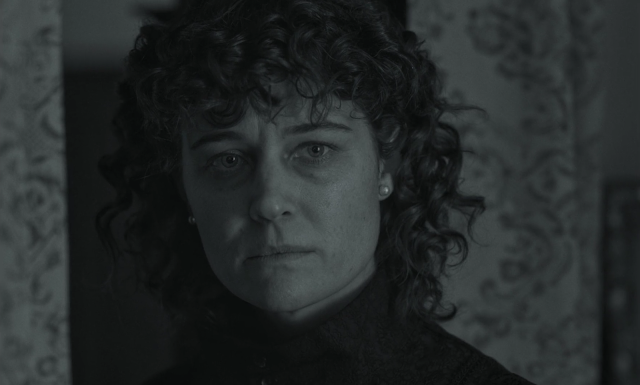 Look, I just had surgery a few days ago. I'm still all doped up, quite legitimately, but I'm still going to give some impressions on VIFF fare this week. These may not be the most cogent reviews I've ever written! First one up is Be Still, a BC-shot film about Victoria surrealist photographer Hannah Maynard, as played above by Piercey Dalton; the actual Maynard is shown below. 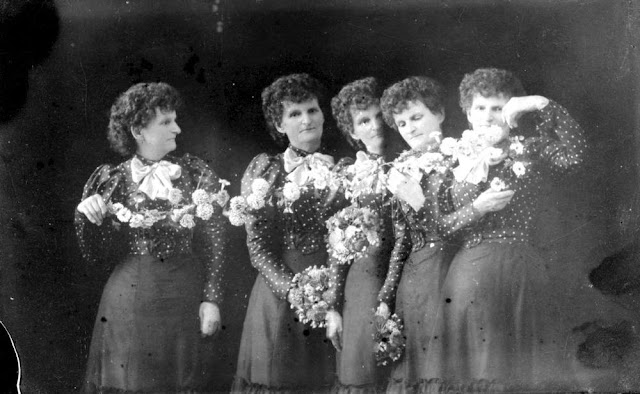 The press release for Be Still, by Latvian-to-Canadian filmmaker Elizabeth Lazebnik, says that the story:

takes place in 19th century BC and delves into the mind of an artist whose shattering grief leads to the creation of striking new artforms. All but erased from history, 40 years before Dali and the Surrealist movement began, professional Canadian photographer Hannah Maynard was perfecting surrealist art techniques in her Victoria, BC studio. The film, which took 17 years to make, is a work of passion and dedication from filmmaker Elizabeth Lazebnik. With 15 short films and three TIFF premieres under her belt, Lazebnik is proud to debut her first feature in BC where Maynard lived and worked. 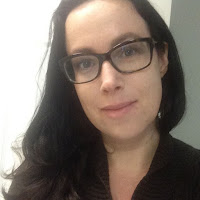 In a way, this film was perfect for my bleary, confused, slightly damaged state of mind, post-surgery. It bent my brain in very compelling ways, and occasionally I found myself lulled into dreams that interacted with what was onscreen, like I was being lured into another mental state altogether by the logics of the film's construction. Call it "high" praise - the film is really quite skilled at evoking altered states of consciousness in the viewer, through associative shifts between images... It is a bit too reserved in its pacing and serious about what it does for me to think the filmmakers would relish my use of the word "mindfuck" to describe it, but it does fuck with the mind a bit, in ways that I found intriguing and surprisingly effective, always using its tricks to evoke Maynard's confused thinking (I initially thought that the sheer number of visual gimmicks in Lazebnik's toolkit would throw me off, but none of them are used for their own sake, and seem perfectly subordinated to her filmic purposes). 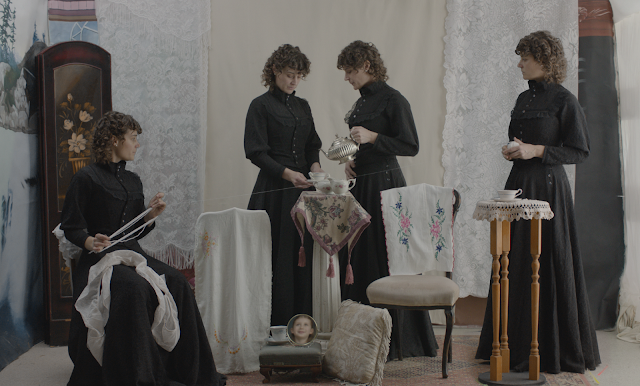 And yet, perfect as it is on the one hand, watching this film all wiped out and doped up also does it a grave injustice, on the other, since for all its willingness to experiment and clear desire to induce non-normative perceptual states, there is a story at its heart that, however eccentrically it unfolds, still deserves to be properly processed. I could not do this; I do not fully understand what I have seen. I could see things adding up, could find a through line in terms of theme, but not in plot; there are ideas about women's roles, and women being torn within themselves trying to fulfill these roles, and what happens to women who refuse to conform to these roles. There was a fair bit about Maynard's apparently dead daughter, and a striking (if digressive) look at the ways European artists treated their Indigenous subjects where Maynard becomes briefly the focus for potential criticism. That's a set piece of considerable power - one of many in the film that leaves a lingering impression. 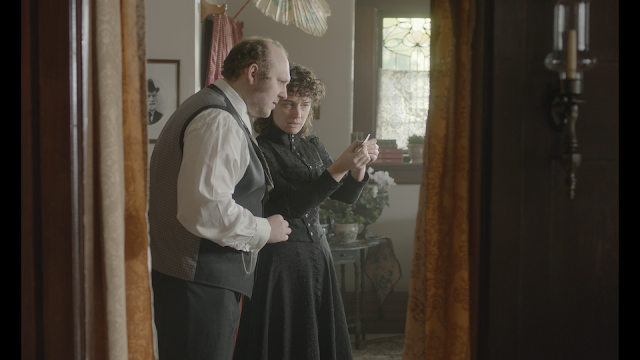 But ask me to recount the overall story, and I cannot (it might have been challenging even without the dope; this is, ultimately, an experimental film). Though I do not fully understand what I have seen, I was still impressed, and thought Be Still succeeded quite well in doing some unusual things; most specifically, I did not know who Maynard was, and am glad for this memorable introduction. I gather that exteriors were filmed not in Victoria but in locations and Langley and so forth. I recommend being fresher-witted than I if you decide to see it - you can find links to tickets on the VIFF website.
Posted by Allan MacInnis at 8:57 AM