Wet'suwet'en support from my comfy desk

I am not on any blockades. The last few days, I've been going to work as usual. I have had opportunities to join in protests, to block access to ports or city hall or so forth. I applaud the gesture, but I need my job, and I'm pretty sure there's nothing in my collective agreement that allows me to just stop working so I can protest (maybe I should read it more carefully?).

Take John Horgan's recent statement about reconciliation. This is the same Premier who, when he was in the area last month, would not meet with hereditary chiefs to discuss the ongoing standoff. When he writes that his government is focused on First Nations "rights, title, self-government and self-determination," recent actions at Unist'ot'en add an asterisk to his statement: "*just don't get in our way." When Premier Horgan writes, "No single one of us decides what reconciliation can or should look like," similarly, it brings other images to mind. I agree that no single one of can decide what reconciliation should look like, but a) this is not about any single one person, and b) pretty much EVERYONE knows that RECONCILIATION SHOULD NOT LOOK LIKE THIS: 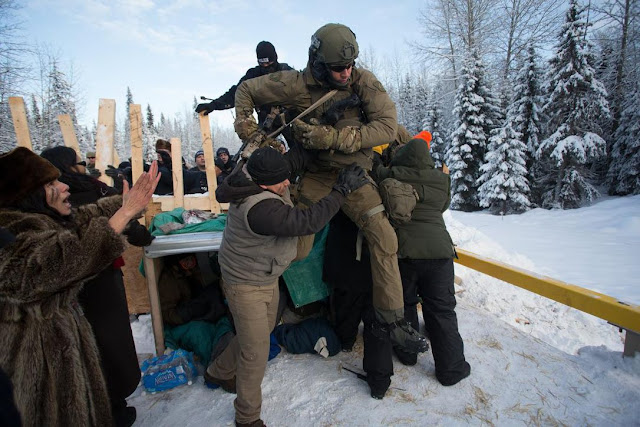 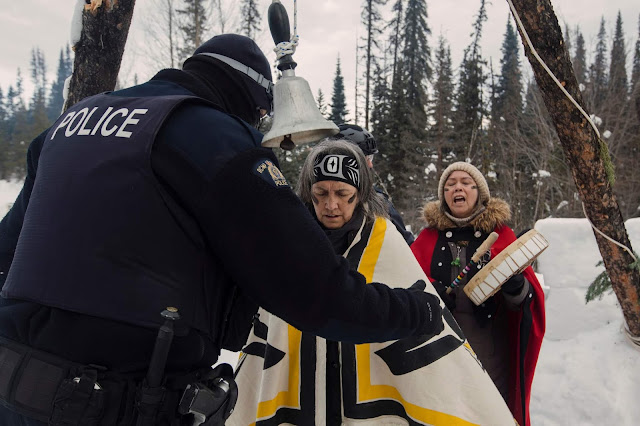 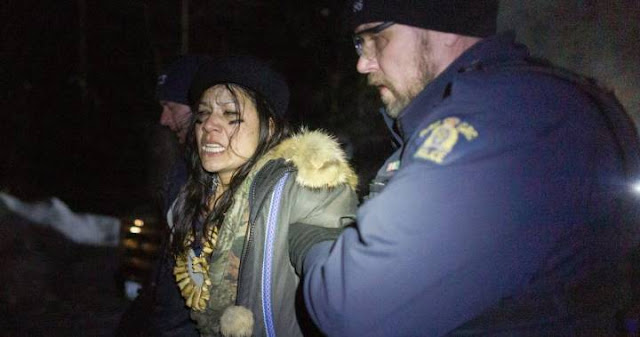 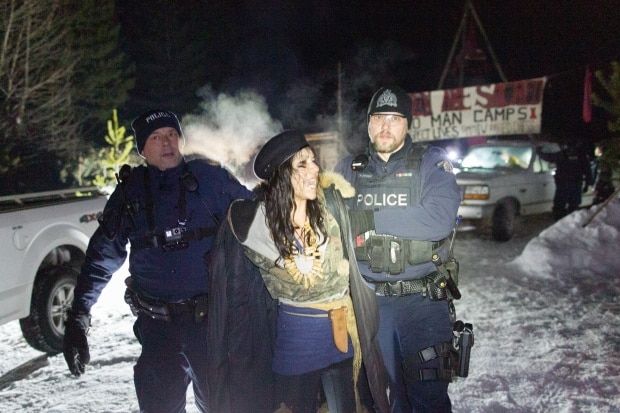 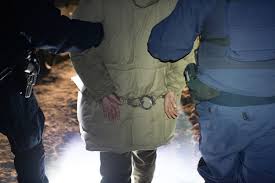 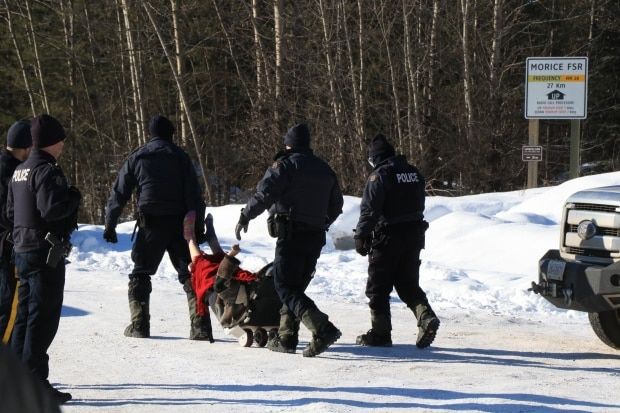 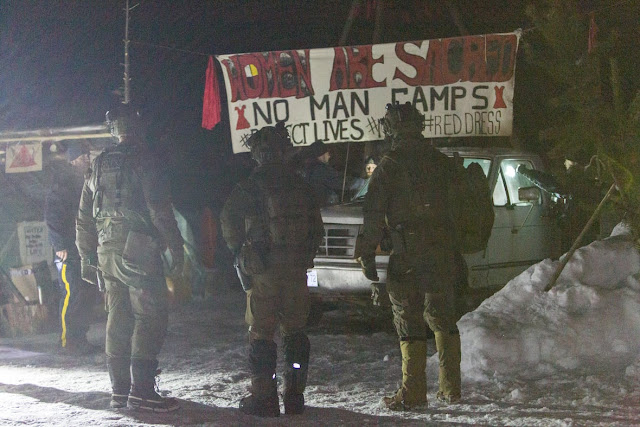 \
The situation has degenerated to to the extent that the United Nation has felt compelled to weigh in. From that article:

...the UN Committee on the Elimination of Racial Discrimination has issued a triple-barrelled decision calling on Canada to immediately suspend work on the Coastal GasLink pipeline, the Trans Mountain pipeline and the Site C dam until “free, prior and informed consent” is obtained from Indigenous peoples.

The committee urged Canada to immediately cease the forced eviction of Wet’suwet’en peoples who oppose the Coastal GasLink pipeline and Secwepemc peoples opposed to the Trans Mountain pipeline, to prohibit the use of lethal weapons — notably by the RCMP — against Indigenous peoples and to guarantee no force will be used against them. It also urged the federal government to withdraw the RCMP, along with associated security and policing services, from traditional lands.

In a two-page decision statement, the committee said it is alarmed by the escalating threat of violence against Indigenous peoples in B.C. and disturbed by the “forced removal, disproportionate use of force, harassment and intimidation by law enforcement officials against Indigenous peoples who peacefully oppose large-scale development projects” on their traditional territories.

I have nothing much to add to this (though it is an interesting side note to learn that the Tsilh'qotin' nation has just opened a sizeable sustainable energy project, a solar farm, which I stumbled across when looking to see if they'd made any headway in the Taseko Mines case, another project on unceded land that has had a complex history). I applaud anyone who is out there showing solidarity with the Wet'suwet'en, anyone out there risking arrest to send the message that RCMP forcibly removing First Nations from their lands on the behalf of ANY oil, LNG, mining or logging interest,  is shocking, embarrassing, horrifying, and wrong, and something that Canadian history books need no further examples of.
Posted by Allan MacInnis at 9:26 AM

Actually, I don't have a desk, I'm sitting at our Ikea dinner table. One end of it has my computer shit on it. The seat is not, in fact, that comfy, for long term writing. Still, you get the idea.