Mikey and Nicky and Ishtar: Elaine May double bill at the Cinematheque, plus The Winding Stream 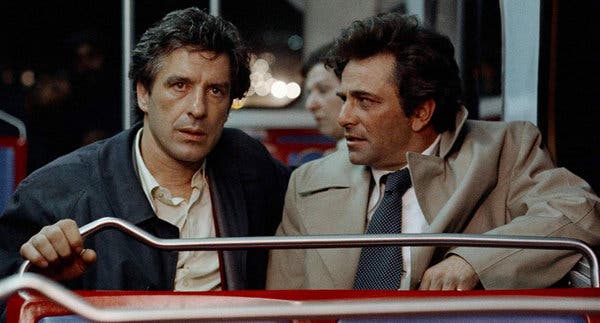 There are two films upcoming at the Cinematheque that make for an inspired double bill: Mikey and Nicky and Ishtar, both written and directed by Elaine May. They're very different movies, but - as other critics have remarked - have a relationship to each other, in terms of themes of friendship and betrayal; they're also both films that didn't really get a fair shake until much later in their lives. They're also remarkably different: Mikey and Nicky, made in 1976, and subject of a recent Criterion release, feels like a John Cassavetes film, and not just because it stars Cassavetes and Peter Falk: it delves into emotionally harrowing waters, is unafraid to torture its audience a little, creating situations that are quite embarrassing to watch unfold; and it has a loose, improvised feel to many scenes, as Cassavetes and Falk play off each other (both getting fairly loud and expressive) . Short of Husbands, there are no other films out there where the two interact in front of the camera to this extent. Ned Beatty co-stars; there's also a fairly early appearance by M. Emmett Walsh. The less you know about the story, the better - if you have a chance to watch it unfold before you, that's the ideal way to see it. It fits in with Gloria and The Killing of a Chinese Bookie as looking at human relationships by way of gangster cinema, and it's unlike anything else Elaine May ever made; for one thing, it's not a comedy. 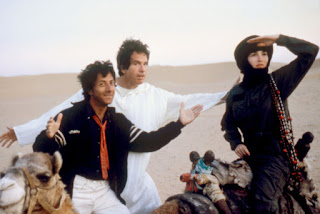 Some people would say the same of Ishtar: it was one of those films that received an enormous critical drubbing when it first came out. I recently checked it out for the first time on Blu-Ray, and it's definitely not a terrible film - it's long, but it has warmth and humour to it, and some of the songs in it (written, we gather, to be bad, by the Phantom of the Paradise's Paul Williams) are memorable enough that David M. still sometimes covers them (actually, it's only one, "Dangerous Business," but it's a fun tune indeed; he and the late Paul Leahy were fans of the film). I seldom find Hollywood comedies all that funny, but Ishtar is no worse than most, and better than some that people somehow love. Critics of the day seemed not to understand that the various moments when they found themselves wincing - not all that different from the winces garnered later by This is Spinal Tap - were intentionally set up to be winceworthy. Dustin Hoffman and Warren Beatty give committed peformances, and there is fine support from Elaine May veteran Charles Grodin and the very beautiful Isabelle Adjani. Plus some gags involving a blind camel. The plot is simple enough: two incompetent songwriters travel to the Middle East in hopes that they're advancing their careers, to find themselves embroiled in political intrigue. It's not a favourite film of mine by far, but it is well worth watching. (And one of the critics who writes on the Roger Ebert website since Ebert died apparently prefers it to Mikey and Nicky, so tastes may differ).

Also of note, this time for Petunia fans: Beth Harrington's documentary on the Carter Family, The Winding Stream: the Carters, the Cashes, and the Course of Country Music plays this Thursday, again at the Cinematheque. Harrington directed a pilot for a quirky, roots-music-themed series called The Musicianer, about which I interviewed her a few months ago. She knows her stuff, so this should be a good watch. Did I ever mention seeing Johnny Cash (and no doubt at least one Carter) at the Pacific Coliseum in the 1970's? I barely remember it, but as far as I know, it's the first concert my parents ever took me to, and thus the first I ever actually saw. It is kinda cool, you must admit, that the first time I ever heard "A Boy Named Sue" - the only song I vaguely recall from that night - it was because Johnny Cash was singing it live in front of me!

Lots else upcoming at the Cinematheque, including an Abbas Kiarostami retrospective. See their new, improved website for more! 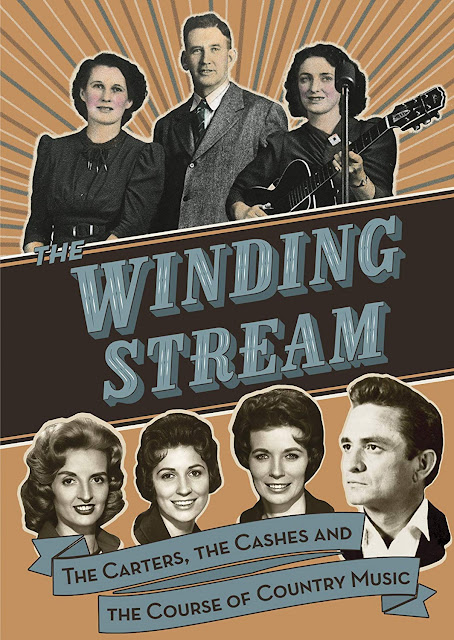 Posted by Allan MacInnis at 8:43 AM