And also: Under the Silver Lake (with a brief shill for Amazon Prime streaming service)

I signed up for a free trial of Amazon Prime earlier this month, thinking I would try it. I blame John Sayles: I was told by someone in his company, Anarchist's Convention, in response to an inquiry, that his rather terrific film City of Hope was available via Amazon Prime (it is, but only in the USA). Having signed up - only to discover the film I wanted to see was not available through Amazon Canada - I set out to seeing which other hard-to-find films (besides obvious exclusive series like Bosch and The Man in the High Castle) they had. 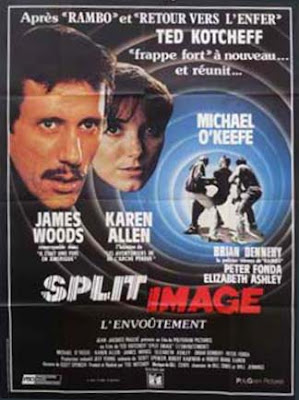 My list, so far (none of which I have yet watched): Split Image, Ted Kotcheff's no-longer-relevant but I suspect still very entertaining 1982 cult deprogramming movie, which features my favourite ever role from James Woods; David Mamet's Things Change, which seems to be out of print on DVD, which I've wanted to revisit for some time, to show Erika a real Joe Mantegna role (she only knows Criminal Minds); The Royal Hunt of the Sun, which I know little about, save that it is about the encounter between Spanish explorers and Incas, that it came out at a time when such films tended to be interesting (1969), and that it is based on a play by the person who wrote Equus and (less importantly to me) Amadeus. Also, it stars Robert Shaw and Christopher Plummer. Plummer I don't care about much - he's fine, and I intend him no disrespect (and I really enjoyed him in Egoyan's Remember, which is the best Egoyan I've seen in a long time) but, you know, when he was in the running for an Oscar against Max von Sydow, I was cheering for Max; and between Jaws and The Taking of Pelham 1-2-3 - the original film, that is - I'll watch Robert Shaw in anything. There's also an Amicus anthology horror film I've never seen, The House That Dripped Blood, the art for which disturbed me mightily as a child when glimpsed in Warren Magazine ads (or did it make a cover of Famous Monsters?). I believe it's out there on Blu-Ray these days, but Blu-Rays tend to cost $40 or so, for anything but the most commercial titles, so I'd much rather see it for free (ditto some of the Argentos on Prime, or DOA: A Rite of Passage, about the Sex Pistols' US tour). 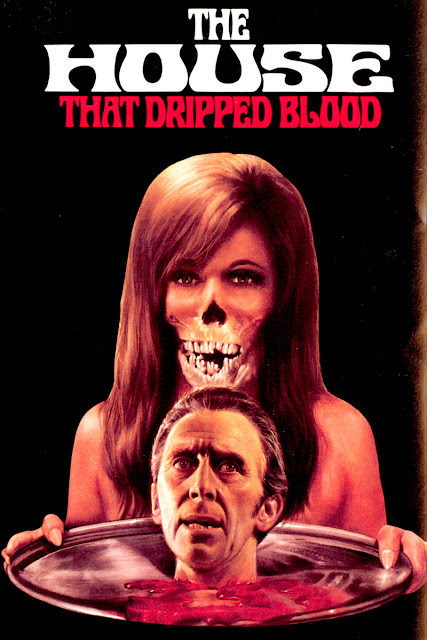 However, first things first: Under the Silver Lake, the new film by the director of It Follows,  David Robert Mitchell. I knew little of the film save that it has a small role for David Yow, and I'm still fascinated by Yow (and working on writing about him), so it had to be seen. Turns out it's kinda great. A leisurely, longish mindfuck with knowing winks at everything from Like a Velvet Glove Cast In Iron - in the form of a certain REM song - to the mystique of the number 23 to hidden messages in pop songs (including an attempt to find backmasking, which resembles nothing we ever actually did back in the 1980's) to voyeurism and surveillance to Alfred Hitchcock, whose tombstone briefly appears, the film reminds you of other surreal Hollywood meta-cinema like Mulholland Drive, but it has a smirk and a wink and a fairly goofy sense of fun, once you settle in. It took awhile to win my trust, but as absurdities ratcheted up, and the film took on a dreamlike quality, I found myself laughing aloud at times (though it's not exactly a comedy). Andrew Garfield reminded me of Anthony Perkins throughout, and David Yow got to yell a question to the effect of, "Why are you carrying dog biscuits?" which is a fun thing to have him yell. Overall I recommend it - and think it would make a fun double bill with Refn's The Neon Demon, though the two films have little in common save a metacinematic look at Hollywood - but see it with an open or altered mind, and don't strive too hard to figure out what it all means; think of it as a sort of dream, and let it flow through you. That's what I'd do.

Oh, and there's a skunk in it. Erika and I like skunks a lot (though I suspect this skunk is basically just a set up for a patchouli joke, later in the movie).

There's probably other stuff I care about on Amazon Prime (which, by the way, is presently the only way to see Under the Silver Lake, as far as I know). But the best thing about it is that it is now Chromecast friendly (it wasn't when I first signed up, so I'm pleased: you don't have to watch everything on your computer or phone or what-have-you, as long as you're using Chromecast, which is a handy gadget indeed for putting Vimeo and Youtube vids and other stuff on your screen from your phone).

So there's plenty to see on Amazon Prime - probably more than you can fit in to the one month free trial, but for any of you with ambivalences about doing biz with Amazon - you surely don't object to getting FREE STUFF from them, do you? So, like, check it out. (Hell, I may stay subscribed for a bit, at least until there's nothing more I really care about that I want to see).

Note meta-joke, below: it's Andrew Garfield in Under the Silver Lake, holding up a Spider Man comic!