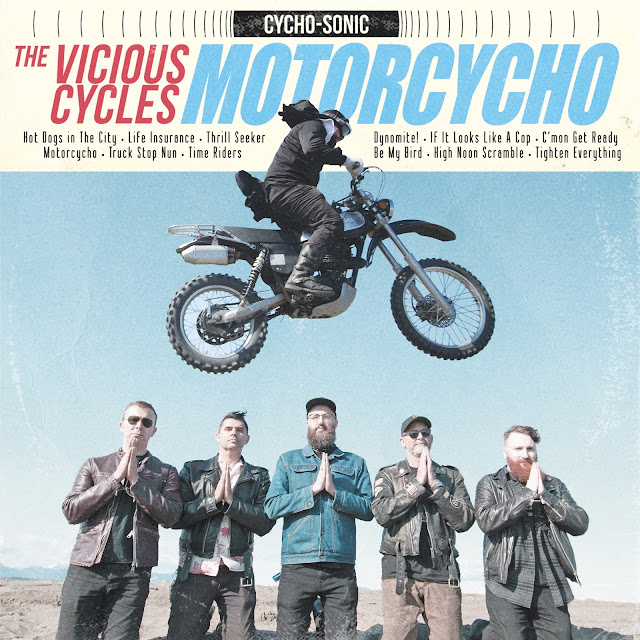 I only had a small amount of space to work with in my recent Straight piece on the Vicious Cycles Motorcycle Club, so I did not get to include many details - like that bassist Rob "Not of Nomeansno" Wright is related to one of the drummers, Paul ‘Duke’ Paetz, from Jerry Jerry and the Sons of Rhythm Orchestra, who also emerged from the Edmonton scene, and have a nun song of their own. If you don't know them, they're probably the greatest libertarian/ Christian surf rock band to come out of Canada, ever. They may be the only one, in fact; I kind of hope so. They're pretty funny, if you don't mind all the Ayn Rand references.

I wonder if more standard variety left-wing Alberta hardcores are embarrassed by Jerry Jerry and the Sons of Rhythm Orchestra? (I also wonder if Stephen Harper dug them? He didn't strike me as having very interesting musical tastes - seemed like he might be a kind of Kenny G guy, maybe, or Blue Rodeo, or maybe at the outside the Barenaked Ladies, but hell, what do I know...? I am guessing Jerry Jerry would have been too punk rock for him). 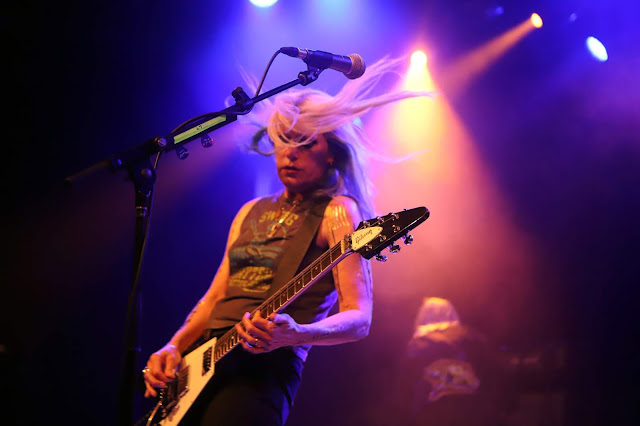 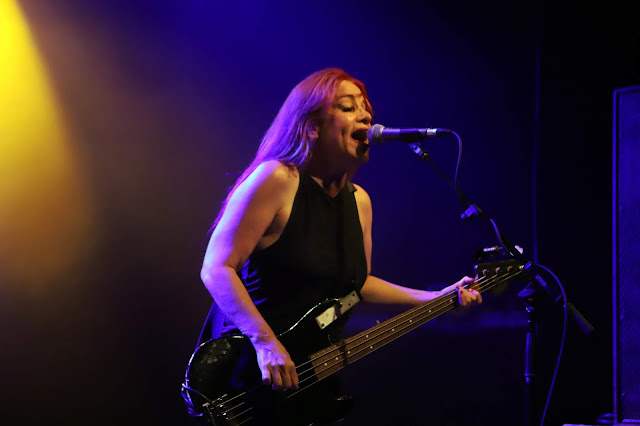 Donita Sparks and Jennifer Finch of L7, by bev davies, not to be reused without permission

Anyhow, besides the Vicious Cycles MC, also this week on the Straight website, I have a live review of the recent L7 show. It was edited a bit, both for length and for content, since I went a bit over the rails griping about a couple things that were peripheral to the actual concert review (like, I got really annoyed at being made to check my cloth tote, which meant I had to watch the entire show with a fucking pen and notepad at my side! Grr! Women aren't asked to check their bags - so it's gender discrimination! I've been discriminated against! I AM BEING OPPRESSED! - probably for the best that that all got chopped). There was one observation about a guy getting ejected from the pit by a DIY security force of punk females, who felt harassed by him - that I would have liked to include, but was deemed too peripheral to actually reviewing the band. It was kinda the most riot grrrl thing I saw that night, actually - "sisters are doin' it for themselves" type-thing.

Truth be known, I ain't actually a huge L7 fan - "I like the early stuff" - but it was fun to see how much the crowd enjoyed them, and to be reminded how good "Deathwish" and "Shove" were, and it was great they climaxed with "Fast & Frightening," which is still my favourite song of theirs. 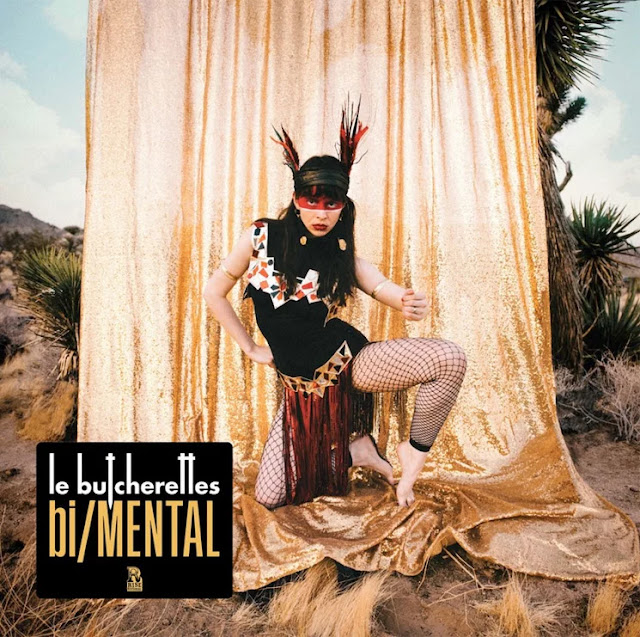 One thing I think I did say was that I was really  glad they picked such a cool opening act,  Le Butcherettes. I snagged bi/MENTAL, and I'm really enjoying it. The whole thing is interestingly complex pop, polished and sensual and easy to digest without being at all boring; Teri Gender Bender uses "fuck" really well in a few songs; and Jello Biafra makes a fun appearance on the opening track. This seems like the sort of album that it could become a headphone go-to that you listen to over and over and over again, a good "car record." It would be interesting to talk about Gender-Bender's costume choices in light of the issue of cultural appropriation, but...

Also on the Straight site, I have a piece up talking with Rickshaw owner Mo Tarmohamed. It's been very popular on Facebook - people just keep re-sharing it, which I'm pleased to see. Happy tenth anniversary, Rickshaw!

Finally, speaking of the Barenaked Ladies, there's also a film I would have liked to have reviewed, playing this weekend at the Vancity, but it didn't end up happening, about the situation with Norval Morrisseau forgeries. I am under the impression it takes in the ways that art galleries exploit First Nations artists. Seems pretty interesting, and a Barenaked Ladies member does pop up in the story; I gather that Adrian Mack came up with the inspired tagline for Ken Eisner's review, that "this barenaked lady is not for the feint of art." In the absence of a screener, I will just direct you to Ken's review, and mention that there is apparently a panel discussion tonight, when the film screens at the Vancity.

And see y'all tonight at the WISE Hall for the Vicious Cycles album release (sorry, I don't have time to do justice to the opening acts, but they all sounded really, really fun, Rob had nice things to say about all of you, and I'm stoked in particular to catch Sandstorm!
Posted by Allan MacInnis at 7:49 AM