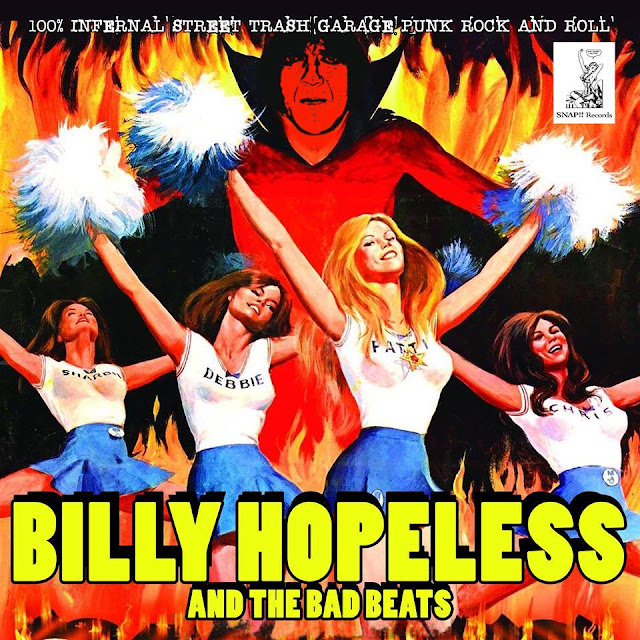 Too much going on over the next few days...! Lotta cool music in the city, and I'm not even going to MENTION D.R.I at the Rickshaw tonight, because, y'know, it's sold out. I might even go see some of it - because a small show in an intimate environment by a brilliant, unhyped local band is a far, far better thing - aesthetically, emotionally, spiritually and economically - than a huge show in a faceless arena by an overhyped mediocre one.

Billy Bonito's benefit for Jay Millette, Jaystock, is on Friday at the SBC Cabaret, with the Spitfires, Stab'Em In the Abdomen, the Ramores, and indeed, Billy Hopeless all playing... not sure what order, exactly, but I interviewed Billy here about it! (He's also popping up at the JFK gig below). 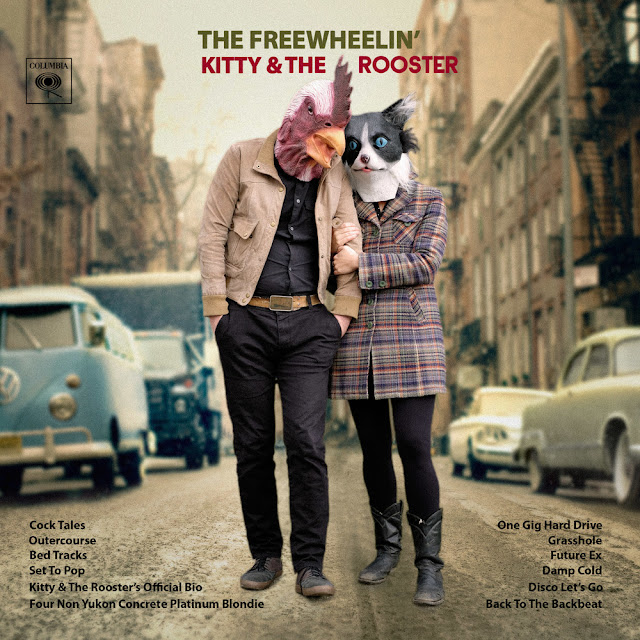 Also cool: my favourite new local band, Kitty and the Rooster, plays a show with Carolyn Mark and Twin Peaks on Saturday at Lanalou's. Brilliant, funny male/ female duo, whose new video about being renovicted just came out... just heard them on Co-op Radio, too! Really smart, funny, entertaining band. Note that at least one song on that spoof album cover ("Damp Cold") is a real song that they do! 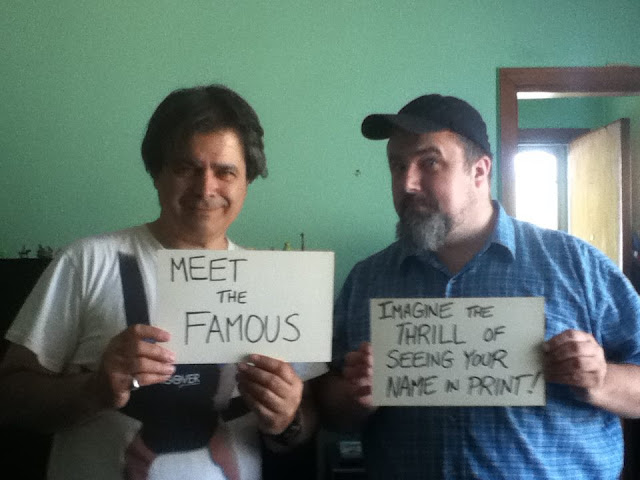 David M. has his 62nd birthday bash on Monday at the Princeton - he'll be doing his set for Paul Leahy, and giving the second (?) public performance of a song he CO-WROTE WITH ME, or that I co-wrote with him, or something, which so far has only been seen or heard at my wedding, at least in his version of it. There will possibly be some Bowie and Mott the Hoople covers... I'm not sure what else he has planned, but it's going to be a big night for you NO FUN fans out there. I have told him to thin out the Gorgo references, for the benefit of young'uns who don't remember Gorgo (and who thus don't get the joke that there barely was anything Gorgo to remember) but he tends to ignore external input and just go ahead and do what he likes. As he should. 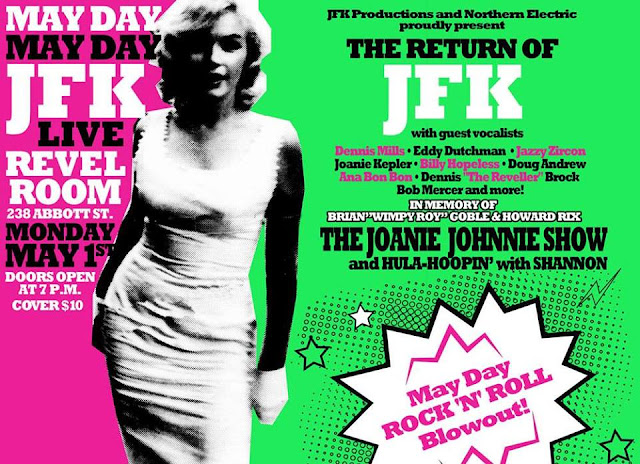 Also on May 1st, Jack "Fucking" Keating is going to do a JFK "fuck band" gig in tribute to Howard Rix and Brian Goble at the Revel Room (which I keep wanting to describe as the "Rumpus Room"), with Billy Hopeless, Joanie Keplter, Eddy Dutchman and others in attendance. I won't be there, since I'll be at David M's show - double booked on a Monday! - but I am sure it will be fun. I get the impression, when Jack talks to me at shows, that he has carried a folded up print out of the article I wrote on him in his back pocket ever since September 2013, so if anyone asks him what a fuck band is, he can just whip it out.He should just get it laminated, if you ask me - it must be getting pretty creasy by now. I talk to Billy a bit about that, too (see above).

That's some pretty fun stuff happening in a short time period... I can use some fun!
Posted by Allan MacInnis at 5:45 PM