Today at the hospital...

Thanks to the intervention of my GP, I got a proper, thorough examination by an internalist at Ridge Meadows hospital today, during the course of my two IV treatments. His position on my foot was the same as everyone's - that I'm on the right antibiotics for the infection, that it is cellulitis, and that it's not in my joint (since I can walk on it). But refreshingly, he came unbidden to a surprising conclusion about my swollen, reddened, hot and painful hands, wrists and elbows, and various other aches. It was somewhat amusing to me: he thinks I'm suffering from reactive arthritis, caused by the tainted food I ate on the 27th. Which is exactly the conclusion I came to when first Googling my symptoms, as I blogged about here. Pretty interesting vindication, when everyone else has looked at me funny for even suggesting it (and like I say, he came up with it unprovoked, after a thorough examination of me; people have been pooh-poohing the theory, so I gave up mentioning it a week ago).

Otherwise, today was my weakest, sorest, slowest-moving day yet, maybe because it was the second day I went entirely without Tylenol with codeine (tho' I took one just now, because enough is enough). My hands are now so swollen they're difficult to close; I can feel the skin pulling. Reactive arthritis is an autoimmune disorder and takes time to heal, but he's prescribed a powerful antiinflammatory... hoping there's only one more week of this to go.

There was a guy who looked a whole lot like Laurence Fishburne at the IV ward today, but it wasn't him. Nothing much else of note went on. The last photo below may be uncomfortable if you don't like needles. 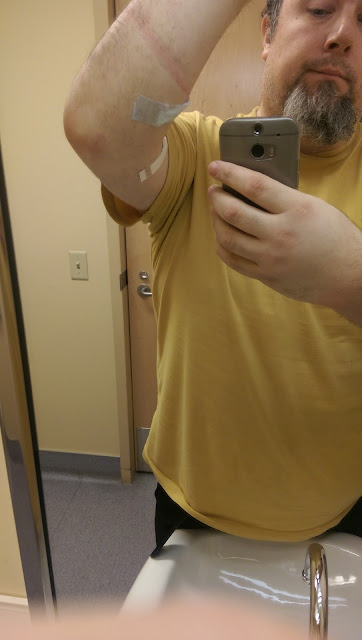 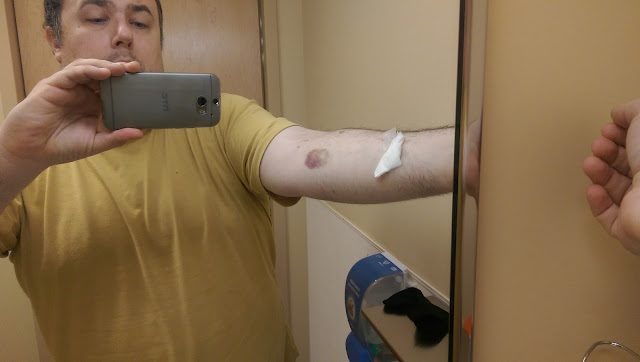 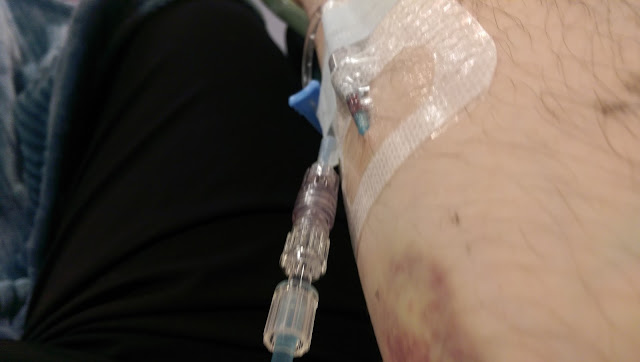