The Reverend Horton Heat, continued: of setlists and slow songs 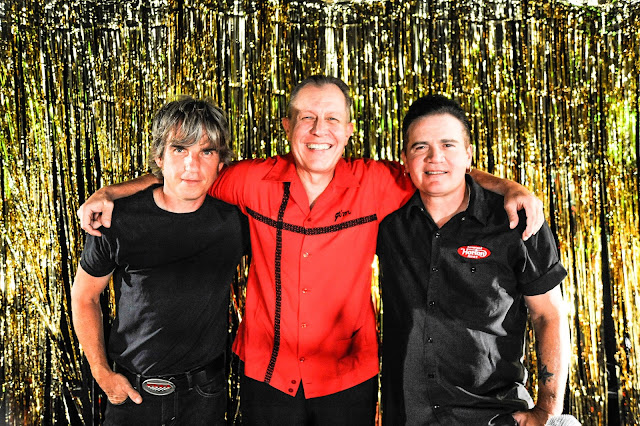 There was more to my conversation with the Reverend Horton Heat than could fit into my article this week over on the Straight website. I didn't get into the other heroes he's met - Willie Nelson, say - or his annual Horton's Hayride event. But the most interesting chunk of interview that didn't fit in the Straight article involved his inclusion of slow songs in the set. As I mentioned in my Big Takeover review of last year's Rickshaw show (also featuring an interview with Jim Heath), the inclusion of the slow blues "Loaded Gun" was a real high point; it seemed to loosen up Heath's playing, even, since he got to really show his chops during that song (one of his very best). So how does he pick songs like that for the setlist? 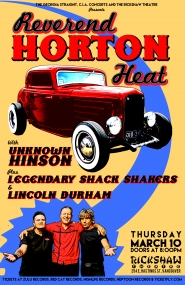 Jim: Thanks a lot, I appreciate that. Man, I just try to envision in my mind how the crowd will react to the songs, and form a setlist that we will stick to. I used to just call'em. We didn't start doing setlists until about the last ten years. But now we have a setlist - it makes it easier on my guys. I do try to think of one good slow song, because our albums have those, and I think it's fine on an album to have them, but we play to a crowd live, and you have to keep that motor going, or that motor chokes down and shuts off, y'know? And so we play a lot of fast and loud songs, and it's annoying to some people, and I don't blame those people. But Reverend Horton Heat knows how to gin up a crowd, and to keep it goin'. And people love that. But the slow songs, I like to get one or two in there a night, and that's a hard one... "Loaded Gun" is one of my best songs... Right we have another song called "It's a Dark Day," that's off the first album, that's on the setlist right now. And then we've got all these Unknown Hinson songs - we've got a new setlist since you've seen us, I know because we just reformulated it three or four weeks ago or something.