Al Goes to the Cobalt, sees Rude Norton, and hears about the Golers!

The Golers play tonight at the Cobalt! As you will see, they are not really my thing, but they feature prominently in the sequel to that little comic strip I did the other week when I went to see Rude Norton at the Cobalt. It took me awhile to get it drawn, scanned, and to make time to write the text, so it's not goin' up until the night of the show - sorry, Golers! Hope you have a good set tonight...! Faces have been changed to protect the innocent, but names have been kept the same; fuggit.

Apologies to Rude Norton for not writing more about the show itself! I enjoyed Brian's self-effacing humour immensely ("We probably shouldn't be the headliners," he quipped at one point, then smiled, "but we are." There's truth in this statement, but I still had fun!) Here's this cool photo Bev Davies took of you (Jan. 2 2009): 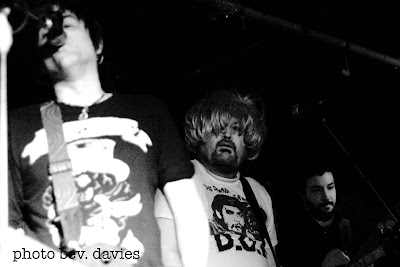 See how you've grown? This is the same band - the same Brian, anyhow - on June 12, 1979, at the Smilin' Buddha. I will refrain from making any reference to your state of self-exposure (or did someone else do this to you?): 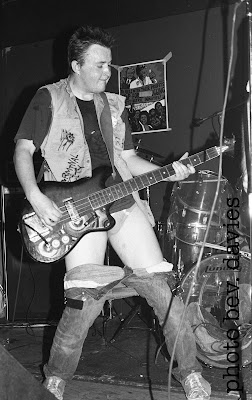 Having Tim Rollins (I think I'm spellin' that right, given the jokes about him bein' Hank's illegitimate nephew) sing "Fortunate Son" and inviting Howard Ricks to join you onstage for a few songs at the climax were inspired choices indeed, and I confess (sorry) to enjoying Ricks' worshipful Iggy medley ("I Wanna Be Your Dog," "I Got a Right," and "No Fun") more than any of the Rude Norton "originals" (if "Gilligan's Island" counts as a Rude Norton original... it is a fair bit different, musically, from the theme song. I'm pretty sure "Pictures of Matchstick Men" was by someone else, too...). One bit of feedback: there really are people out there who want to hear Rude Norton do "Tits on the Beach" live. It's not like we're going to have many more chances!

Thanks are due to Bev Davies, tireless photo-documentarian of Vancouver punk. I saw Bev at the Cobalt that night. She gave me a candy bracelet, as she meandered about, taking the odd picture. I contemplated whether or not to eat the candy ("do I really need all that sugar?") or keep it as some sort of odd decorative souvenir. I hung it on my wrist while making up my mind. Later that night, urinating into a Cobalt urinal, I looked down at my hand and realized that the bracelet was still on my wrist, dangling down a bit, no doubt being sprayed by micro-droplets of urine. This iced the decision for me, and I've since draped the bracelet over one corner of the Bev Davies 2008 Vancouver punk rock calendar (which I interviewed Bev about here, by the way), which I've turned to the page on Rude Norton. Which was the pic for last October, but what the fuck: my kitchen can stay frozen in October 2008 while the rest of the world moves on.
And now we present...

Alienated in Vancouver: The Comic Strip
"Allan Goes to the Cobalt, Part 2": 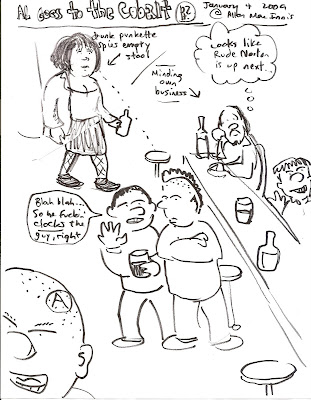 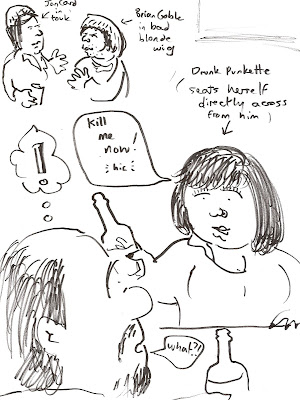 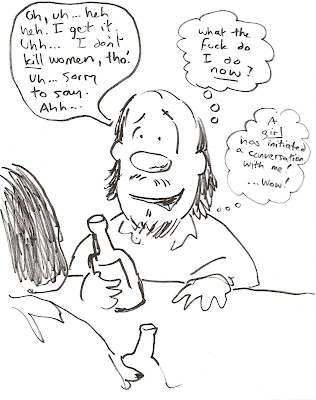 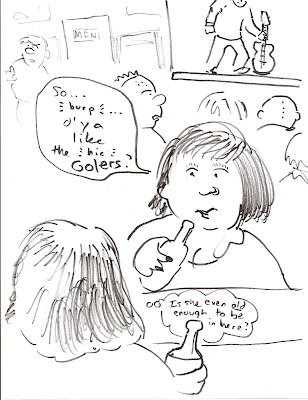 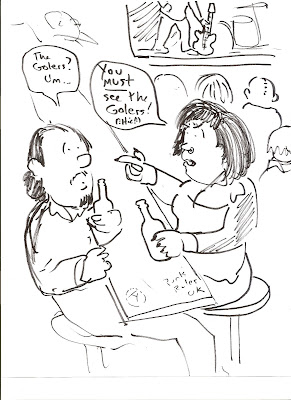 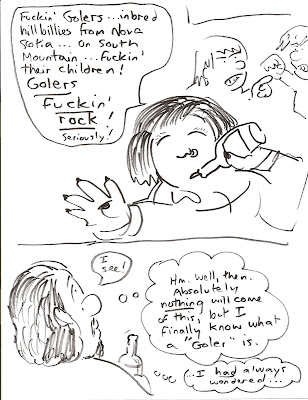 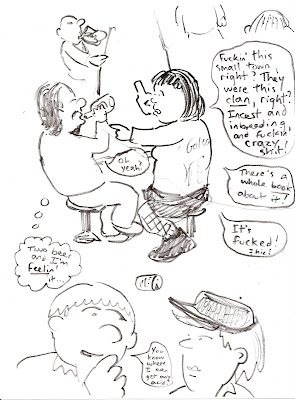 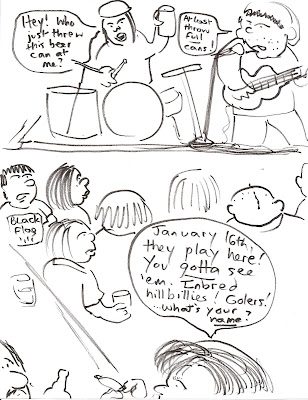 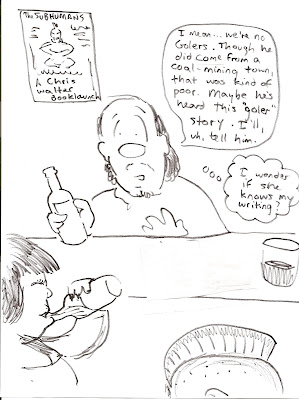 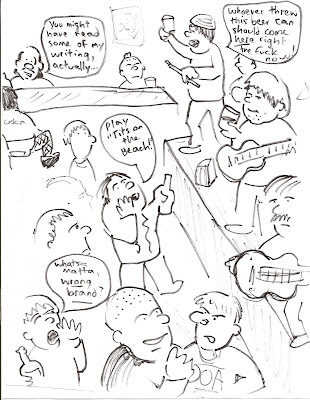 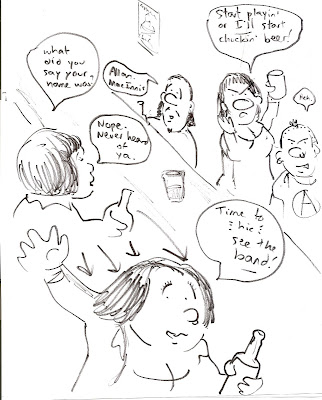 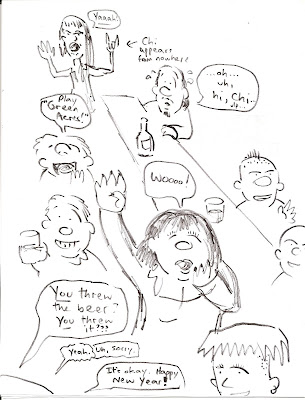 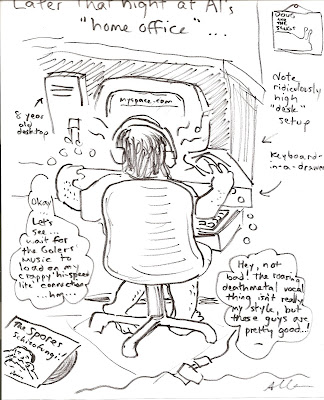 Posted by Allan MacInnis at 4:35 PM

Thanks! (Gee, I'm kinda sorry now I didn't even attempt to draw when you crawled onto the stage with Rude Norton to pour them drinks...!).

Hi howdy ?
Maybe I should greet "Long time no see!" .
Actually I had made my efforts to read your blog.
(I had tried my dictionary to check the meaning of phrases I don't know.)
It's diffcult for me to read completely.
But I'm sure that expressing your experience on the comic is interesting idea.
I missed these pictures.
I still remember that you drew these pictures on the papers to distribute students.
From now on, I'm looking forward to your comic.

Great comic! You're a good storyteller, noticing all those show details too. I would read more if you made them. :D