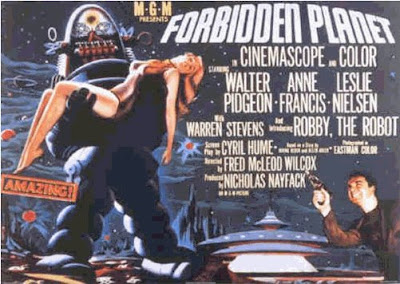 Once again, the Vancity Theatre brings us the Spark FX Festival, commencing tomorrow with The Seventh Voyage of Sinbad at 7PM. Last year there were introductory comments and such dealing with the special effects, corresponding, I think, to workshops that are going on elsewhere; me, I just want to see the Ray Harryhausen stop motion effects, which by far are some of the coolest shit of my preteen years. I will be fleeing the theatre afterwards, since I have no interest whatever in seeing the first Pirates of the Caribbean film again - the only one of the series I've already seen, and no cause for excitement in a seasoned cinephile - but Thursday I may stick around for both Forbidden Planet and Alien. The rest of the festival is a write-off for me - some people might like to see City of Lost Children on the big screen or revisit Pan's Labyrinth or Terminator 2 or such; I won't be joinin' y'all, but I won't be judgin' you either...
Posted by Allan MacInnis at 7:24 PM