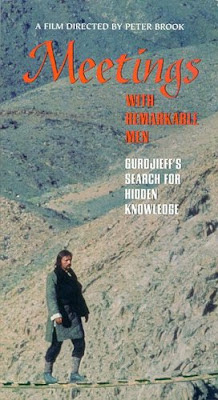 The new Vancouver International Film Center schedule is online, and there are things I'm very excited about. It's been far too long since I've been there.

I don't really need to see CE3K, Raiders of the Lost Ark, or Tron again, but hm, 2001: A Space Odyssey on the big screen, eh? Kinda tempting; I feel quite done with that film, but I've never seen it thus. We'll see. And the 1933 King Kong in a double bill with Jason and the Argonauts? I'm there, a shameless, excited kid again.
Along with his Mahabarata, Sir Peter Brook's Meetings with Remarkable Men is a feature of his I have not seen, and I know a few members of the local Gurdjieff discussion group who might be excited about that. Thanks to Yosef Wosk for his selecting it for Cinema Salon. Brook's King Lear and Marat/Sade are favourite films of mine, and I was fortunate enough to see his staging of Hamlet in Japan. Count me there.
Profit Motive and the Whispering Wind is essential viewing for anyone concerned with labour history, admirers of Howard Zinn, or people interested in an unusually lyrical and reflective documentary. It's a narration-free pilgrimage, primarily, to the tombstones of those who died in the struggle for equality - labor movement martyrs, murdered civil rights activists, and many others. I'll be there to see it again, and I'll be letting my co-members of CUPE know all about it (Chris Towers, are you reading this? This is a film to bring a delegation to). I loved that the last stone shown is the grave of Philip Berrigan. More reading on the film in CinemaScope, online here.
There's not much else I know well enough to recommend at this point - I'm sure there are other fantastic films. The complete schedule til March can be viewed here.
Posted by Allan MacInnis at 12:28 PM