Will Oldham in Old Joy, other festival gems, Subhumans afternote 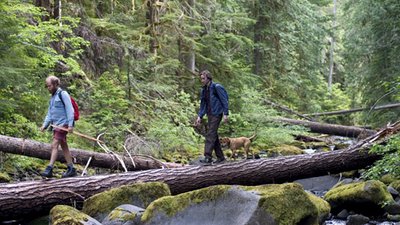 Damn, you know... as a film buff, I always (exclusively!) associated Will Oldham with Danny in John Sayles' Matewan. I had no idea that the Will Oldham whose name I'd seen connected with neo-folk music (I guess -- I don't actually know his stuff, yet -- as soon as these downloads finish I will) was the same guy, also given to recording under the name Bonnie Prince Billy. Anyhow, Oldham will be playing Vancouver November 9th through the 11th, and his newest film is at the ongoing VIFF - a very quiet, gentle, and intelligent (but quite subtle) work, Old Joy. I reviewed it in last month's Discorder, but that's nearly almost long gone, I guess -- the one with the line drawing of a tree on the cover. Washington State is quite lovely and lush (not, um, unlike BC) and the photography for this film is beautifully done, as is a driving sequence set to instrumental music by Yo La Tengo. It's worth checking out -- showtime info here.

What else have I liked? The Host is a well-made action thriller from Korea, but while it does reveal some interesting details about Korean culture and character (and is quite funny -- it seemed a real crowd-pleaser), it partakes of a reactionary Hollywood structural logic that I didn't entirely like, and I was definitely weirded out by aspects of the ending; I've decided to forget it. Haven't seen that many other Korean films yet -- Tom Charity recommends The Woman on the Beach, and my students suggest The King and the Clown -- but the other one I did see, Geo-Lobotomy, was a brilliant, loopy, absurd indictment of capitalism (I missed the Q&A with the director but it's apparently all intended to be read as a political parable, for which it helps to know a bit about Korean miner's strikes of the 1970's, which I don't). I enjoyed the Japanese film Cain's Descendant, a dark, strange, and oddly moving tale that reminds one equally of David Lynch and Dostoevsky; it stars Visitor Q himself, Watanabe Kazushi, who is in town, dressed in the same jean jacket, apparently, that he wore for the film... The only other film I'd really recommend (that I haven't gushed over already) is Michael Glawogger's Slumming. I loved Workingman's Death, his documentary, and found this a fascinating extension of some of his concerns in that film. It's alternately dark and funny, and the character of Sebastian -- whom you will hate at the start and feel at best ambivalent about (but oddly fond of) at the end -- is a fascinating commentary on privileged, nihilistic youth in the age of global capital; you will probably know someone who you think should see this film... Showtimes for that one here. 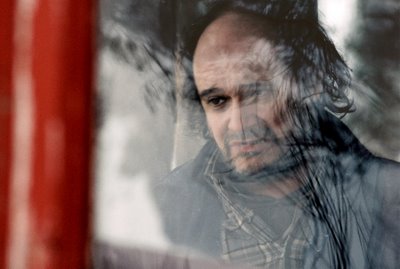 Really, I'm not seeing as much as I'd like -- I'm trying to work on this Subhumans article, having finally gotten a home for my Nomeansno piece and (I hope) having put the wrap on the Pointed Sticks thing I've been slavin' over. In any event, as we wait for the 13th at the Lamplighter to roll around -- believe it or not, folks -- Gerry Hannah has a blog! Keep yourself well-entertained...
Posted by Allan MacInnis at 9:54 PM