Fassbinder and My Birthday 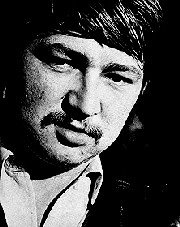 Bumped into a great quote from Fassbinder in a Senses of Cinema article -- I've never seen a director so concisely sum up his project: “Every decent director has only one subject, and makes the same film over and over again. My subject is the exploitability of feelings.” It puts its finger exactly on the pulse of his work.

Poking about such articles as a follow up to a viewing of Mother Kusters Goes to Heaven this evening, it occured to me today that I am now the same age as Fassbinder at the time of his death (also the same age as Lucy Jordan in the Marianne Faithfull song...). He had, in his 37 years, directed over 40 feature films. I've directed none, and never will; in about a week's time, though, I'll have outlived him...