Rupture this weekend - the new Jarmusch and much else; plus DVD sale!

So I did some writing for the Straight movie section for a change, reviewing Terror Nullius and The Cannibal Club, which are screening this week at the Vancity Theatre as part of Rupture, a festival of audacious "genre cinema fueled by artistry, originality and adventurousness," as the Viff website would have it. (Note - the links above lead only to the VIFF website descriptions; my reviews aren't online at the Straight yet). If all films are as good as the two I saw, it looks to be a delightful, mind-bending weekend, which kicks off tonight with a screening of Jim Jarmusch's The Dead Don't Die, his highly-anticipated zombie film. I always feel apprehensive about taking in a new Jarmusch, since he seems to veer wildly between making films that I pretty much love all of (Mystery Train, Down By Law, Dead Man, The Year of the Horse), and making films that I love only parts of, finding the other portion (which varies in size) irritating, precious, or self-sabotaging (Ghost Dog, for instance, or Broken Flowers). I actually quite liked his Detroit vampire film, Only Lovers Left Alive, so I'm hoping his return to genre cinema will prove inspired. I mean, Iggy Pop as a zombie? Can we really lose? 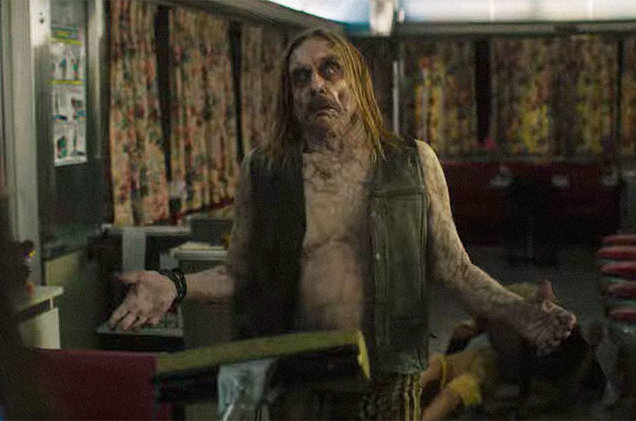 The other bit of news is that I'm going to be manning a table through much of Rupture - skipping Friday for Flipper - so that I can sell off a shit-ton of DVDs and Blu-Rays. Basically anything I've had for ten years without watching, which I can't see myself watching in the next ten years, is going on the table, including several films that I've owned for the prestige or importance of the filmmaker, without my feeling any concomitant love of or desire to engage with their work (Jean Luc Godard, say). It looks like I'm never going to be doing any serious work in the world of film studies; there's a hundred different ways of accessing films these days (I can sign out whichever Godards I want to see from the library, I should imagine); and my shelves are still jam-packed with movies that I can watch, neverminding Netflix and so forth. I figure I've packed at least 500 films to the Vancity. With some exceptions (Criterions, out of print films, or really tasty treats), I'll be selling the bulk of them for $3 each, or four for ten, or ten for twenty - with room to negotiate, of course, because I don't want to be hauling these back home when it's done. This is NOT just crap you pass over at the thrift store (tho' there is some of that, too). I'll be curious to see what happens today!

Nothing much else going on. See you at the Vancity, or Flipper, or somewhere.
Posted by Allan MacInnis at 9:54 AM

This is maybe Jarmusch's lightest film. It's the sort of film you sit in anticipation through, tittering now and then, anticipating that it will become epic. It doesn't, quite, but there are a lot of fun moments ("Chardonnay!") and fun performances (is this Larry Fessenden's first time in a Jarmusch movie?).

IMBD sez Fessenden is in Broken Flowers...long time since I watched it...i don't remember him in it...re:Bill Murray and Adam Driver...the deadpan don't act...i want to see it again without the anticipation...