National Day for Truth and Reconciliation: reactions and opportunities, and a few film recommendations

It is easy to be skeptical about having a National Day for Truth and Reconciliation. There are, no doubt, people out there who will experience this as mostly a day off work or out of school - who won't really care about why they're getting the time off or use it to educate themselves. Marcus Reichfield - a Victoria painter - described it in a comment on Facebook as a "hollow government gesture," and another Facebook friend, Bruce McKiel, writes that it is that "100%," characterizing it further as, "The government slugz giving themselves a day off to pat themselves on the back while the working class (indigenous and non-indigenous) are out working in the rain... A classic example of the 'We need to do better' stuff the politicians just don't seem to get."

But there is still potential here. To keep this from being "more lip service," there has to be an actual attempt to do something with the time. That doesn't seem impossible to me; we use Remembrance Day, another holiday that serves as grim reminder of the past, as a platform for education, and there's no shortage of resources that could be brought into the classroom in the run-up to this new holiday. Opus Art Supplies, for example, at the location where my wife works, are having a day of what sounds like very positive things, with an Indigenous staff member smudging the building and... well, I'm not sure what else; it's happening as I write, but they've given the person who is doing it, Ruby, free reign, I think, to design some activities, present stuff; not really sure what yet. And the school where I work, Vancouver Community College, is committed to Indigenization, as well; obviously I haven't been there for the last couple of days, but they've ALWAYS tried to prioritize Indigenization, funding staff to take the San'yas Cultural Training program, for example. Last time I was at the Broadway campus, they were in the process of removing a bust from the library of a guy who I think I have to describe as "some king," not because he necessarily had a destructive impact on Canada's First Nations, Metis, and Inuit populations, but because they'd rather have Indigenous art or something relevant to the school on display than a bust of someone that even I, a descendent of settlers allegedly tied to European history, cannot describe with clarity. The hell was that? "Some king." "Why are we taking it down?" "Indigenization." "Did he do something bad?" "No idea." ...when that is the level of connection to settler history you feel, it's hard to object to removing something, and if putting some other piece of art up in its place is going to make Indigenous people feel more comfortable using the space, do it!

Here's a few things that might be of interest, re: the National Day for Truth and Reconciliation: I've already mentioned, apropos of my Kier-la Janisse interview, below, that Jesse Wente's book Unreconciled is out, and it's at the top of my "to-read" pile as I recover from my surgery. I did not mention at that time that Wente will be conducting a virtual Q&A session with Tanya Talaga at part of the upcoming writer's festival, with the event taking place October 23rd (I might just feel better enough to attend?). 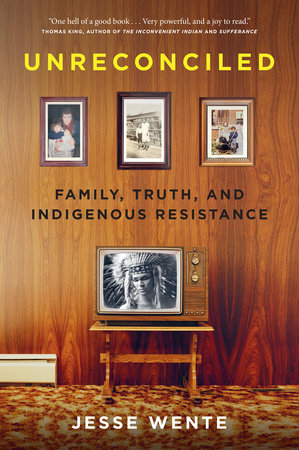 A subsequent happy discovery is that the film Reel Injun, which is where I first encountered Wente as part of the San'yas training, is actually available for purchase online. (Not through Amazon or eBay, though, where it is treated as an out of print collectible; it isn't - just go to McIntrye Media, linked above). It's a great film.

It's not a great ad, putting the two famous white guys' names first on the list, but I do understand that Clint Eastwood has more "draw" than John Trudell, and he does appear in the film - speaking most interestingly about the Adam Beach role in Flags of Our Fathers, where Beach plays Ira Hayes. Wente - in his role as film critic - and Trudell are the high points, though. I usually find Trudell a little hard to take, but recall a really blow-you-away moment where he talks about white people in the 1960's trying to adopt European fashions - buckskin jackets and so forth - in a very sympathetic light, observing that they, like all peoples of the world, were once part of a tribe, and it's not necessarily so much that they're trying to be Indians, as they are trying to reconnect to their own tribal roots.  Another great bit of journalism in the documentary is where they interview Sacheen Littlefeather about her standing in for Marlon Brando when he declined the Academy Award for The Godfather, asking her to read a speech about how he was declining because of the treatment of American Natives - which caused quite a ruckus and considerable hostility to Littlefeather. It also, however - and this is one of many moments where Reel Injun attains greatness - greatly lifted sagging spirits and morale in Pine Ridge, during the ongoing Wounded Knee Occupation and conflict with the FBI. Russell Means, who was present, also appears in Reel Injun, talking about seeing Littlefeather on TV making this speech while the FBI closed in. If you love movies, and love to think about movies, and care about representations of Indigenous peoples in movies, Reel Injun is a must see (it can also be streamed if you are Campus subscriber, but I don't know what Campus is). 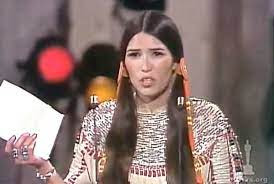 For VIFF enthusiasts, there are also four NFB shorts appearing at the VIFF this year, available for streaming as of tomorrow. Two - Mary Two-Axe Early and Nulujuk Night - appear as a program of shorts, here.  There is also Meneath: The Hidden Island of Ethics, also part of a program of shorts.

There are other films in VIFF with First Nations, Metis, and Inuit content, like Returning Home, the high-concept SF film (?) Night Raiders, and quite a few other films (you can actually just search their website for the word "Indigenous;" there are more than a few options available. 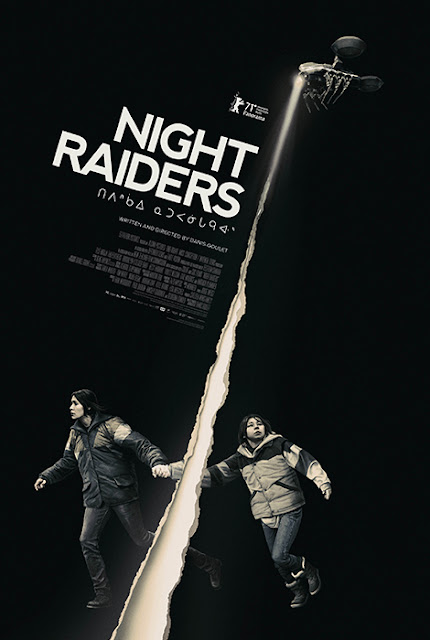 And of course, it's never too late to read the Final Report of the Truth and Reconciliation Commission, the summary volume of which you can buy as a book (Indigo/ Chapters stocks it as does Amazon.ca) or read online. It's sad, sobering stuff, but you won't find more relevant reading for today. 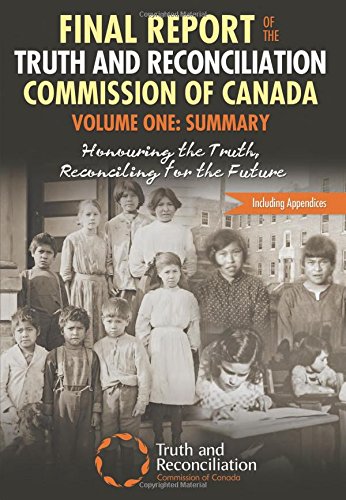 As a slightly irrelevant final note: my post-op "comfort food" movie last night was a film that has no overt Indigenous presence at all, but seems still strikingly relevant: John Carpenter's The Fog. I have no idea if anyone out there has connected that film to the history of colonization, but it's not a big leap. A town is about to celebrate its hundredth anniversary, but a priest (Hal Holbrook), discovering an old book, learns that the town was founded on acts of "theft" and "murder." The specifities of that theft and murder have nothing to do with American natives, but rather with the ghosts of angry but wealthy sea-bound lepers seeking to establish a colony nearby, who are tricked by the townsfolk and drowned; somehow, by removing all trace of the REAL acts of theft and murder that the United States and Canada were founded on, Carpenter creates an absence that the mind can't help be drawn to.

And it even touches on the themes of church complicity and the indecency of having a celebration - think this last Canada Day, "cancelled" by many after the mounting number of First Nations graves. Hal Holbrook, as a drunken priest with a conscience, mutters "our celebration is a travesty," at one point, and prepares to sacrifice his life in order to give back to the, uh, nautical leper ghosts what was stolen from them, in the form of a big golden cross. Leading by example, there, Hal. It's kind of a norm of Carpenter's cinema that he often doesn't seem to quite understand what he's doing - the most thought-provoking things in most of his movies (They Live aside) are usually above, between, and beneath the lines, so to speak... but he still manages to do it pretty well with this one. I'm not sure if The Fog counts as a productive activity to do for the National Day for Truth and Reconciliation - I suspect it counts as a cheat -  but I sure enjoyed watching it in this light. 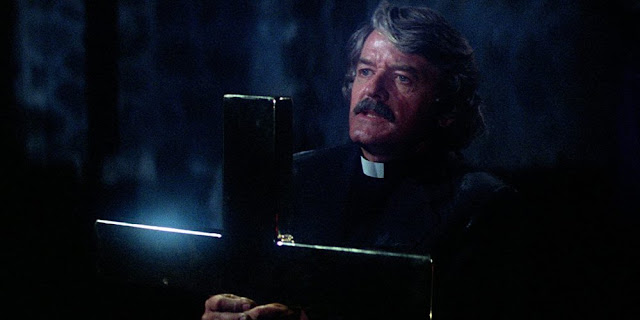