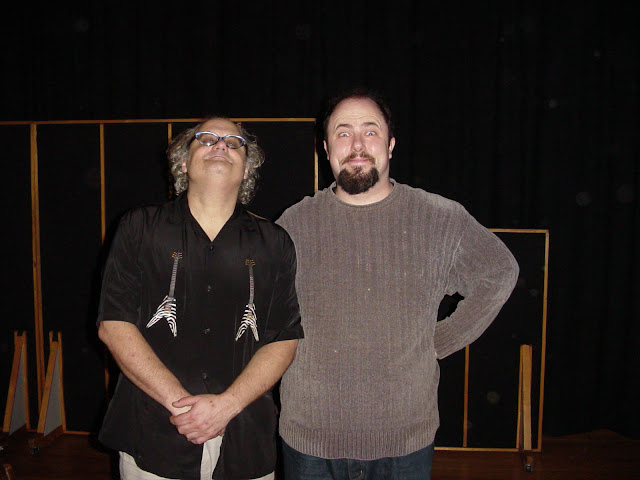 Eugene Chadbourne and in 2005 at the Western Front, photo by Dan Kibke, I think! (Look how brown my beard was!).

I will be away from this blog doing other things, including some actual writing.

There's an excellent article by Grant Lawrence on the insane way property taxes are calculated and charged to the small businesses who rent spaces in Vancouver.

The Red Gate Arts Society have a related petition on their website.

Cass King and the Cassettes have an album release party this Thursday at the Fox.

And a February show has been announced where (the great) Eugene Chadbourne will share a bill with Stephen Hamm, Theremin Man!

There are also a few other February gigs in the States for Doc Chad, if you're a fan, and probably an island show (and maybe even a couple other BC shows). Eugene will be playing February 13th in Oregon at a club called Turn Turn Turn, and February 16th, in Seattle, at Gallery 1412.

That's all I got for now. Have fun.
Posted by Allan MacInnis at 8:42 AM