The Rebel Spell headlined Adstock this year, debuting a couple of new songs and playing plenty of old ones, focusing more on the hardcore side of their repertoire (and making a sincere effort not to cuss). Of the new ones, I was particularly blown away by the one that wasn't called "Not a Prayer" but it beats me what the title was; Erin's guitar was pretty killer on that other song, though. Haven't much to say about the show - they're the best punk band around at the moment and do a great live show - but here's some photos I snapped. By far the funniest moment was when some wag up front suggested a circle pit AROUND the gazebo, and my girl and I had to get out of the way as, mid-song, twenty or thirty punks started their sprint. That's Jonny Bones of the Bone Daddies in the black skeleton shirt! (I missed the Bone Daddies set this year but only because I was busy with some behind-the-scenes support activities down the street in my apartment...). Once again it was a terrific Adstock, thanks to Adam Rayburn for putting it together. (And happy birthday!).

Let's start with the gazebo, seen as you approach from the street; the audience is on the far side: 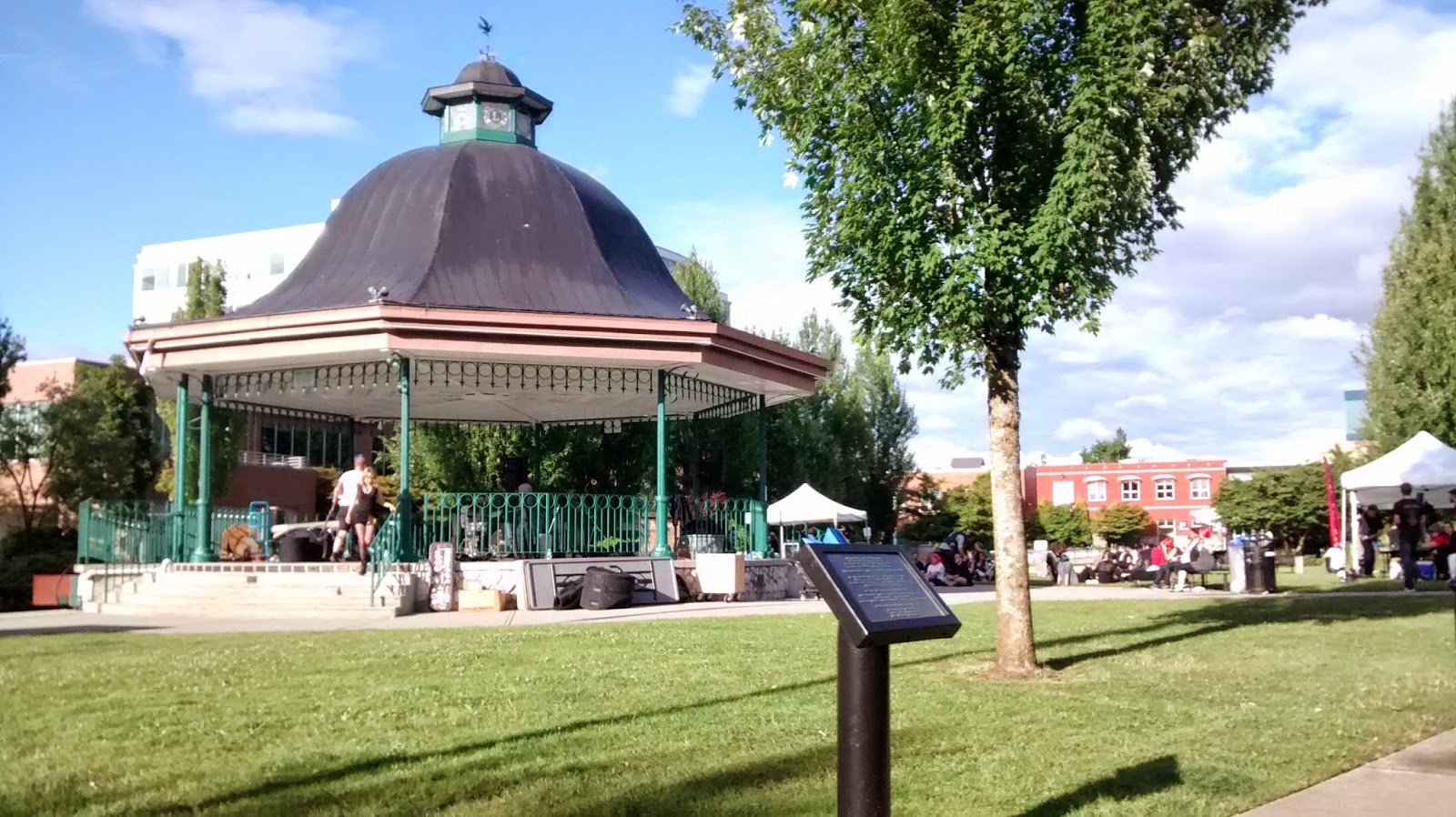 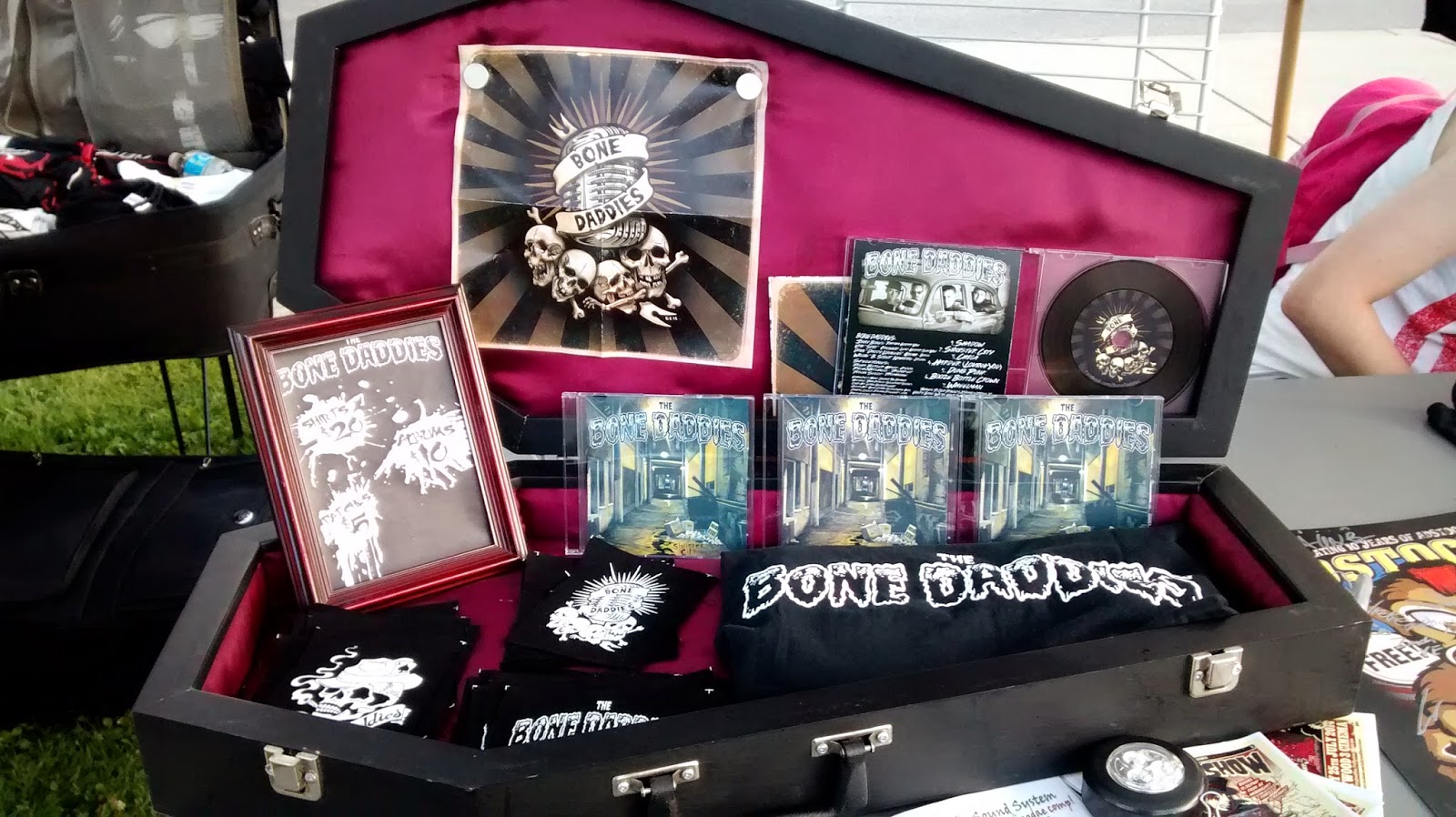 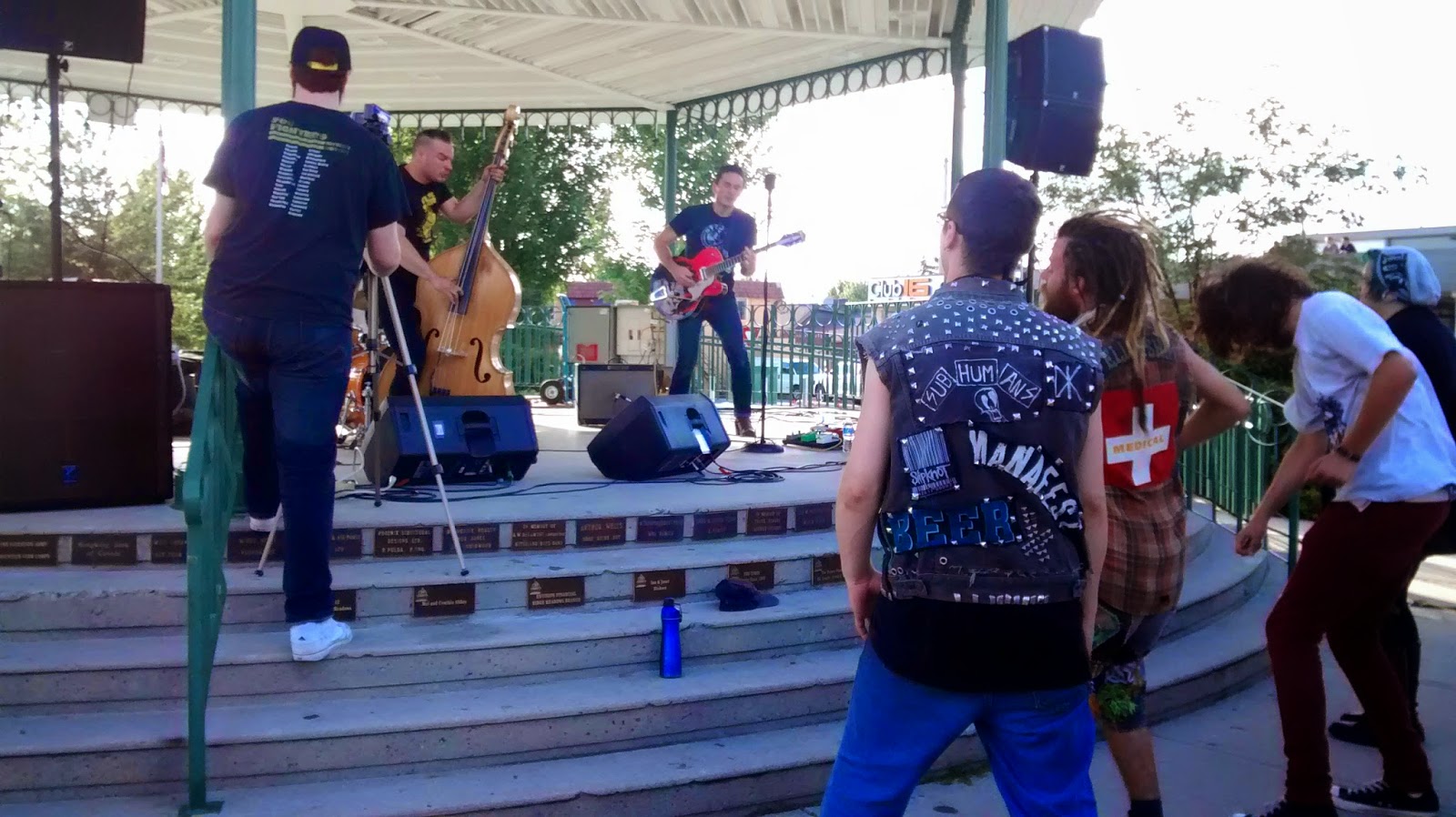 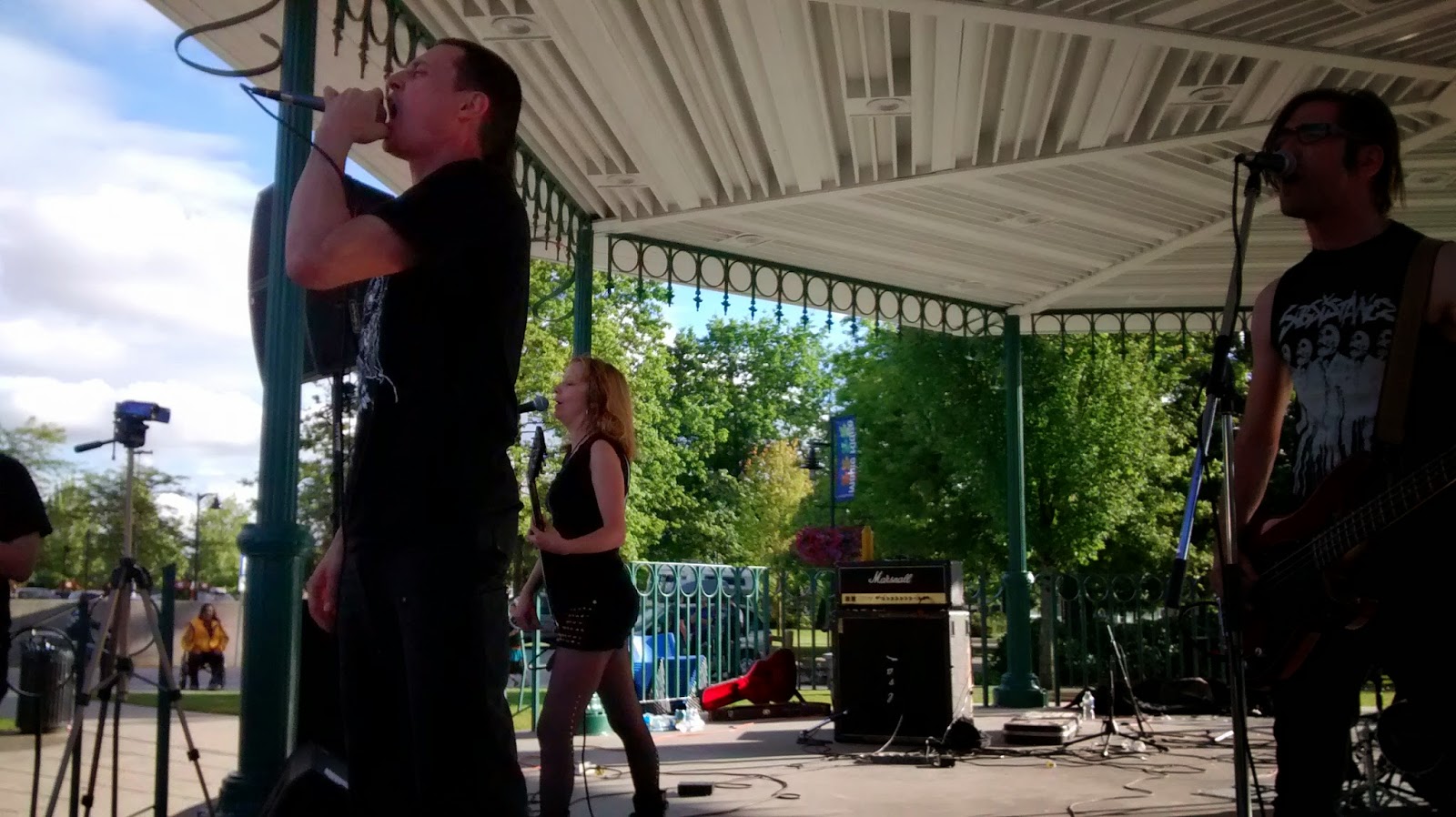 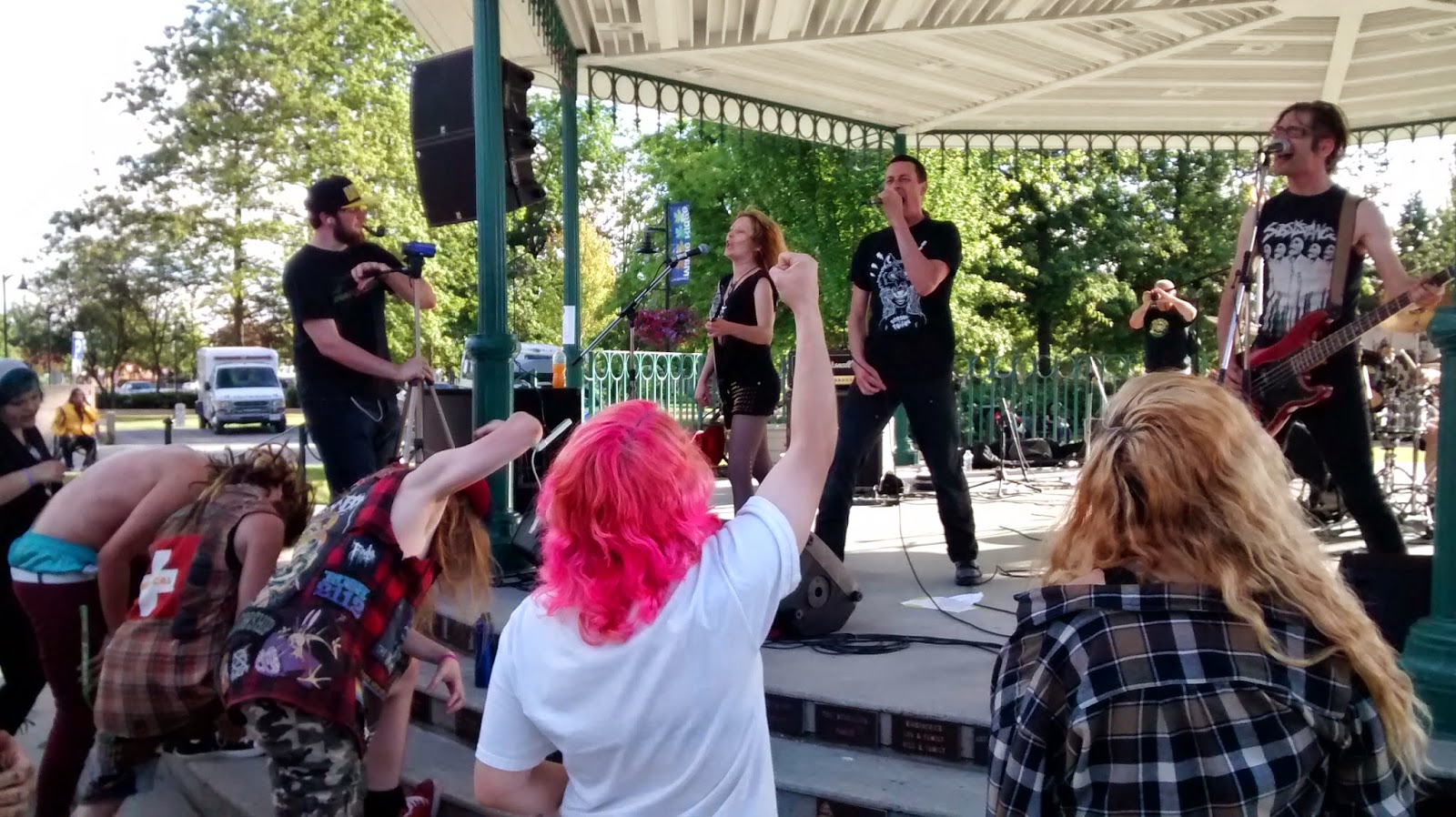 Circle pit around the gazebo! 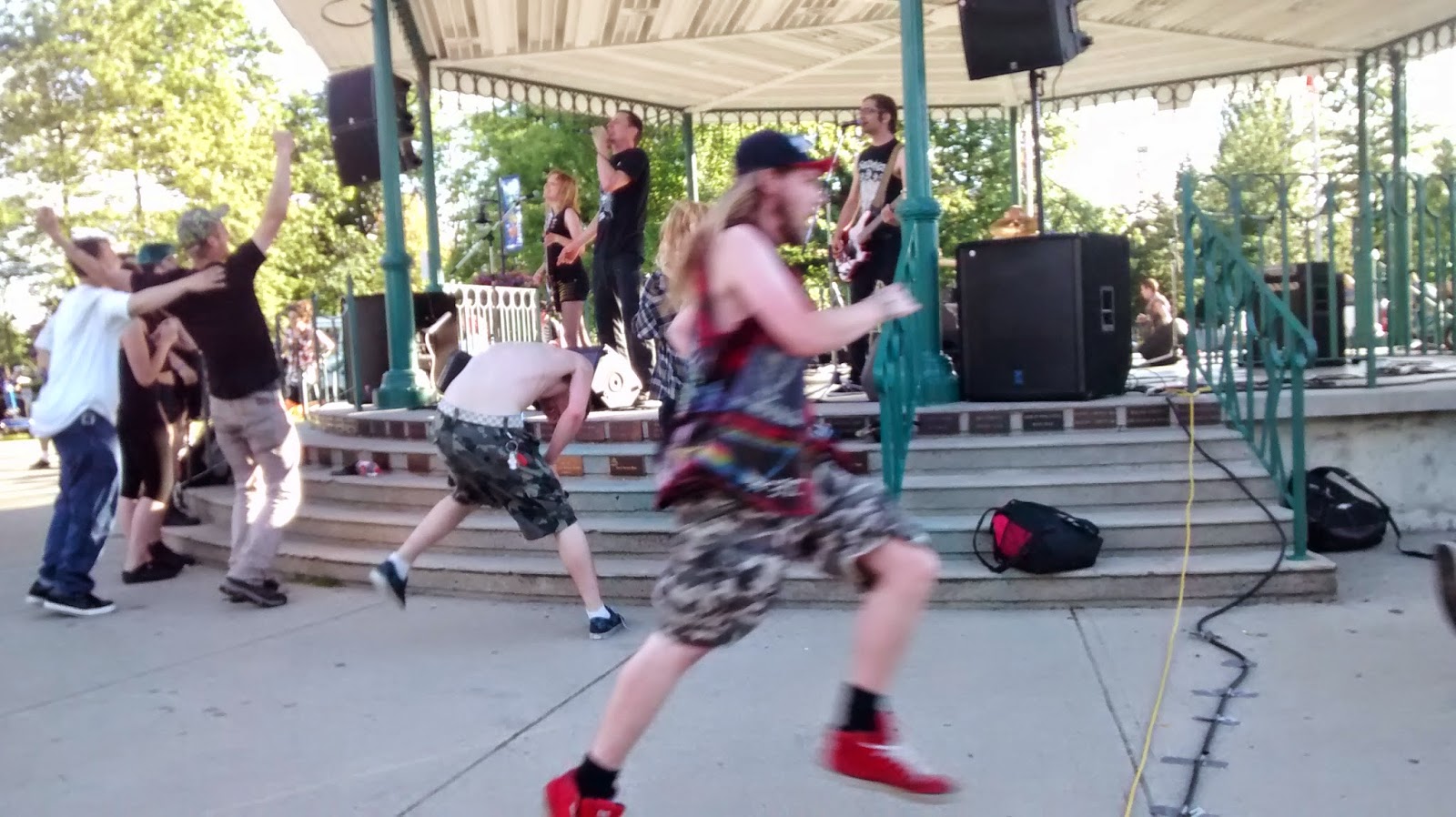 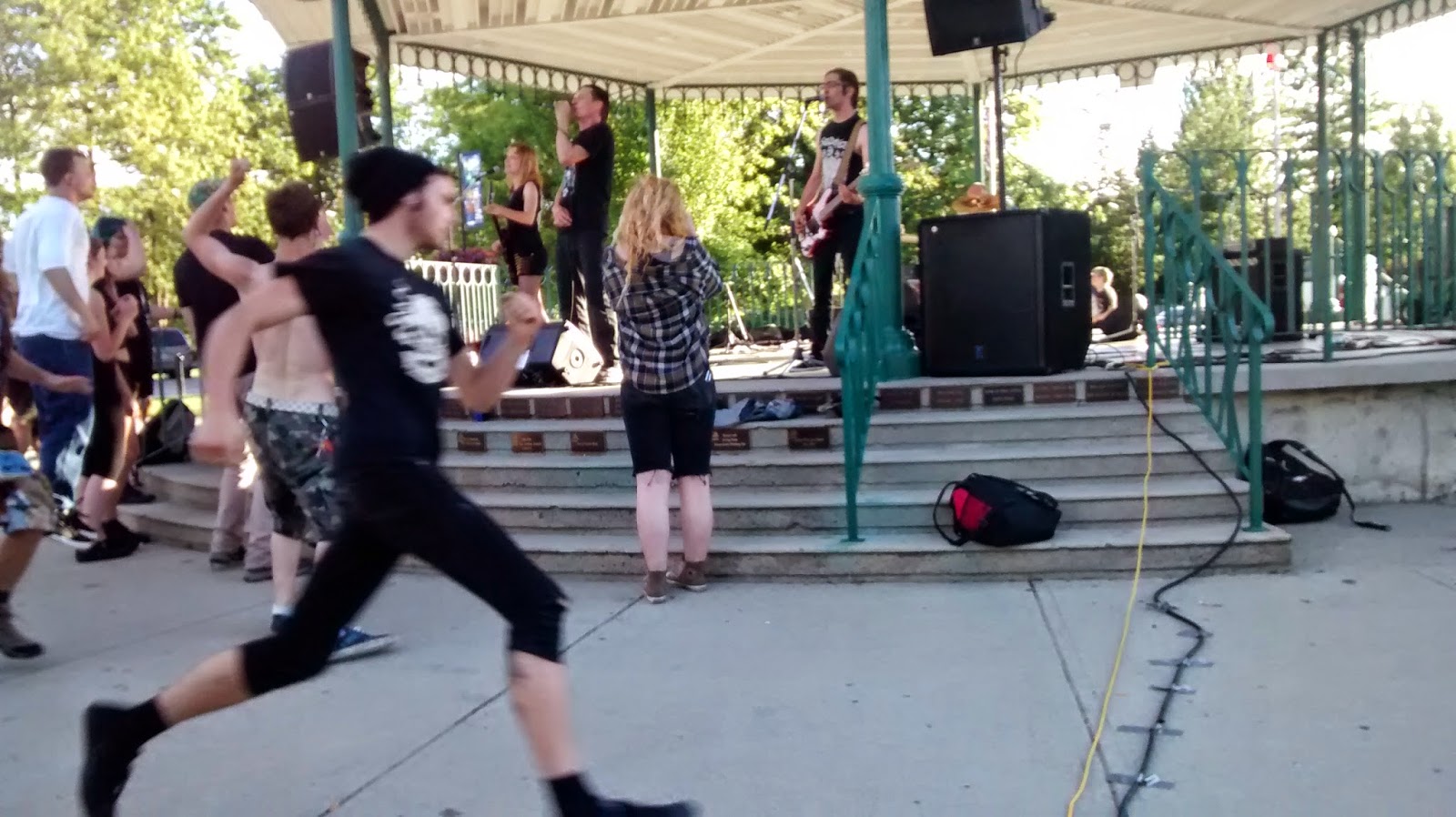 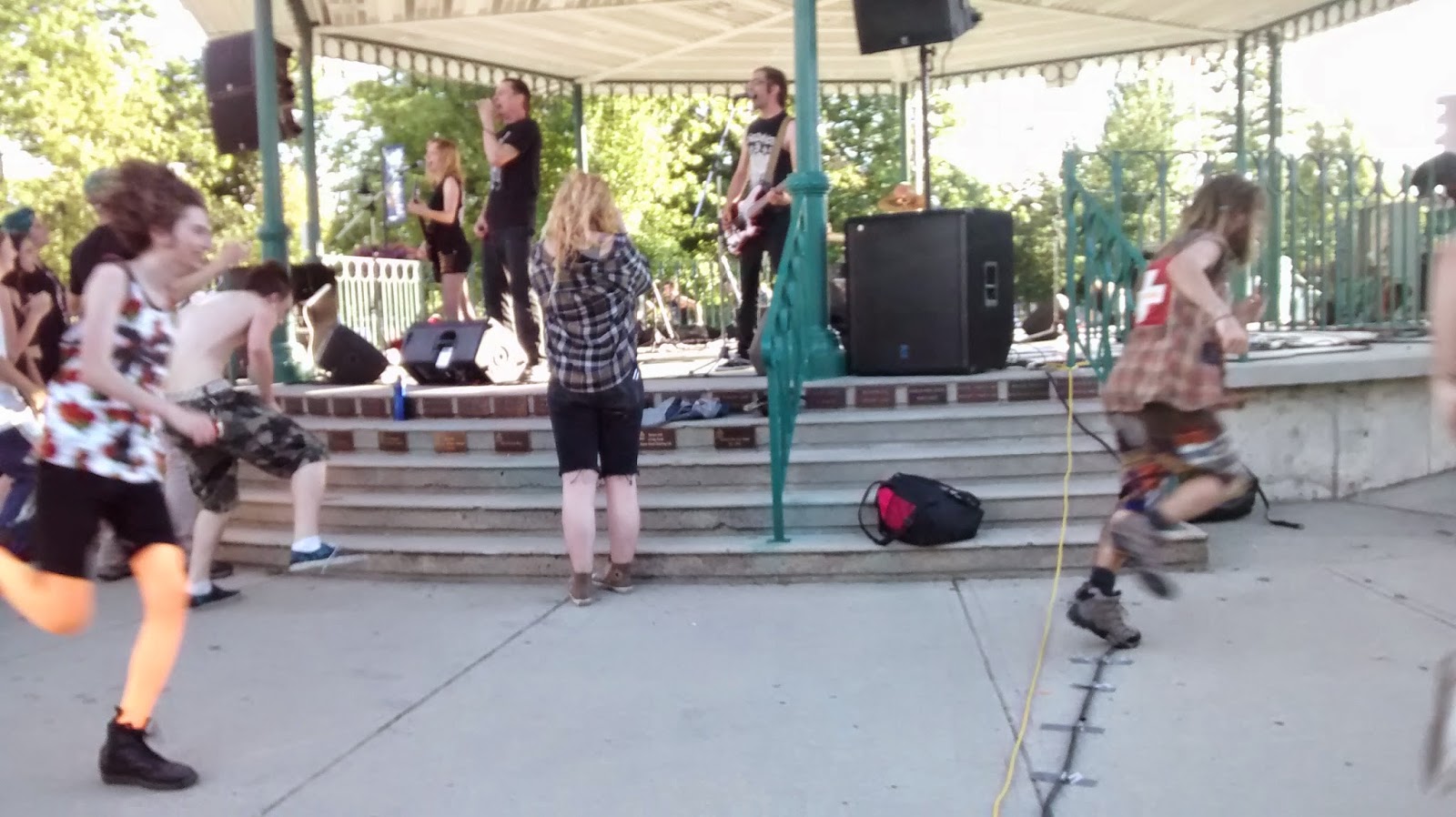 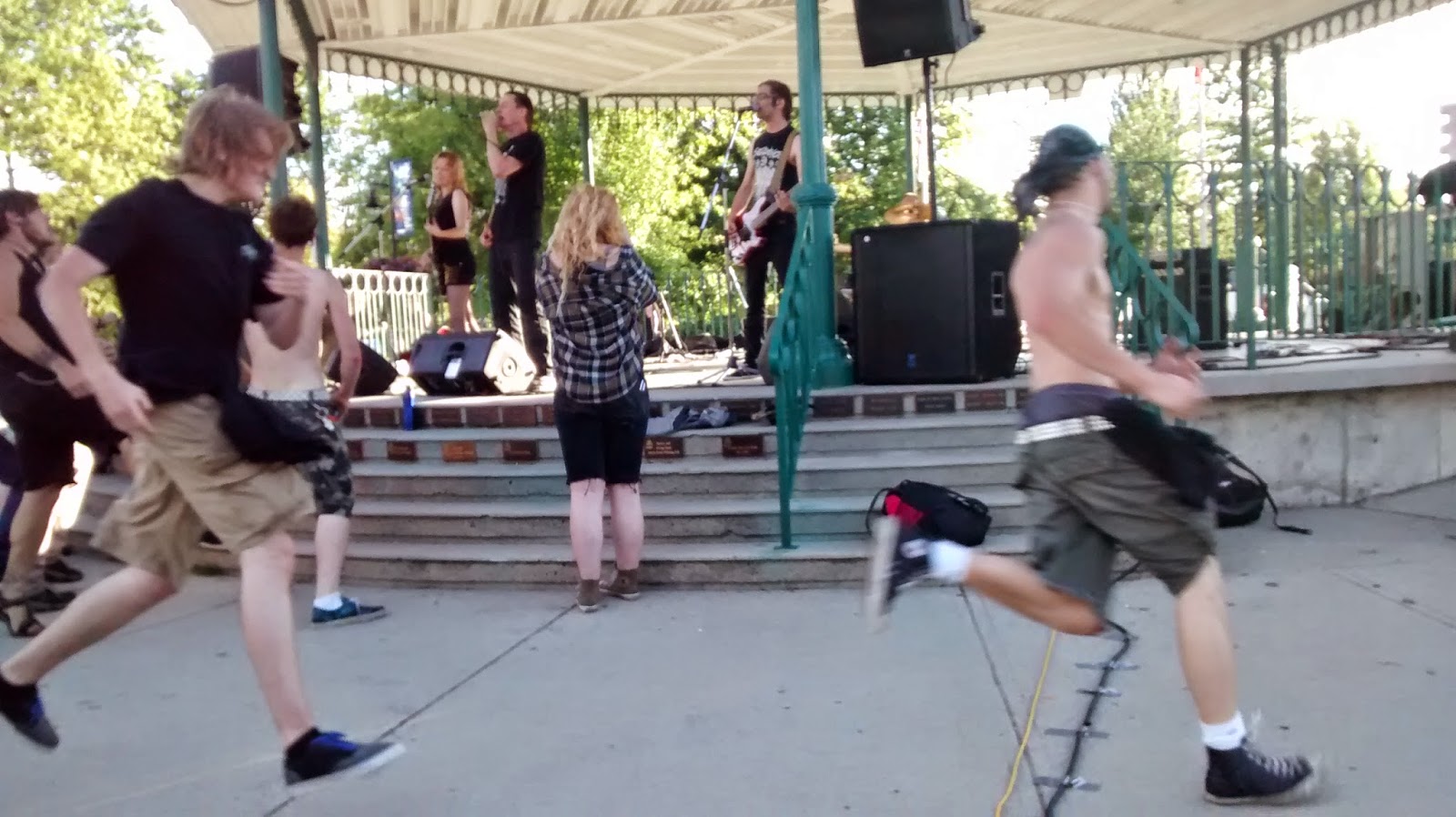 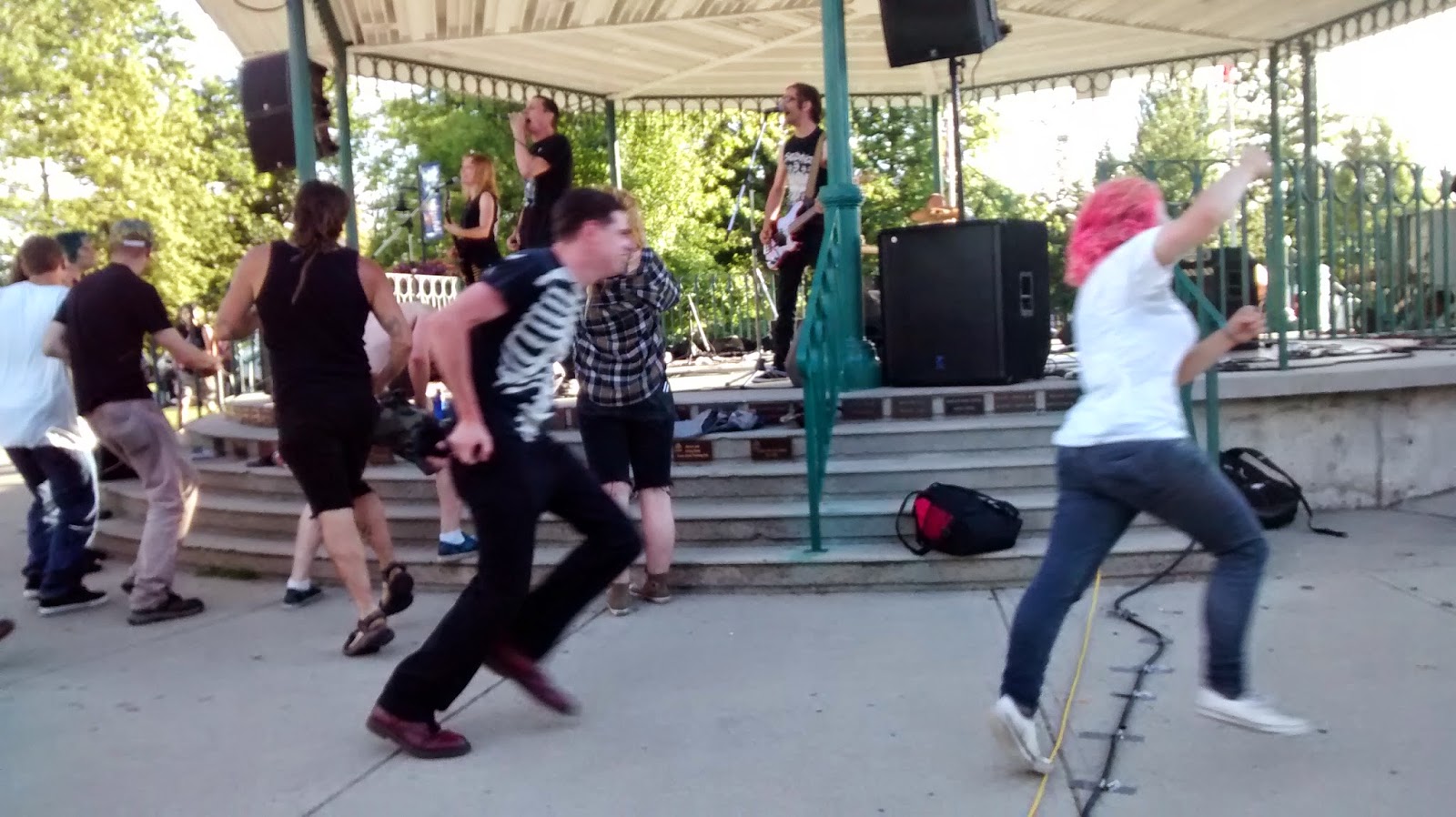 "Not a Prayer" was great, by the way, I just thought the other one was cooler...