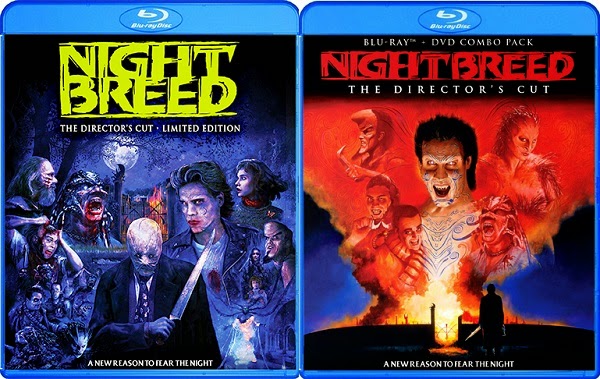 The internet is a funny place. Lots of people out there are waiting for reasons to vent their anger. This week, in the geeksphere, a lot of that anger is being vented at Scream Factory/ Shout Factory, who are putting out the much anticipated Nightbreed: The Director's Cut, with a street date finally announced of October 28th. While a lot of people are just plain delighted the release is happening at all, a certain contingent is incensed because a) there has yet to be a European distribution deal struck, meaning this is a R1 only release; and b) there is a deluxe, limited edition being offered for $80 that includes a Blu-Ray of the original theatrical cut of the film and a disc of as yet unspecified extras. Pre-orders are happening now for that. 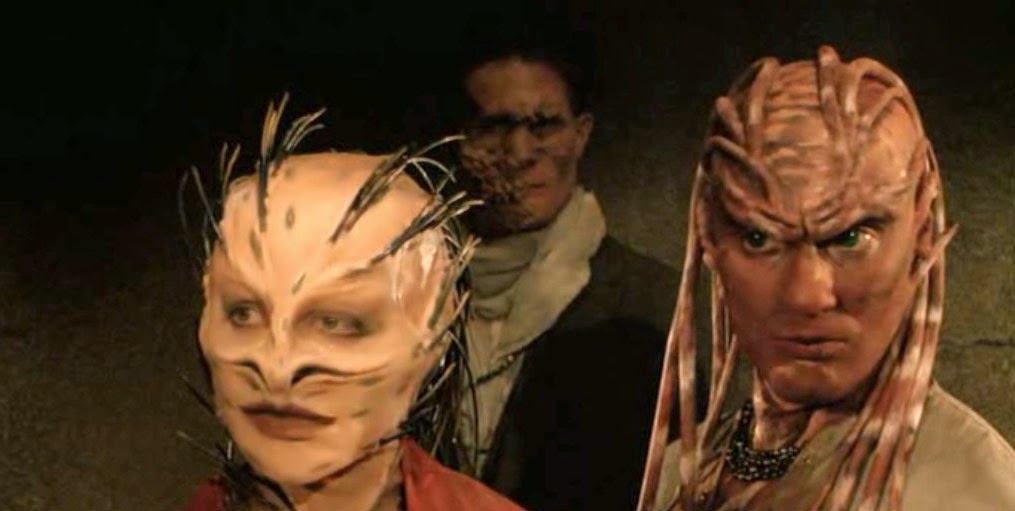 It is POSSIBLE that some of those unspecified extras would be interesting enough to make me wish I'd shelled out the $80 for the limited edition - if, say, there was an inclusion of the Nightbreed Cabal Cut, which is certainly historically important enough to merit owning, or if there were cool featurettes from back in the day involving David Cronenberg. It's mildly irritating that we're being asked to make up our minds when we don't yet KNOW what those extras are going to be. All the same, the two-disc director's cut (on Blu- and DVD) will be selling for a mere $25, which is totally fair, and which, I think, will be fine by me; I can't justify paying an extra $55 (plus $18 shipping to Canada) for extras I may never watch and a bonus Blu- of the version of the film that I already own on DVD. I just can't see people getting nasty over such matters - especially since there will no doubt be a Warners Blu- of the theatrical cut (and a European release!) at some point in the future... 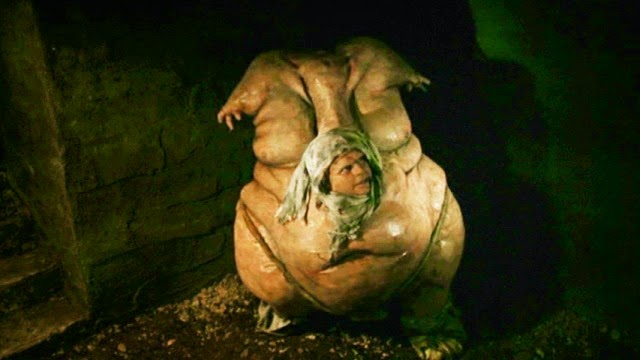 If you're still really mad, folks, just a couple of thoughts: are you really mad at the people who have laboured long and hard to make this release happen, or are you mad that you're broke and/or that DVD regions exist? Neither are the fault of Scream Factory. Me, I'm just excited that there is a director's cut happening (and that they did finally locate the original elements of the film, which had been thought lost). Plus the limited edition set sounds like a damn fine idea to me, for those willing to pay for it. It ain't me, babe, but I hope all 5000 sell out long before October 28th! 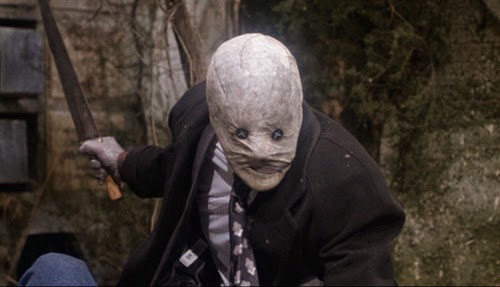 Posted by Allan MacInnis at 2:14 PM

I was used to Laserdisc pricing back in the day, when your $200 got you one box set and two other movies, maybe. The deluxe edition will be a dream come true for the fans (I'm not one of them), and I hope somebody somewhere is still willing to pay an amount of money for something that they want.