In Praise Of Recent Motorhead 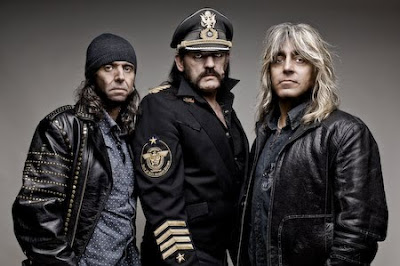 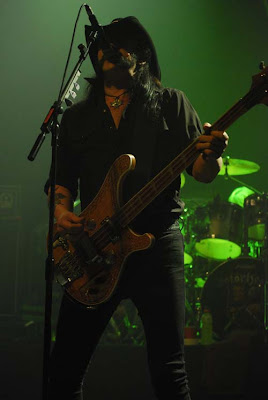 Motorhead in Vancouver, by Femke Van Delft. Not to be reused without permission.
Posted by Allan MacInnis at 1:18 AM

I was equally surprised that Motorhead was still making such great albums--further proof that Lemmy has indeed sold his soul to the Devil.

I got into Motorhead with Orgasmatron. I loved all their albums, but found Rock and Roll uneven and and didn't really get into 1913. I wrote them off after March or Die, which I considered a terrible album - a Nugent cover, guest appearances by Slash and Ozzy - what a sellout! As a result, I skipped Bastards - the first album of theirs that I hadn't bought. When I decided to see them on the Sacrifice tour I decided to go out and get the two albums that I had missed. They were awesome!
I was unsure about Overnight Sensation, though there were a couple of tracks that redeemed the album and I always felt that Snake Bite Love was disappointing. Although I didn't mind We Are Motorhead I never got into Hammered and haven't listened to one of their albums since. I definitely have to give them a listen.